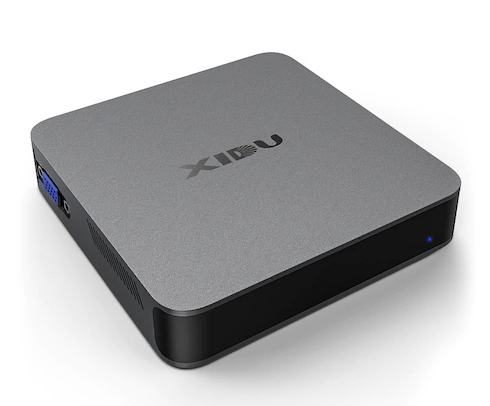 The Chinese company XIDU presented its analogue of the Mac mini, the new product was named XIDU PhilMac. Of course, the main feature will be low cost, however, as well as compactness.

XIDU PhilMac is based on Intel Celeron J4115 Gemini Lake processor, which is clocked at 2.5 GHz (Turbo). Intel HD Graphics 600 (referred to as BMAX B2 Plus) is responsible for the graphics part. As for the amount of RAM, it was 8 GB DDR4, while there is a constant 128GB M.2 SSD (expandable up to 512GB). Declared support for 2.4G / 5G Dual Band WiFi, Bluetooth 4.1, Gigabit Ethernet.

The design of the device is a bit like Mac mini, but if you look at it in detail, then the differences are cardinal and it is wrong to compare the solution from Apple and from XIDU.