In 2017, the smartphone industry began to enter the full-screen era. Especially, the emergence of the iPhone X with a notch screen made the world change, and major manufacturers have started imitating. The improvement of the production process and the reduction of the cost have enabled the thousand-yuan smartphones to use a full-screen. On October 10, OPPO officially announced: ‘The first thousand-yuan screen fingerprint smartphone, the new series K1 is coming!’ The announcement of the OPPO K1 uses 3 keywords – thousand-yuan handset + screen fingerprint + water drop screen. If it is not OPPO, we could think it’s a marketing gimmick. But this manufacturer is among the top smartphone makers in the world. So it makes this review more interesting.

As you can see, this is the 6+64GB variant of the OPPO K1. It also comes with a blue and purple gradient design.

The packaging is white. It carries the company’s green logo in the center of the front and on the sides. The front has a halo texture that resembles a water-grained fingerprint. This model uses a flip-page design.

Of course, it looks more amazing than the 5.8-inch iPhone X. Especially, the height difference is obvious when put next to each other. Apart from this, the screen has a larger field of view.

As a brand new series, the OPPO K1 continues the advantages of the R series in the design, using IMT nano-injection material body. The back uses the much-popular gradient effect. Although the rear case looks shiny, it actually comes with a clinker material, and it is easy to contaminate the fingerprint.

The body and middle frame of the OPPO K1 are very natural in transition, and the color of the gradient is also reflected in the middle frame, making the transition of the entire body very natural. A golden metal ring is added to the camera section to enhance the texture and temperament.

The OPPO K1 sports a triple-card design. Thus, there is an additional TF card slot. So you don’t have to scarify one of the SIM card slots when you need to expand the memory.

The volume button and the power button are distributed on both sides, similar to the iPhone layout. The forehead design of the OPPO K1 looks smaller than the official website renderings, and the official tip of the waterdrop screen looks like a larger arc than the Smartisan Nut R1. But it is more natural in the arc design. Doesn’t the so-called water drop screen seem like a drop of water? But even if you don’t like this beauty, you will forget his existence in the actual use process, and it will have no effect.

In terms of configuration, the OPPO K1 did not disappoint us. It is equipped with a Snapdragon 660 mobile platform. It’s a very popular super mid-range processor that can be found on thousands of smartphones. Though the Snapdragon 7XX series has come to replace it, this line still continues to stay quite competitive. Shortly, the Snapdragon is an octa-core 64-bit CPU and can fully meet the daily needs. At the same time, the OPPO K1 also has a maximum of 6GB of RAM, which will make all apps and games don’t run out of memory.

This configuration is one of the selling points of the OPPO K1 because it is considering to be a thousand yuan smartphone, but this set of features can be found on 2000 yuan models. In AnTuTu, it scores over 130.000 points, which is a bit lower than the Xiaomi Mi 8 Lite (Youth Edition), but it is slightly higher than the Honor 8X Max.

Through the stress test, it can be seen that the main frequency of the smartphone can reach 1.9GHz, and the battery temperature of the OPPO K1 will reach 45 degrees under high pressure. However, after the test is completed, the temperature of the top of the phone near the camera position is too high.

To determine the real advantages of the OPPO K1, it was compared with an old-gen Snapdragon 660. So compared with the old generation, this CPU has a certain improvement in the new generation process and optimization, and the overall performance does not increase greatly.

Compared with the Xiaomi Mi 6X, the performance is basically the same, which is a lot lower than the 156.000 points of the OPPO R17.

In terms of battery life, the OPPO K1 sports a built-in battery with a typical capacity of 3600mAh. After one hour of 1080P video playback, half an hour of listening to music, half an hour of surfing in the net, and one hour of gameplay, its remaining power is 60%. So we can guess the OPPO K1 is capable of providing normal battery life for a daily use on a single charge.

In the Honor of Kings, when the high image quality and high frame rate are turned on, the game is generally maintained at about 50 frames, and the picture quality is basically stable. In some scenes, occasionally the game quality will fall to 40 frames. So if you want to play this game, you don’t have to worry about it.

During the game, the OPPO K1 will automatically enter the game mode. If there is a phone call, it will prompt directly at the top. The phone also specifically speeds up and optimizes the game, and some services even charge. Through the picture, it can be seen that the game assistant will perform graphics acceleration and network acceleration while the game is running, optimize the use of system resources during the game, and protect the game network and enhance the game experience.

Another popular game, PUNG has relatively high hardware requirements for smartphones. The highest quality that we can drive on the OPPO K1 is the ‘HD’. The actual game experience is still quite good.

The OPPO K1 is equipped with a light-sensitive screen fingerprint technology, which uses a screen-down lens scheme to unlock the handset. At the same time, the fingerprint unlocking under this screen also supports AliPay and WeChat fingerprint payment. There is no doubt that the cool operation of the screen as a payment can be the biggest selling point of this phone. We should also mention the fingerprint under the screen will also become the future development direction of mobile phones.

Officially, the company has issued a statement: ‘OPPO’s light-sensitive screen fingerprint is unlocked using a CMOS solution and a MicroLens with a 3P lens. There is a 2x2mm large sensor with a single pixel size of 12.5?m and a resolution of 160×160. So the handset can be unlocked in 0.41 seconds’

Taking photos has always been the strength of OPPO, and it continues to come with strong camera features in the new series. The front-facing 25MP camera is equipped with an AI smart beauty algorithm. Honestly, this is one of the biggest selling points of the OPPO K1.

According to the official introduction, the 25MP camera accurately captures 296 feature points on the face. With the new AI beauty algorithm, you can personally analyze face information in milliseconds. From the 8.8 million beauty options, you can only match the exclusive beauty adjustments. In addition, you can also choose a ‘sticker’ to add a lot of fun and make the selfie more interesting.

The OPPO K1 uses a 16MP + 2MP camera combination, in which the main camera is Sony IMX519 CMOS, with 1.22?m large pixels, which is significantly improved compared to the previous generation IMX398. The camera uses an aperture of f/1.7+f/2.4 on the back, while the front camera has a f/2.0 aperture. And the sensor size is increased from 1/2.8 inch to 1/2.6 inch. At the same time, 21 types of independent scenes and 800 scene combinations can be identified.

In a bright environment, the imaging quality is very good, the whole picture is very bright, and the details are also very good. In the indoor and night environment, the OPPO K1’s night shooting quality and tolerance is also very good, the main camera’s F/1.75 large aperture makes the phone’s night shooting ability very strong. A large amount of light brought by the large aperture is combined with the excellent imaging effect of the IMX398.

The OPPO K1 can intelligently identify 16 independent scenes, 120 scene combinations, and optimize color according to different scenes to make photos more vivid. The AI portrait mode has a more natural depth of field effect, just like for a photo-lover, with a professional photography assistant.

OPPO K1 runs on the Android 8.1-based operating system, namely ColorOS 5.2. In terms of UI, it mainly refers to the iOS system. If you like playing with the UI and customize it according to your taste, there are plenty of themes and options you should take a glance at. There is even an interesting feature seen on Xiaomi handsets mainly. It’s called a negative screen. Something like that is offered by the OPPO K1 too.

The layout of the desktop applications can be selected as 4×6 and 5×6. It can be seen that the applications are reduced in size and shortened in spacing to lay down more applications. In addition, ColorOS 5.2 comes with network acceleration and game space features, but the acceleration service requires an additional fee after five days of free experience.

ColorOS 5.2 also has a smart sweep of highlights, including features such as translation, document recognition, and problem solving. This feature was previously used in the QQ mobile browser.

As the first product of OPPO’s new series, the OPPO K1 proves it is a great phone, which comes with many features found on top-notch models. But do not forget that the K1 is a thousand yuan smartphone. Honestly, we haven’t been expecting this phone will come with so many selling points. But the fact is our protagonist can boast of a screen fingerprint support, gradient housing, drop screen design, strong selfie camera, good main dual-camera, proven performance, and so on. So there is no doubt it is going to become one of the most selling thousand yuan smartphones in the market. 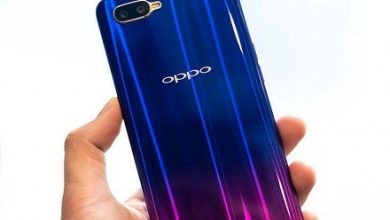