Though the OnePlus 6T is an upgraded variant of the original model launched earlier this year, there are not too many changes. Probably, the most eye-catching improvement refers to the screen. Now it is using a trendier drop screen design, and it also comes with a screen fingerprint recognition. At the same time, there is no 3.5mm audio jack anymore. This amazing phone is currently available for purchase at $419.99 only.

The OnePlus 6T sports a 6.41-inch Optic AMOLED display with a resolution of 2340 × 1080 (aspect ratio 19.5: 9), which support sRGB, DCI-P3 color gamut, and is covered with the sixth generation Corning Gorilla Glass. Due to the narrowed borders and the new drop screen, the screen ratio is way higher than that on the previous model, which is using a notch screen. The fuselage is rounded and the 185 grams weight/8.2mm thickness provide an excellent grip.

As for the hardware, the OnePlus 6T is packed with a Qualcomm Snapdragon 845 chip. It is paired with a 6/8GB of LPDDR4X RAM and a 128/256GB UFS 2.1 storage. The battery capacity is 3700mAh, which is 400mAh larger than its predecessor. It also has the best battery life in history due to the Smart Boost Memory optimization technology. But OnePlus has also come with Game Mode 3.0 as well as worked with Tencent and NetEase to increase the game loading speed by 20%.

On the back, the OnePlus 6T carries a 16MP + 20MP dual-camera (Sony IMX519 + 376K), which has a dual-aperture of f/1.7. This camera also supports OIS and EIS and has joined the new and upgraded AI technology, which brings a lot of fun such as super city night scene mode, an independently researched and developed night scene HDR, jitter, noise reduction, and provides a better imaging performance.

The front camera has a 16MP resolution. It uses AI to intelligently recognize facial contours and natural background segmentation. The portrait recognition is more precise, and the background blur is more artistic. It claims to achieve the ‘most artistic portrait light effect’ ever.

Finally, the OnePlus 6T runs on Hydrogen 2 OS, which is based on Android 9.0. It has more than 500 optimizations and supports full-screen gesture 2.0. It can set the operation area according to the left and right hand habits. 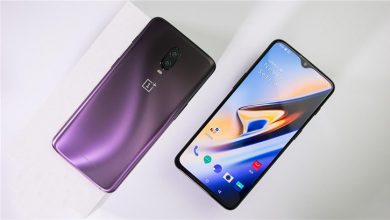 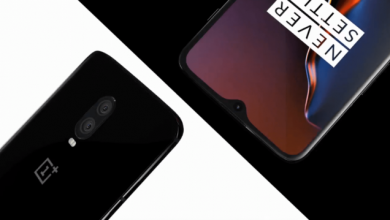 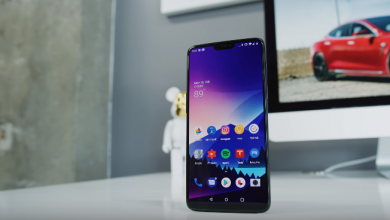