In today’s comparison, we decided to compare two of the most purchased smartphones with high- end or OnePlus 6 and Xiaomi Mi 8, which are characterized by high quality/price ratios. In fact, after many of the requests made in recent weeks, we decided to focus on both devices to help you understand what is best for your choice.

So let’s not lose ourselves in further conversations, let’s analyze them in the comparison! before going deep have a look the two smartphones on Gearbest. 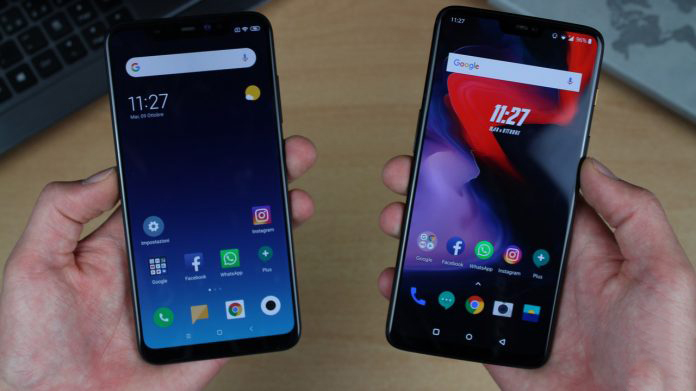 The size of the two devices is really very similar, in fact, the OnePlus 6 measurement 155.7 x 75.4 x 7.8 mm is a weight 177 g, Xiaomi Mi measurement 154.9 x 74.8 x 7.6 mm for a weight of the $ G. From this, it can be concluded that manageability is actually the same, so there are some difficulties in both. A presence of the back cover in glass is also calculated in the use of a single hand. When you place your smartphone on a slightly tilted surface or sofa, the latter makes them very slippery, so you need to pay close attention.

Back to mobility Obviously, use is not entirely affected because we can send messages even without using both hands, but it should always be mentioned that we are not talking about very compact smartphones. I can agree with a little OnePlus 6 It cares about my dull side smartphones can make it easier to grip.

As for providing design options that are subjective and vary according to taste, this does not mean that it is not Xiaomi Mi is obviously inspired by iPhoneX and, as we said during the audit phase, from the company side, We might expect more stuff, Ray. That’s why I chose OnePlus 6, because the back cover has more personality than his competitors, both because we have frontline gaps and more content under the framework. 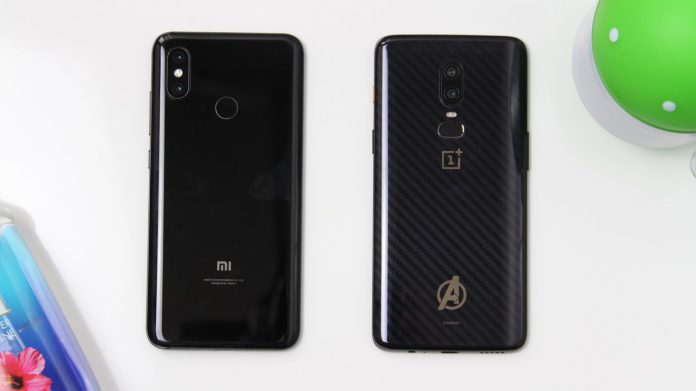 However, the gap between the Xiaomi Mi It is more extensive because it has an S infrared for useful 2D facial recognition, the company’s device does not have Carl Pei This depends on the standard facial unlock di android system. 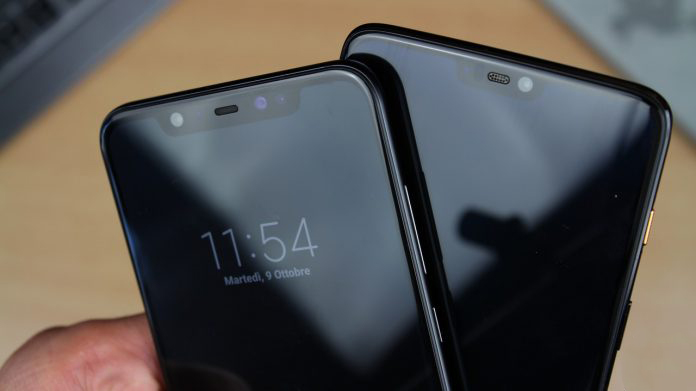 However, the latter in addition to presenting comfort outside the alarm slider We have learned to enjoy on all of the company’s smartphones, also have mini Jack input, unfortunately, did not appear in my 8. Obviously, Xiaomi inserts an adapter inside the sales package, but a few times in a hurry I happened to forget it at home and couldn’t remedy it in any way. From this point of view, I think the convenience of a smartphone with mini jack input is undeniable. 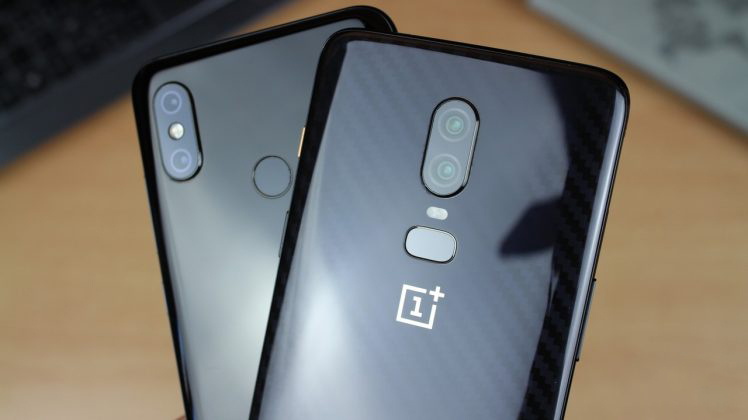 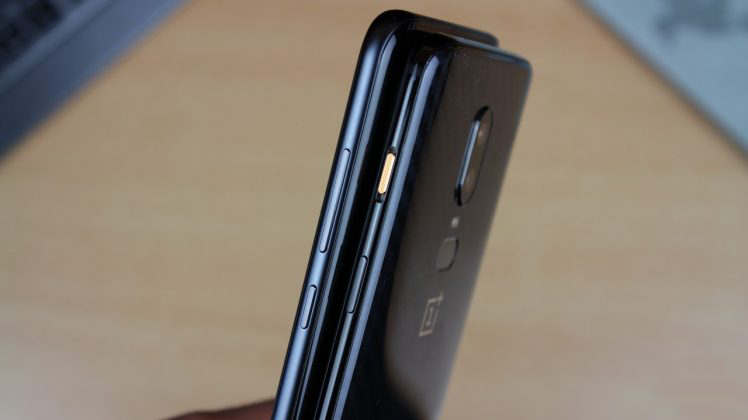 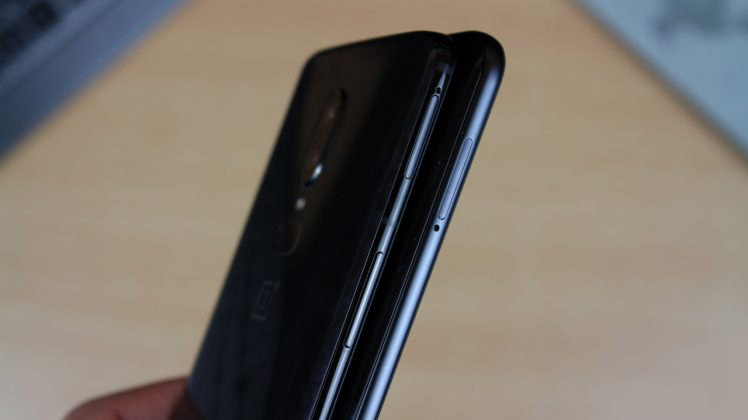 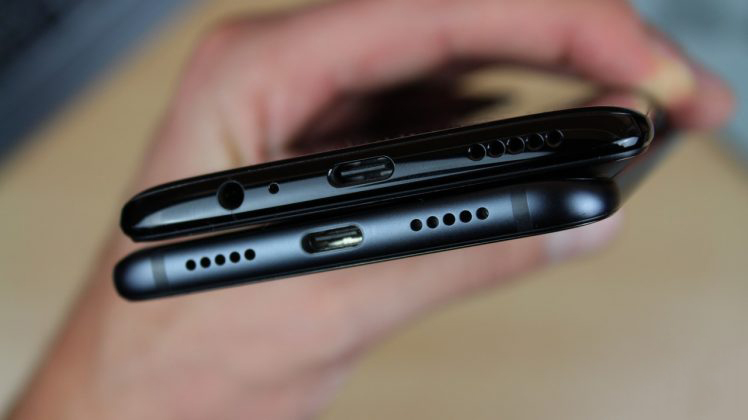 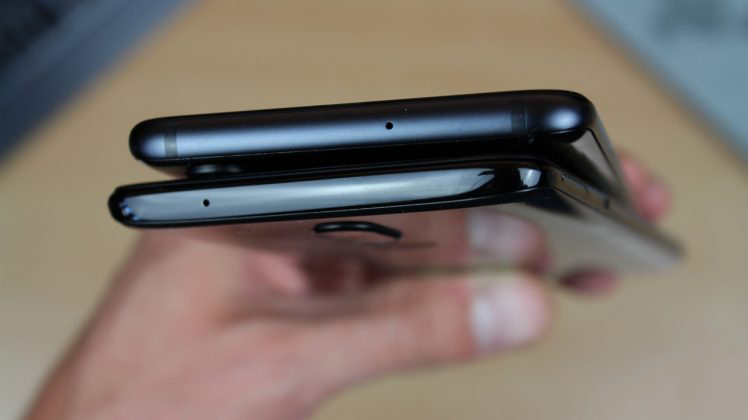 In this regard, I will provide you with a summary of the relevant technical specifications so that you can analyze all the details later:

Suppose we’ve compared the two devices to the default settings, and two panels are very high quality. OnePlus 6 gift color slightly more vivid e pleasant, as well as the highest brightness slightly higher, white more faithful to the extreme angle. But I found some deeper black Xiaomi Mi Although we talked about the minimum separation.

What really does the difference between the two is the setting. In fact, OnePlus 6 allows us to calibrate colors through configuration files of sRGB, DCI-P3, Personalization and adaptive mode, in addition to the fact that we can activate the reading mode (The interface will be shown in black and white as electronic ink) and that night. In addition, we can hide the gap through the software and activate its environment screen, which is definitely not so useful to always show up on his opponent. 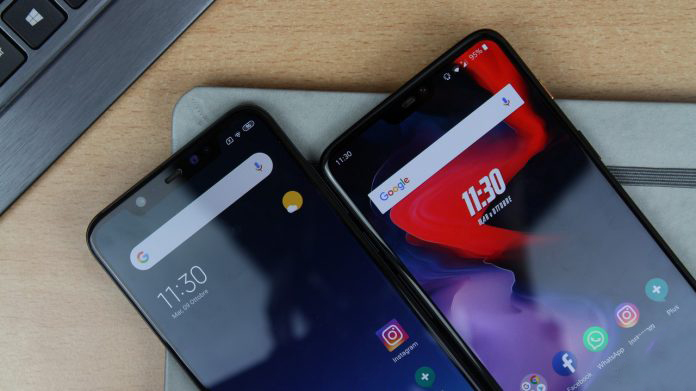 In fact, although so Xiaomi Mi can rely on the latter, set less. Therefore, we find it possible to calibrate the color reading mode (corresponding to the night mode plus) and the sound hidden incision through the appropriate proportion.

Recall that both have gestures that move faster in the interface with a double contact wake-up display. 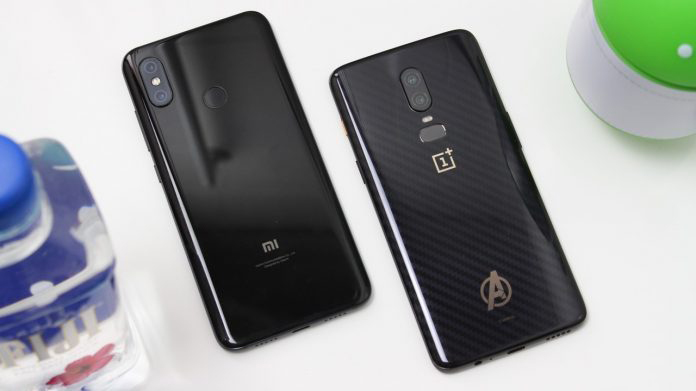 Before turning to this, I would like to clarify that the variant Avengers edition has some memory cuts in what we have 8/256 GB Unlike 6/64 GB You can buy models that are less than 400 euros. Therefore, we are not going to analyze the various benchmarks of the case, but we will discuss the actual daily use of liquidity because this comparison does not refer to a particular unit, but rather to produce a CD of experience provided by the two different concepts that we will, therefore, analyses in detail, in any case, memory.

Without this premise Xiaomi Mi has GB 6 di memory lpddr4x-1866 dual-channel e GB $ di internal Memory UFS 2.1 and, Like OnePlus 6, we can’t expand its micro SD. Unfortunately, only “only” is a pity. GB storage is unlikely to extend memory, but it is a compromise that we will have to accept as we take two excellent top-level ranges smaller than the euro.

The rest, two shared chipsets, we’re talking about Qualcomm Snapdragon 801 including processor eight core Kryo 385 with a maximum clock frequency of 2.8 GHz and a GPU adreno330.

Both devices are very powerful and powerful, they can perform any workload without problems, or they can copy the heaviest headings, such as PUBG , which has no frame drops and the most detail. However, give us the experience of OnePlus 6 thanks to oxygen It is superior to MIUI. The ease and speed with which we move between menus and applications is satisfying and is the focus of the company’s attention.

Space is also being modified because, even in this case, one plus it has since won the Victory disc can indeed be numerous behind us, we have a very solid community, stand ready to offer new alternatives. Although so Xiaomi has a follower who is not indifferent, ROM Park has been reduced although recently they began to see the first pixel experience these devices bring freshness. The wait time for unlocking the bootloader they did not help, and let many people no longer buy millet for modification only. In fact, these vary depending on the situation, but usually have to wait between 15 and 30 days.

The field of photography also faces another huge challenge, as the two devices are characterized by the following sensors:

All NB photos are made in automatic HDR Auto mode.

Also in this area, the challenge is decided when the photo is complete, because both devices can take beautiful pictures, but they do Xiaomi Mi overall dominance. In fact, the photos made in good light conditions Xiaomi are characterized by more detail e sharpness, which also means that a slight digital noise can be noticed by making cropping (for example, 150%). In general, however, a plus it is also surpassed in terms of color, as the latter tend to make them a little too vivid and often turn into cold temperatures. 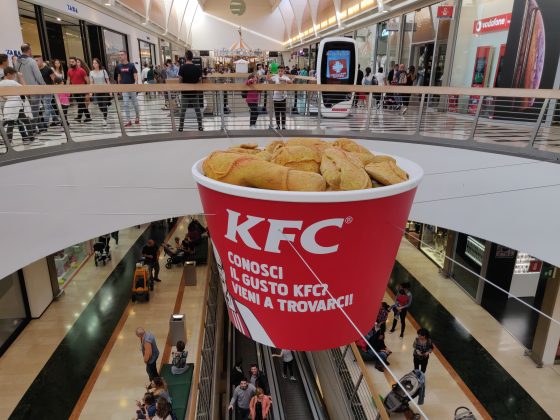 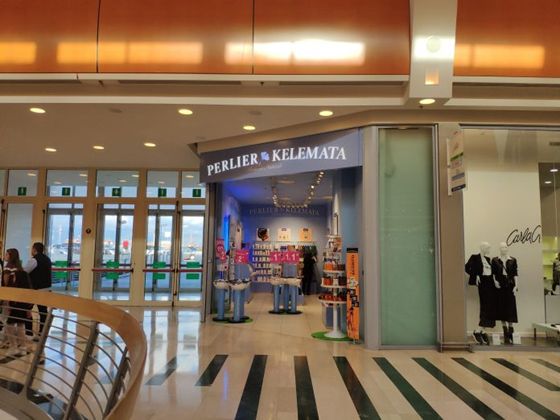 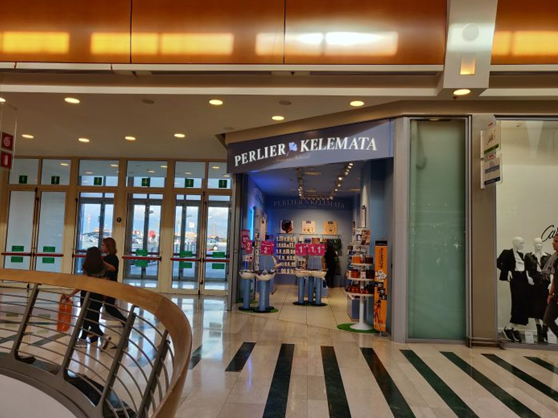 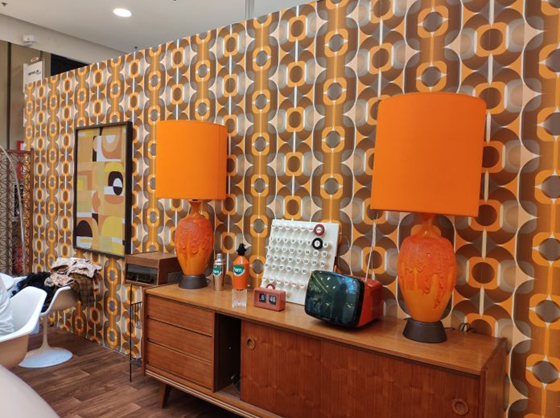 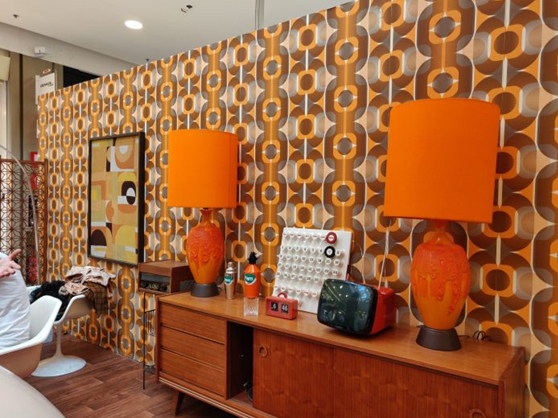 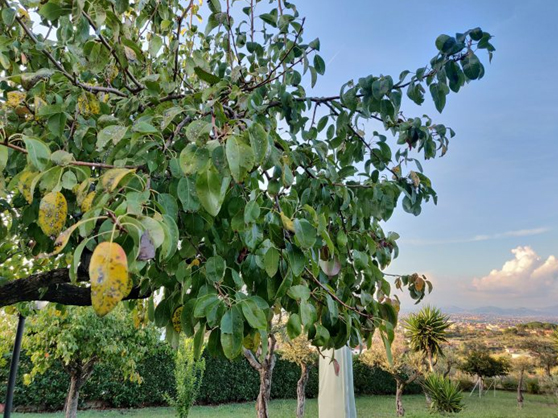 Background virtualization should I 8 always be more enjoyable, but, using portrait mode, OnePlus 6 It’s definitely better because it’s in Xiaomi we have to keep the distance 2 a photograph with artificial blur, and the results are said to be accurate. The magnification 2X has a better definition of the latter, and because it has a better definition of a dedicated telephoto.

In the night two smartphones are a bit difficult, but in any case, let’s get a good result. In this case, the result is variable, and in some cases, I behave better in 8, and in others he overcomes it. 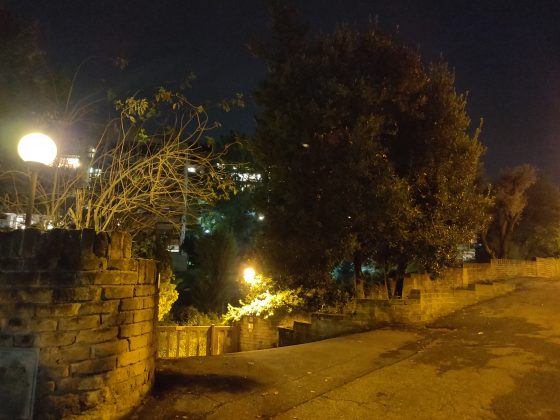 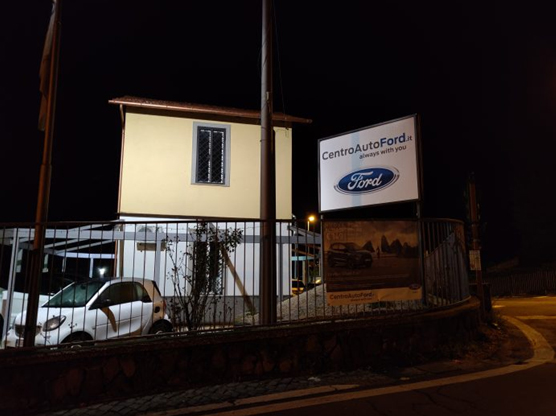 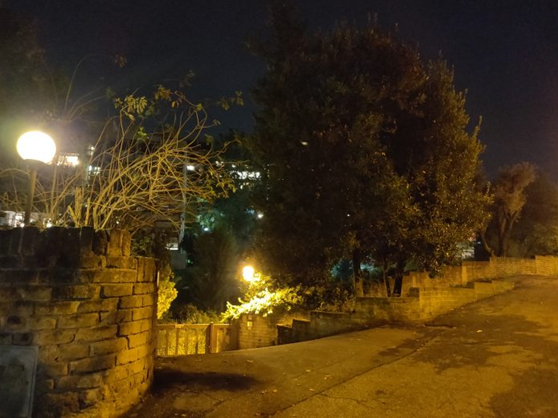 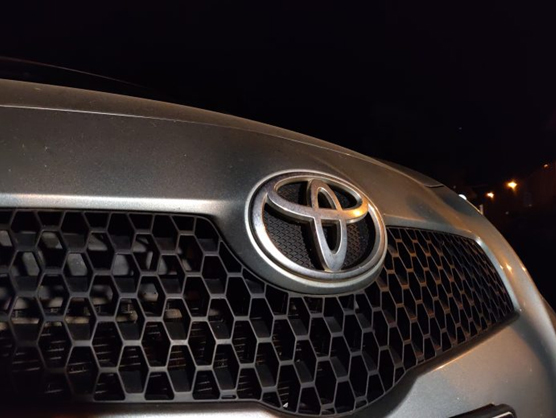 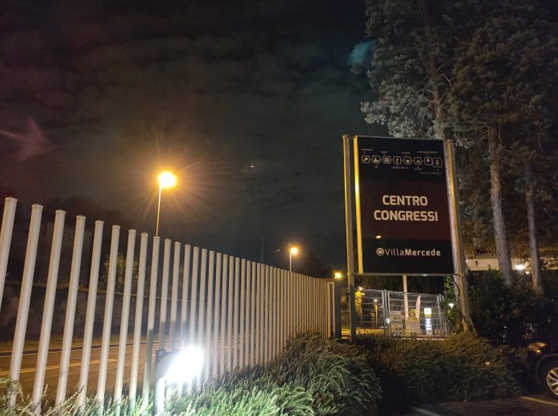 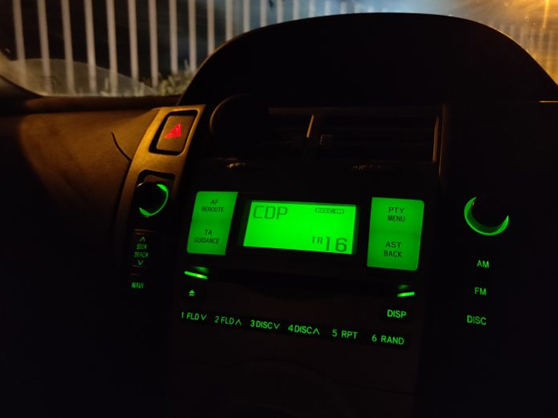 As mentioned earlier, the sharper millet causes the photo to be a bit “noisy and poorly lit, but at the same time does not mix color OP6.” In short, the two are in some way balanced.

On the other hand, we have an almost overwhelming victory by Xiaomi Mi Thanks for more faithful colors, higher quality and detail, even at night, when his opponents tend to “knead the color.”

With regard to video, OnePlus 6 can register 4K a FPS and can boast of an EIS stabilizing the OISwhile his rival “only” arrives 4K a FPS and presents an optical stabilizer with a 4-axis.

Mono Audio for both smartphones, they may have a good frequency balance slightly better lo Xiaomi Mi. In front of the power, in contrast, OnePlus 6 benefits from speakers and headphones with very high volume. Suitable for ear cabins captured by the rear cabin and the main microphone.

When it comes to connectivity, these devices provide us with excellent solutions in this area:

OnePlus 6: Dual-card LTE CAT.16/13 (up to 1 GBPS when downloading, up to Mbps when uploaded), Wi-Fi ac dual band, Bluetooth 5.0 makes Use APTX HD, NFC, GPS/A-GPS/GLONASS/BEIDOU/GALILEO, USB type-c 2.0 (we can’t connect it to an external monitor).

As far as connectivity is concerned, I found a better reception with OnePlus 6 in certain parts of the house where I live, I can navigate without a problem Xiaomi Mi He has more difficulties. However, the real benefit of the latter is that infrared sensors are dedicated to facing unlock and dual-frequency GPS modules which guarantee higher accuracy and more stable and durable signal repair.

When it comes to unlocking, all two smartphones have fingerprint sensors located on the back of the car. Fast e is very accurate. Fingers are immediately recognized on the 10 of the 10 times the speed is almost the same. As for surface identification, thanks to the special sensor Xiaomi It should ensure that we have higher safety and accuracy. In fact, both in the dark and in well-lit conditions, unlocking occurs instantly and successfully, and on OnePlus 6 You need more time, even if the latter is successfully unlocked.

It’s also important to analyze it before you reach the final bar. Because, as at the beginning, this comparison is especially specific to the top of all the people who want to buy, but it doesn’t cost a disaster.

So, check the prices clicking the button below.

In short, I must say that this is a good competition between the two, although so Xiaomi Mi from … Angle to convince more camera Dell ” Autonomous and sensor, OnePlus 6 turned out to be smoother, reactive, focused on retrofit and slightly higher with one display. In short, even in this case, the choice will fall on your needs, but I personally think there is more balance between the two e convenient to buy only OnePlus 6.

You want to provide design, you want performance and a more “optimized” software This smartphone makes me even more convinced that if I had the highest budget in euros I definitely knew who to turn to. What do you think? Which one would you choose? 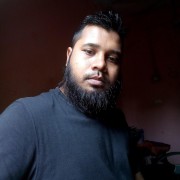