HMD Global, the company with the license to produce Nokia-branded smartphones for the next couple of years,  has finally launched its first set of Android-running smartphones, the Nokia 3, Nokia 5 and Nokia 6 at an event in India. The Nokia smartphones have been shrouded in teasers, leaks, speculations and rumours since they were first spotted late last year and announced at the MWC event in Barcelona in February this year, and it’s a great relief to Nokia fans and loyalists that they have been finally launched and would be available for purchase very soon.

This launch is coming not too long after the modern version of the legendary Nokia smartphone in the ’90s, the Nokia 3310 was launched in the country and has been purchased many times over. Apart from the launch of the Nokia smartphones, some announcements were made by HMD Global, and the prices and availability details of the phones were released as well. These will be relayed in details over the next few paragraphs, and a recap of the specifications of the newly-launched Nokia smartphones would be done.

What you get in this article:

The following announcements were made in relation to the Nokia 3, 5 and 6 at the event that commenced by 12PM in India today, June 13.

Nokia smartphone to now be manufactured in India

What this means for the Indian populace is that more jobs would be available to citizens of the country, contributions would be made to India’s GDP and overall economic condition, and of course, Indians would be the first to taste of any Nokia product that proceeds from the company.

Amongst the availability details of the Nokia smartphones launched at the event today, the one that stands out is that the Nokia 6 would be exclusive to Amazon India. The Nokia 6 is the best smartphone of the trio that were launched, so it should come as no surprise that the company wants to make the best out of it by striking a deal with one of the few giants of e-commerce in the country.

Starting with the best of them all, the Nokia 6 would be available for pre-order on Amazon India (to which it is exclusive) at a price of Rs. 14,999 from the 14th of July, and a Rs. 1000 discount would be given to customers who pre-order the smartphone on Amazon India using their Amazon Pay wallet before the registration period is over.

As for the Nokia 5, customers would be able to purchase it in offline smartphone retails stores in India. Pre-orders for the smartphone will commence on the 7th of July and it would cost Rs. 12,899 in India.

The Nokia 3 would be available earlier from the 16th of June for Rs. 9,499 in India, and it would also be available in offline stores all over the country.

From my own point of view, these new Nokia smartphones are reasonably priced in such a way that they would be able to compete favourably with smartphones sporting similar specifications in the country and globally. We could see the Nokia 6 competing with the Xiaomi Redmi Note 4 and Redmi 4 very soon.

I recap the specs of the new Nokia Android smartphones below so we can determine if we are actually getting value for money. Don’t worry, only the most important and relevant ones will be discussed.

For the records, the new Nokia smartphones run on stock Android out of the box, contrary to previous ones manufactured under the now-defunct Microsoft-owned Nokia company which ran a n heavily-modded version of the Android OS.

The Nokia 6 runs the latest Android 7.1.1 Nougat OS and offers Corning Gorilla Glass protection for its 5.5-inch FHD display. It sports a 16MP camera at the rear, offering super image quality, and selfie lovers are kept in mind with an 8MP camera upfront.

The smartphone packs a moderate 3000mAh battery which will take you past noon and far into the evenings, and would never run slow with its combo of 3GB RAM and SD430 processor. You have all the storage you might need in the short run with a 32GB ROM which is expandable up to 128GB.

The Nokia 5 sports some similarities with the Nokia 6 in terns of processor, battery, software and front camera. It comes slightly smaller than the Nokia 6 with a 5.2-inch HD display, and features a decent 13MP camera at the rear to eliminate the need to carry a standalone camera around. It runs on 2GB of RAM and has 16GB of expandable internal storage to accommodate all of your multimedia collections.

The Nokia 3 offers some quality in the budget section with a 5-inch HD display with Corning Gorilla Glass and a metal polycarbonate frame. It is powered by a MediaTek MT6737 processor which might not go down well with some but makes the phone run fast enough all the same with 2GB of RAM, and offers 16GB of expandable internal storage.

It packs a 2650mAh battery which offers over 12 hours on average use, and sports 8MP camera at the front and rear with a LED flash accompanying the main camera. It also offers latest software features as it runs on version 7.0 (Nougat) of the Android OS.

With all written above, are you excited about the Nokia 6, Nokia 5 and Nokia 3 launch in India? Are you going to get yours as soon as pre-order commences? Let us know in the comment section below!

3 Ways that event management software can help your business prosper 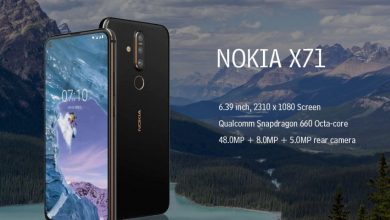