Usually, when we say ‘No.1’, we mean a Chinese company making smartwatches. Moreover, we have already managed to get our hands on a couple of such products dubbed as the No.1 D5+ and No.1 G3. Thus we are familiar with some products of this manufacturer and know what markets it focuses on. On the other hand, when we say rubbed smartphones, we mainly mean Doogee, Homtom or something like them. Like the previous case, we have managed to review some rugged smartphones earlier in face of the Doogee T5 and Homtom HT20, and we know what actually means this term. But we haven’t seen these two terms combined into one. It turns out No.1 has a few similar devices and we decided to get our hands on one of those rugged smartphones called the No.1 Vphone X3 or simply the No.1 X3.

The rugged handsets are thought to come at a certain design, and if any smartphone looks differently, many customers turn away from it thinking it has no chances to resist dangers. As for the No.1 X3, we have no reasons to worry about, as it looks like a real rugged smartphone. But what’s amazing, it also comes packed with many interesting features that can be find on handsets at higher level. So let’s start looking at each feature more attentively to find out which of them are the selling points for the No.1 Vphone X3.

(This phone is more known as the Vphone X3, so we will call it in this way as well.) The Vphone X3 comes in an eco-friendly cardboard box. One of the sides carries a specs list of the phone, while the rest of sides don’t carry any worthy info but the QR code on the opposite side.

The Vphone X3 is brutal and spectacular. It’s easier to call this device a small tablet rather than a smartphone. Moreover, as it comes with a 5.5-inch screen, we’d put it into the category of phablets. So this phablet comes with a plastic housing protected with damping pieces.

The overall front panel comes with a durable composite glass with a distinctive cut on top for the speaker, while the front camera and a proximity sensor are located on the corners of top. Plus, a LED light indicator is placed at right of the speaker. The standard touch buttons are located below the screen, but unfortunately they have no backlight. The microphone hole is on the right lower corner.

The sides of the Vphone X3 have complex shapes that are made for better handling. The power button is located on the left side, and you have to push it harder to make it operate. The volume rocker is on the right side, and the same can be said for it as well.

The micro USB port for charging or data transfer is located on the bottom side, and it is protected with a sealed cap. The 3.5mm audio jack placed on the top is protected in the same way.

The overall back panel hints we are dealing with a rugged device. The upper side carries a rear camera module accompanied with a single flash. A special gap below the camera covers the micro SIM card slots as well as the microSDHC card slot. Here we can also see an on/off button to restart the phone, as the battery is non-removable.

As you see, there are countless screws on the phone. The latter as well as the dimensions of the device affect the weight of the Vphone X3. It comes at 17.00 x 9.00 x 1.50 cm and weighs 254 grams. There are three color options you can choose from – yellow / black, orange / black, and black / black.

Well, let’s look what’s inside the phone before we start looking at hardware and software. To open the phone you have to untwist all screws. I guess most of you will pass this part, so I will mention only one thing – all those areas that can let water flow in are protected via silicon layers.

The display of the Vphone X3 comes at 5.5 inches and it’s from category of TFT-IPS screens. It also provides 1280 x 720 pixels resolution, thus its pixel density is only 267 ppi. This means you will see the pixels on some texts, but the screen will provide a good performance from a distance of 30-40 cm.

Generally, we can say the screen quality is not the best, a massive protective glass, a simple matrix and minimum level of brightness brings to a noticeable contrast deficit. But on the other hand, the white balance is close to 7000 K. though this screen will provide a good performance in most conditions, it will fail under the direct sunlight.

The Vphone X3 screen supports 5 finger multi-touch, but there are no option to interact with the phone via gloves. At last, this screen is protect by Corning Gorilla Glass 3 technology, which means it can resist scratches, pressure, dust and many more.

The Vphone X3 is packed with a MediaTek MT6735P octa-core processor with Cortex A-53 architecture and clocked at 1.3GHz. It’s in a good tandem with a 2GB of RAM, Mali-T720 and 16GB of ROM with an expansion option. I guess you will need an additional memory card, as there is only 10.5GB free. The phone was tested via different benchmarks and it showed the following results: 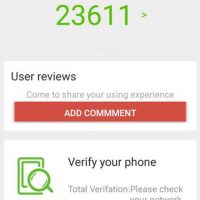 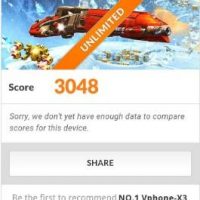 As we are dealing with a rugged phone, it’s supposed to see a large battery there. Fortunately, the Vphone X3 comes with a 4500mAh battery, which is capable of providing a long lasting life time for your phone. It takes about 4 hours to charge the phone fully. It will provide about 150 hours of standby mode, 10 hours of talk time, and about 11.5 hours of average usage. Thus we are dealing with a good but not incredible battery.

Finally, the Vphone X3 comes with a decent list of connectivity options. It supports 4G FDD-LTE, 802.11b/g/n wireless internet, and GPS. Unfortunately, there is no USB OTG, but I guess it can’t be called a disadvantage, as all the ports are located very deep.

This handset runs on Android 5.1, but the company has added some features to give more custom look to it. There are several apps added to the standard list, and as you can guess those apps are quite appropriate to phone’s nature.

Those apps include Pedometer by Tayutau, File manager, Magnifier app allowing to look at small object via camera, Ruller app to measure anything, SOS distress allowing users to choose a contact and call it for help, iCare Health Monitor allowing phone owners to measure pulse, arterial pressure and emotional state. The rest of software features are identical with those we can see on other rugged handsets.

Usually, phones with high level durability and tank-like housing come with cameras that can’t impress anyone. But it seems this is not the case. The Vphone X3 sports a 5MP camera on the front, and a 13MP camera on the back. The latter is accompanied with a single flash light and supports autofocus. The camera app looks like other Android-based phones’ camera apps, so it will be waste of time to introduce what you already know.

When capturing photos in sunny weather you will have great photos with a good white balance and vivid colors. The only disadvantage is related with penumbra brightening. 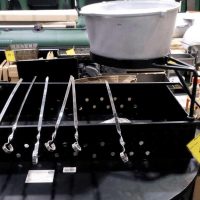 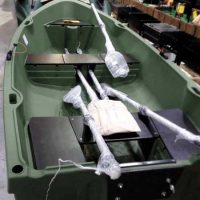 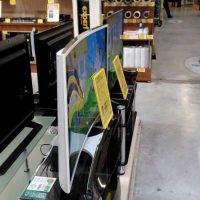 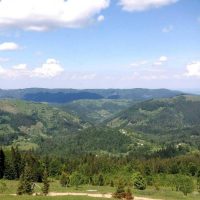 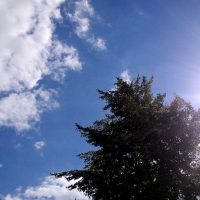 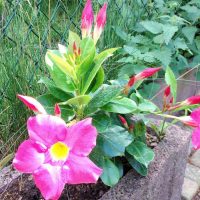 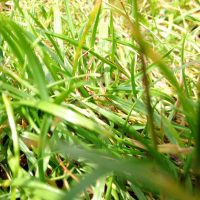 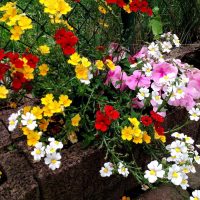 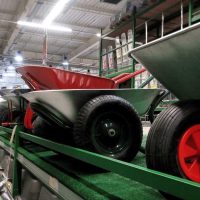 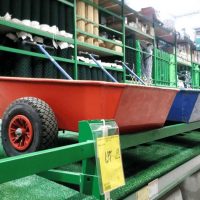 When shooting indoors the lack of lightning will cause noises on contours, but the white balance will maintain at the proper level. If looking at the nature of noises at low ISO we can find out the main problem of the camera is related with algorithms processing halftones at low contrast.

However, it’s not recommended to take photos in low-light or dark conditions, as the details photos won’t be suitable to view on smartphone’s display.

The Vphone X3 or No.1 X3 or call it however you want is a budget-friendly device priced at only $150. But you can use this coupon (code: NO.1X3) to get it for only $137.99. Thus you can pay a little money and acquire a triple-waterproof device (physical, nano, and port).

If you remember the manufacturer has designed it in the way that no water can flow through holes. Plus, the motherboard is protected via a nanotechnology isolated liquid as well as the ports are protected with a sealed cap. This helped the phone get IP68 certificated, which means you can leave it under 1.5m water for 30 minutes and it will work as nothing’s happened. I am not talking about its scratch resistant nature due to Corning Gorilla Glass 3 glass and so on.