In an attempt to stand out from the crowd, the No.1 G5 aims to impress by packing in as much as possible into the impossibly low price tag. There’s not a lot of tech that you can buy for , maybe an Apple lightning cable or six rolls of colour toilet paper. Thankfully, you get a lot more than six rolls of toilet paper here. It seems almost impossible to determine how No.1 packed in a stainless steel body, a sapphire glass screen, and a 380mAh battery into a device that for all intents and purposes is a full fledged smartwatch. We debate how much lower the price can go on smartwatches but for now, is the bottom of the barrel, but one we are happy to be in. An impossibly cheap smartwatch is useless if it doesn’t perform its intended function, but we are glad to report that this smartwatch delivers, albeit with a few quirks. 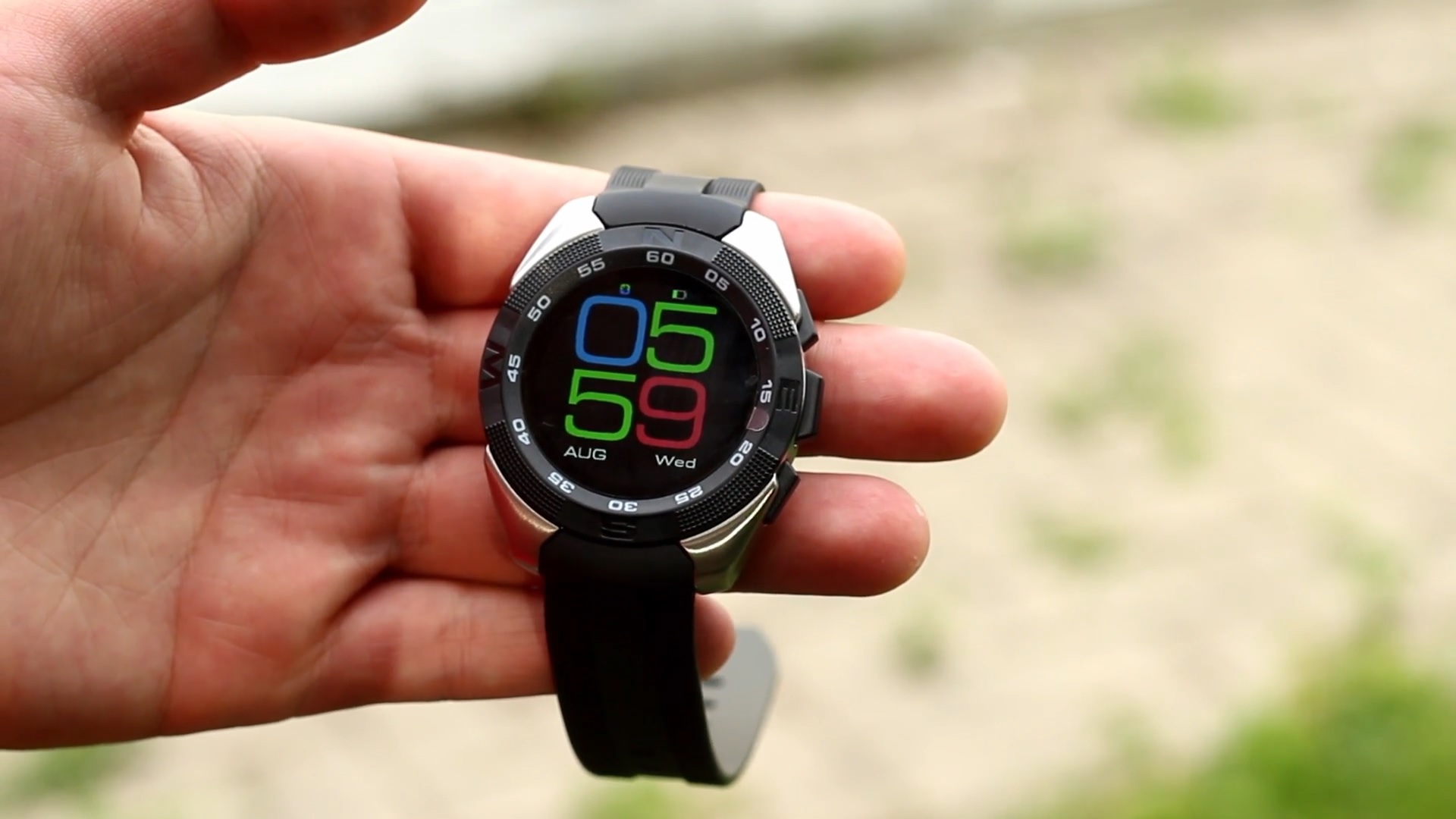 The No.1 G5 is definitely not the best looking smartwatch, that honour is reserved for the likes of the Huawei Watch and Moto 360 (and for some, the Apple Watch). However, the No.1 G5 does not embarass. It’s more of an average looking smartwatch, partly due to the styling, which seems to be aimed at the sporty and/or casual user. However, the hardware features don’t seem to jive with the intended audience. Yes it does have a stainless steel body, but it is not waterproof, which would seem to be mandatory in most if not all smartwatches nowadays. 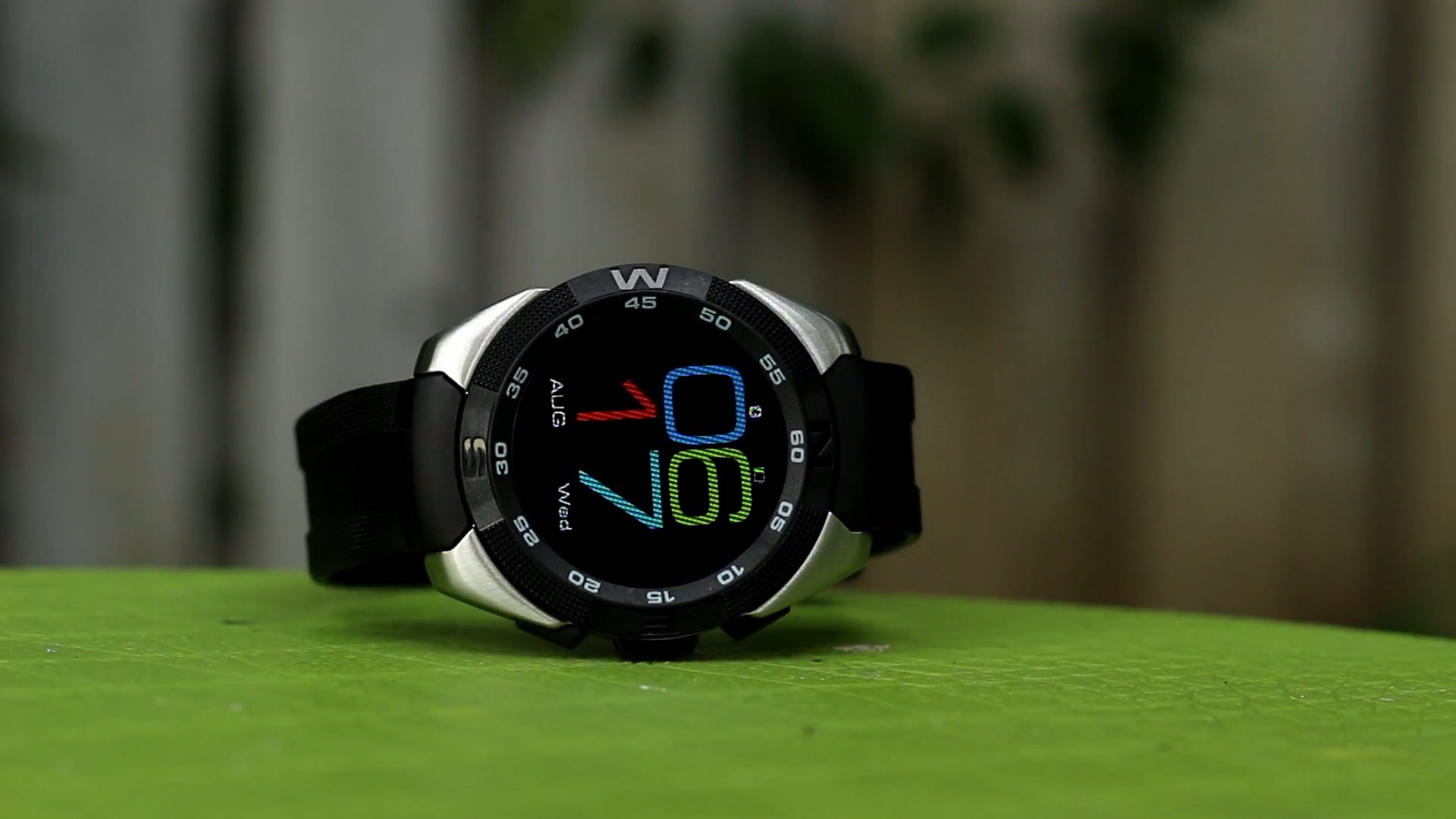 At least the stainless steel body looks and feels decent. Sitting atop the metal body is the sapphire screen which in turn is surrounded by a plastic, non rotatable bezel. Said bezel has minute markings as well as cardinal directions (e.g. N/S & E/W) on it. I can’t say I’m a fan of this bezel, but it doesn’t look horrible either. 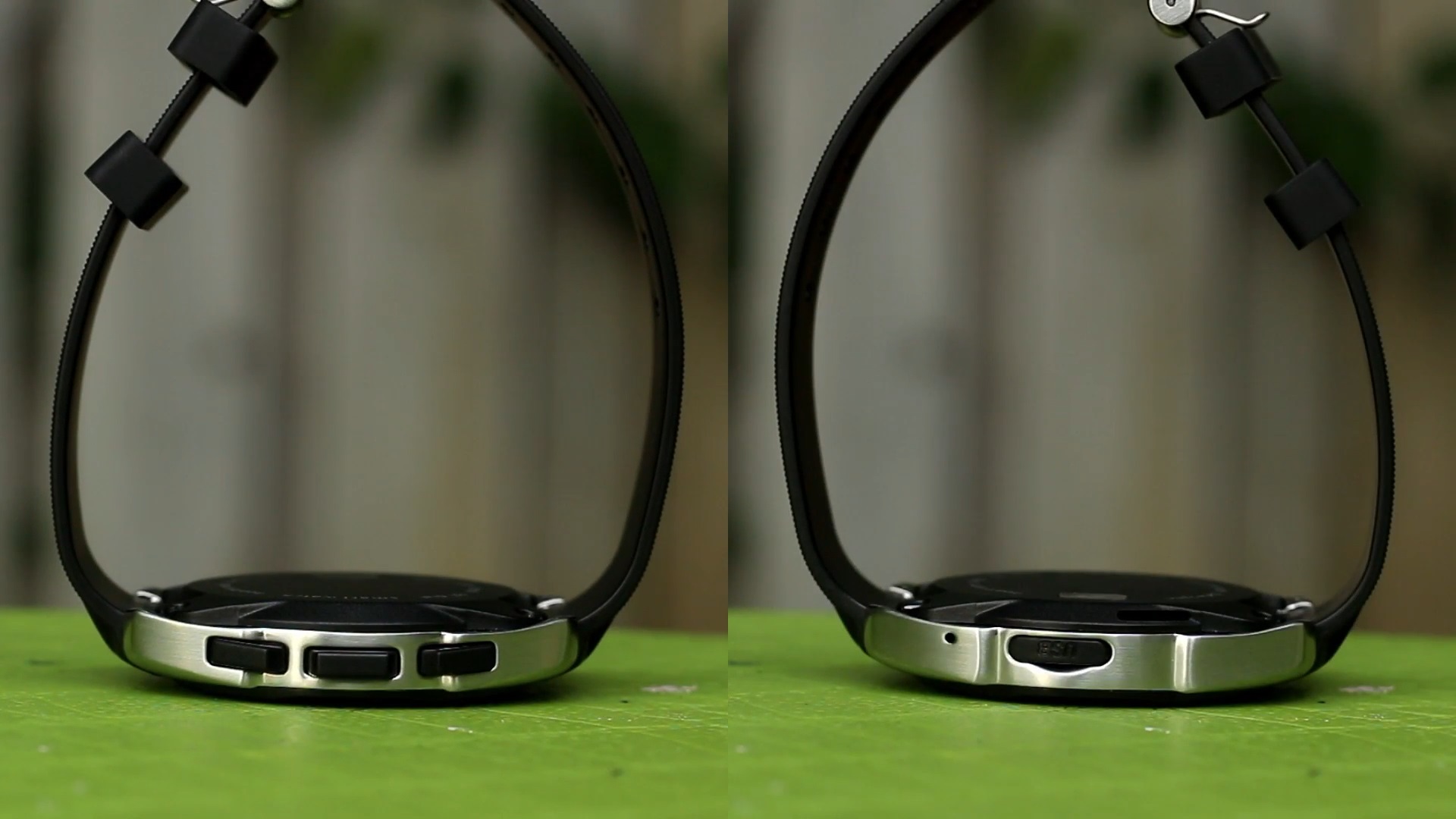 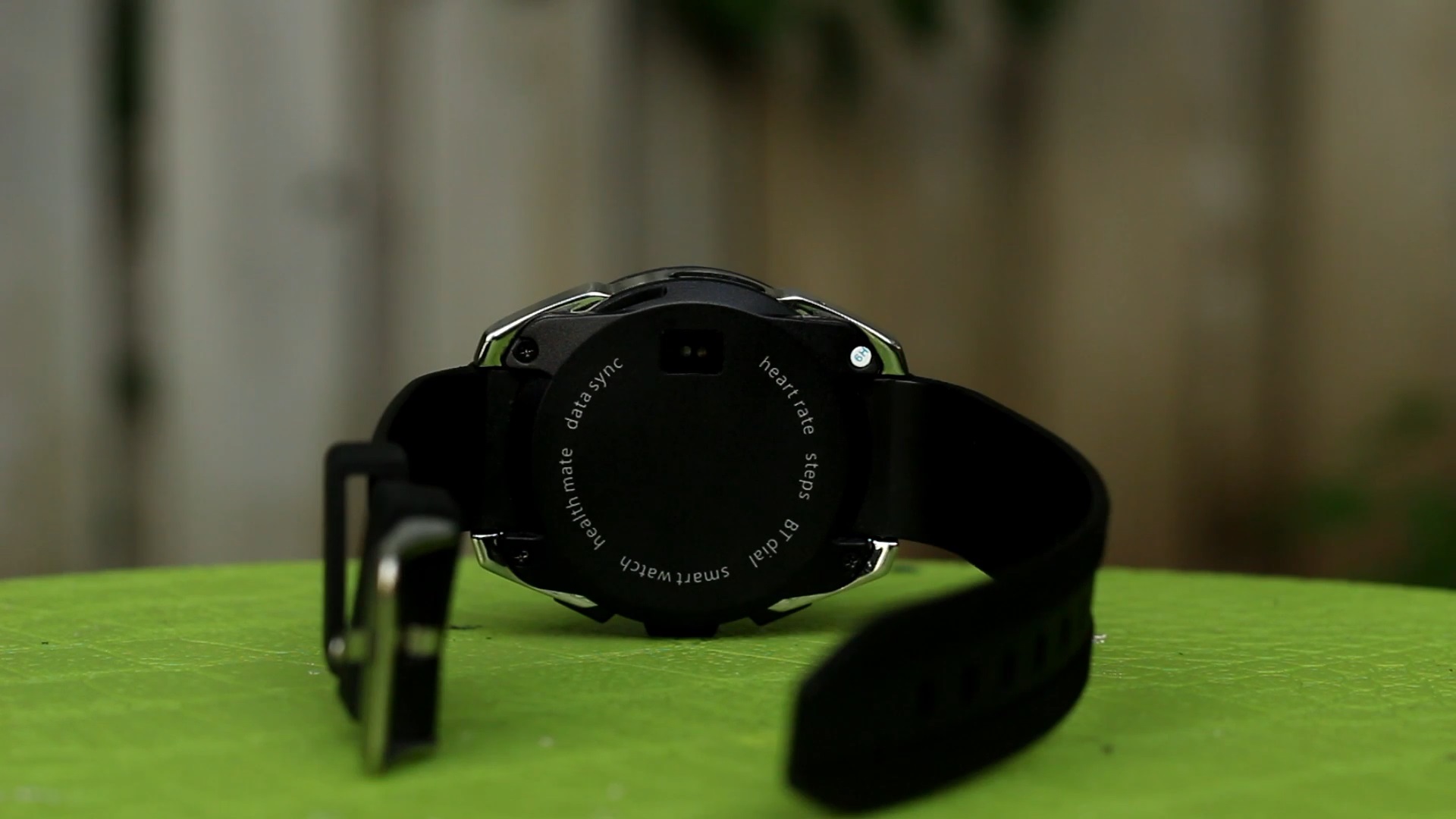 There are three hardware buttons on the right side of the watch and the microUSB charging port on the left covered by a rubber flap. The heart rate sensor is located on the bottom of the watch along with a bunch of features in white text. The straps are made of normal TPU rubber and don’t irritate my skin. 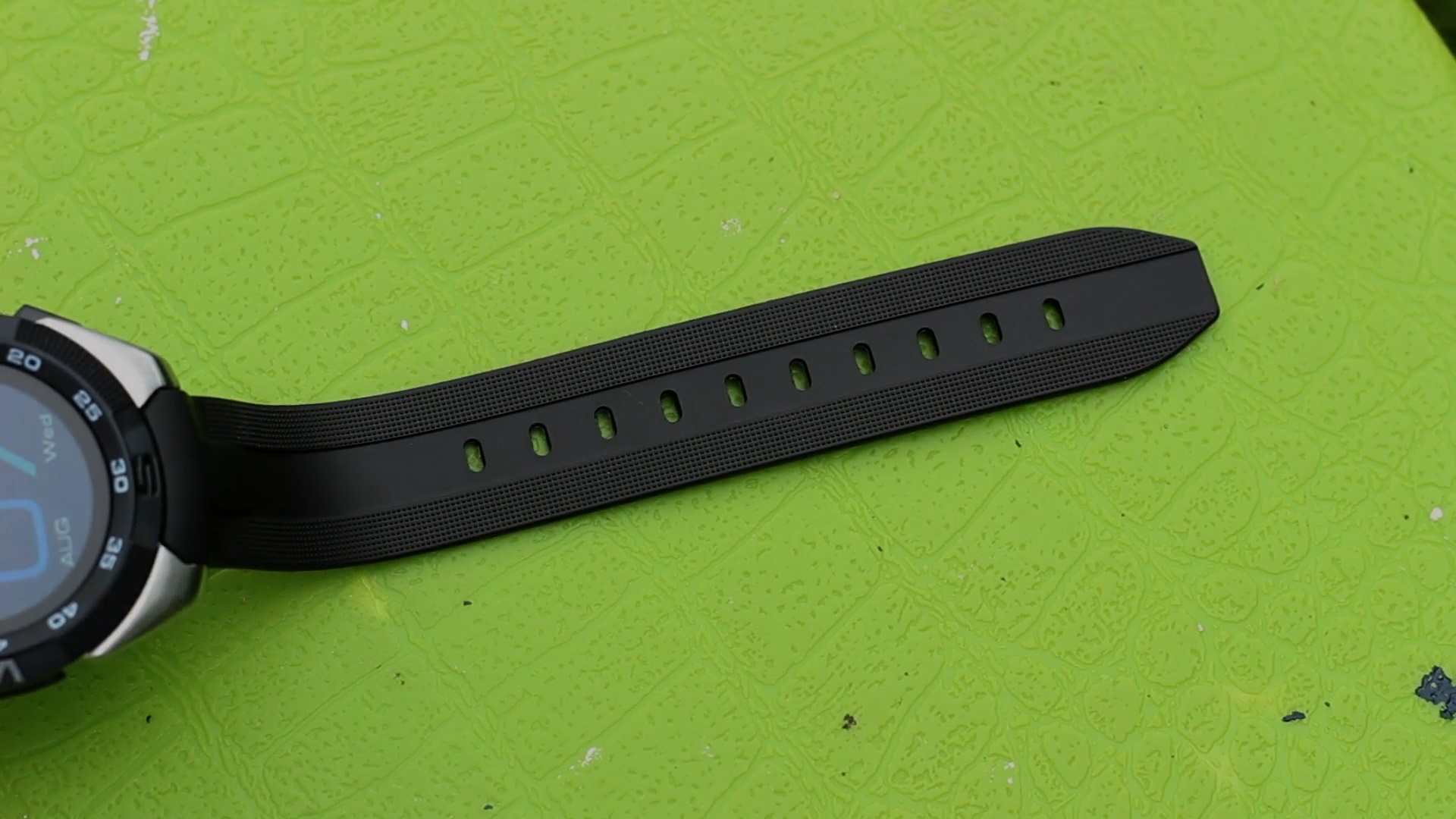 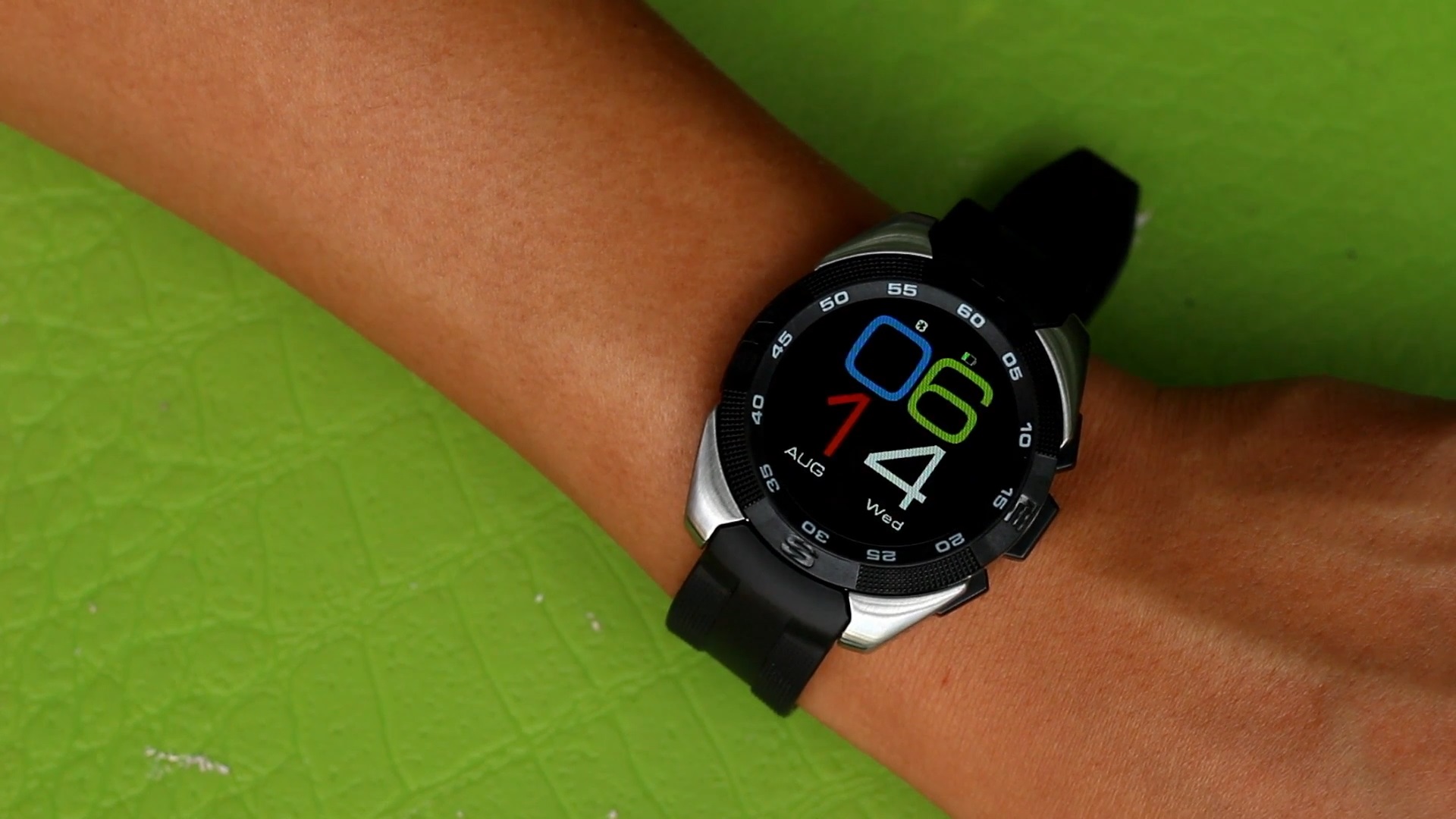 The watch fits comfortably on my skin and doesn’t feel overly large. I do have small hands and wrists but even then, this watch doesn’t look oversized but is a tad thick.  All in all, the No.1 G5 is a pretty average looking smartwatch with a mix of premium and non premium features. The smartwatch comes in three colours, black, silver, and gold. The black version in my opinion looks the best, but at least I don’t have gold.

The 1.2” OLED display is slightly smaller than other smartwatches which traditionally have 1.5” displays. The resolution also follows suit, filling the 1.2” display with a 240×240 resolution. While not the highest in pixel density, it is definitely high enough to look respectable a decent distance away. However, put the watch 3 inches (7cm) away from your face and pixels can be seen. Colour reproduction is decent, while its nowhere near a top notch LCD or AMOLED phone display, it can display colours accurately enough, but it isn’t good enough to break into the top ranks.

The display gets moderately bright; it’s relatively easy to see in indirect sunlight. However, walk into direct sun at 12pm noon and it will be much harder. The one thing I was disappointed with was the lack of an ambient light sensor. Every time I walked into bright sun, I had to manually change the brightness level in the settings. However, there is a gravity sensor included in the watch and it works quite well. The watch would turn on every single time I flipped my wrist up to look at the watch. There is a split second delay between me looking at the watch and the screen turning on, but that’s not too big of an issue. It does turn on sometimes when it was not supposed to, but that’s a side effect of the gravity sensor working so well.

Compared to the size of other smartwatch batteries, the No.1 G5 definitely stands out. Packing in a large 380mAh battery, this represents a good 50% increase in battery size over “flagship smartwatches” like the Apple Watch, and the Samsung Gear S2, creeping much closer to the likes of the Moto 360 and LG G Watch Urbane. Because a smartwatch is attached to your wrist, it must last for a day at the very minimum, otherwise it becomes a useless dead weight that you wear until you get home. Yes, you could charge it midway through the day, but I personally find that a huge hassle considering there are a myriad of other devices that need charging. To summarize, this smartwatch lasts a full day almost all of the time. Even during heavy use, which consists of a ton of notifications, glancing at my watch every 10 minutes, it lasted me from 6-10pm, which is more than most people’s days. It didn’t last a full day under extremely heavy use, which consisted of normal use until 5pm and then a consistent screen on at highest brightness, where the smartwatch died around 6:30pm. But for all intents and purposes, the battery life of the No.1 G5 is great; day long use is achievable in almost all use cases.

Pressing the middle button turns the screen on, which displays the watch face of your choice. The Swiss style watch face with three or four dials doesn’t look very good due to the low PPI, simpler watch faces look a lot better. 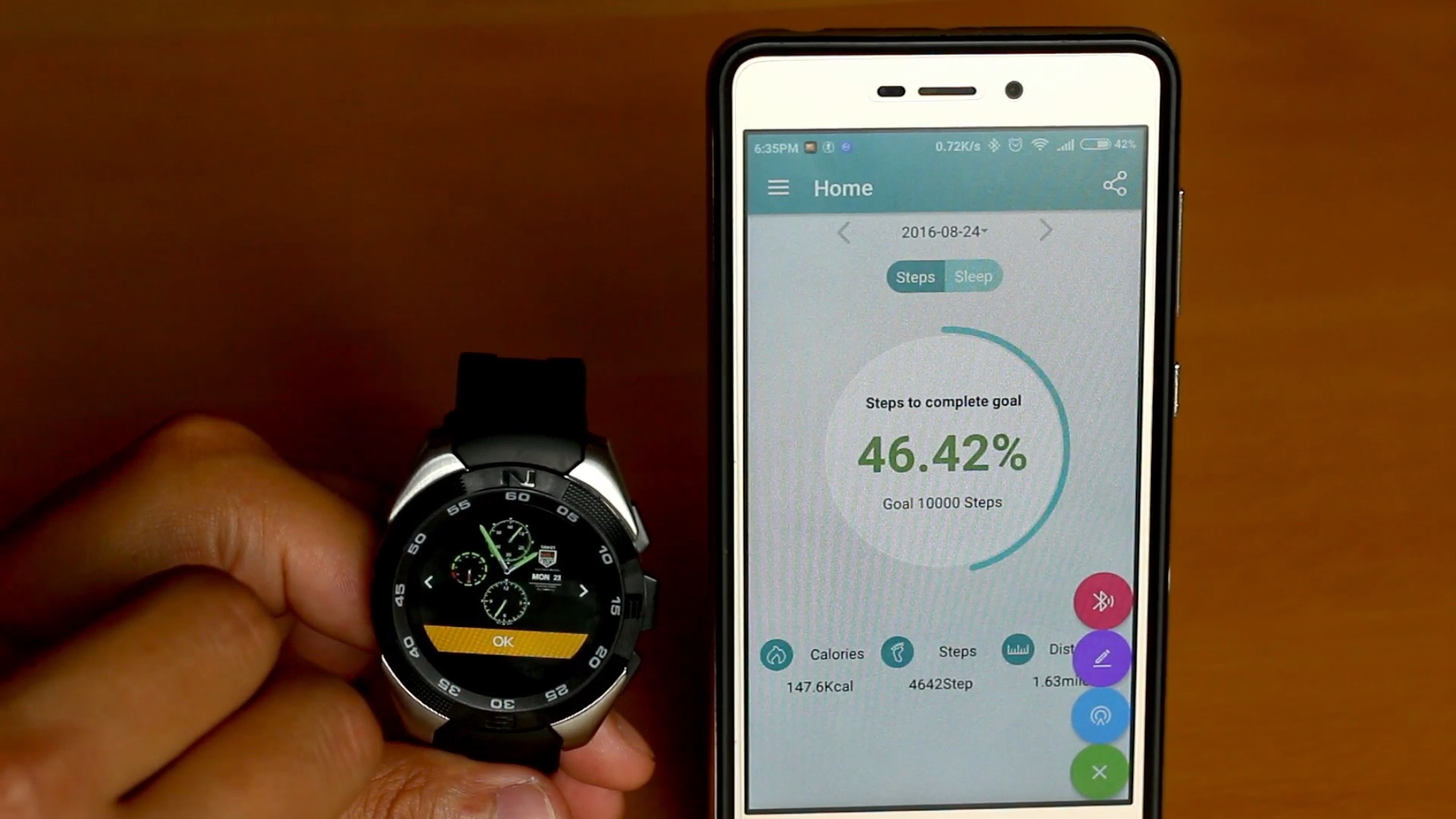 Swiping left and right takes you through all the apps preinstalled on the tiny 64MB ROM, and it connects to your phone through Bluetooth. Without support for Android Wear and Mediatek’s Smart Device app not working on Lollipop, you’re stuck using a strange Chinese app called Fundo for all your watch to phone connection needs. Thankfully, the Fundo app actually works quite well. It’s quite easy to connect the watch to the app, and once you do, it will sync health information and notifications to the watch. 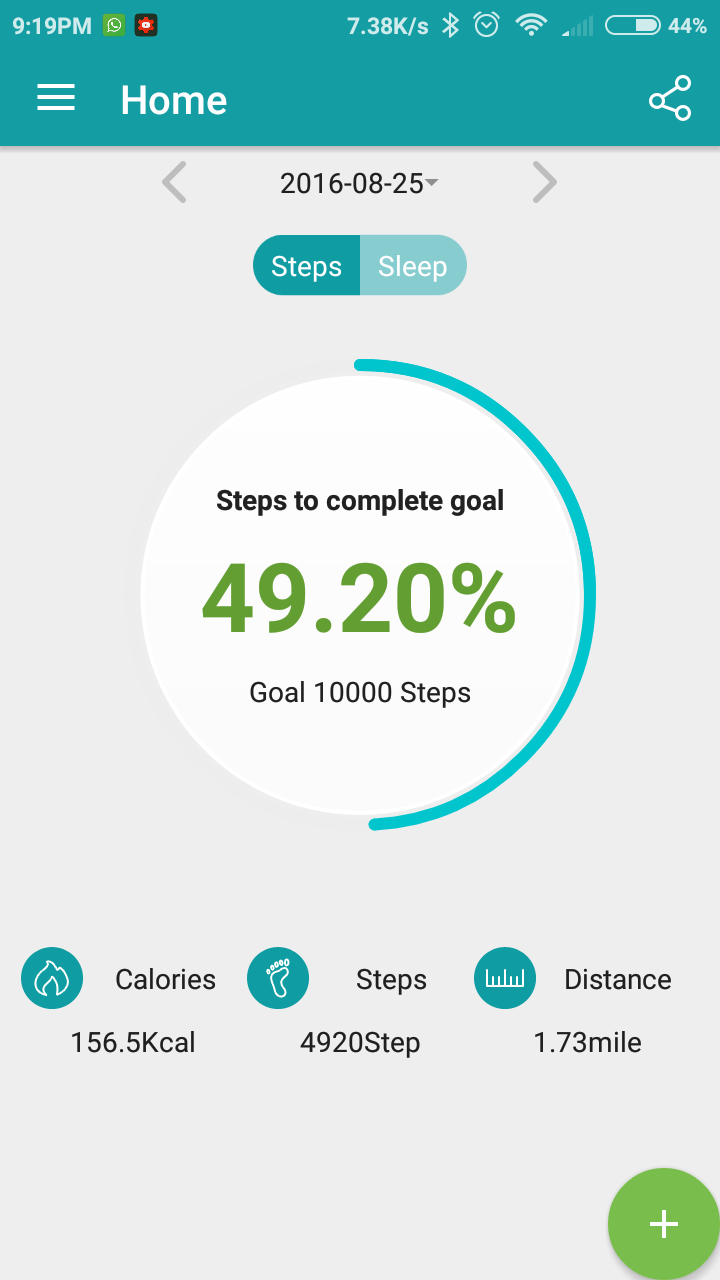 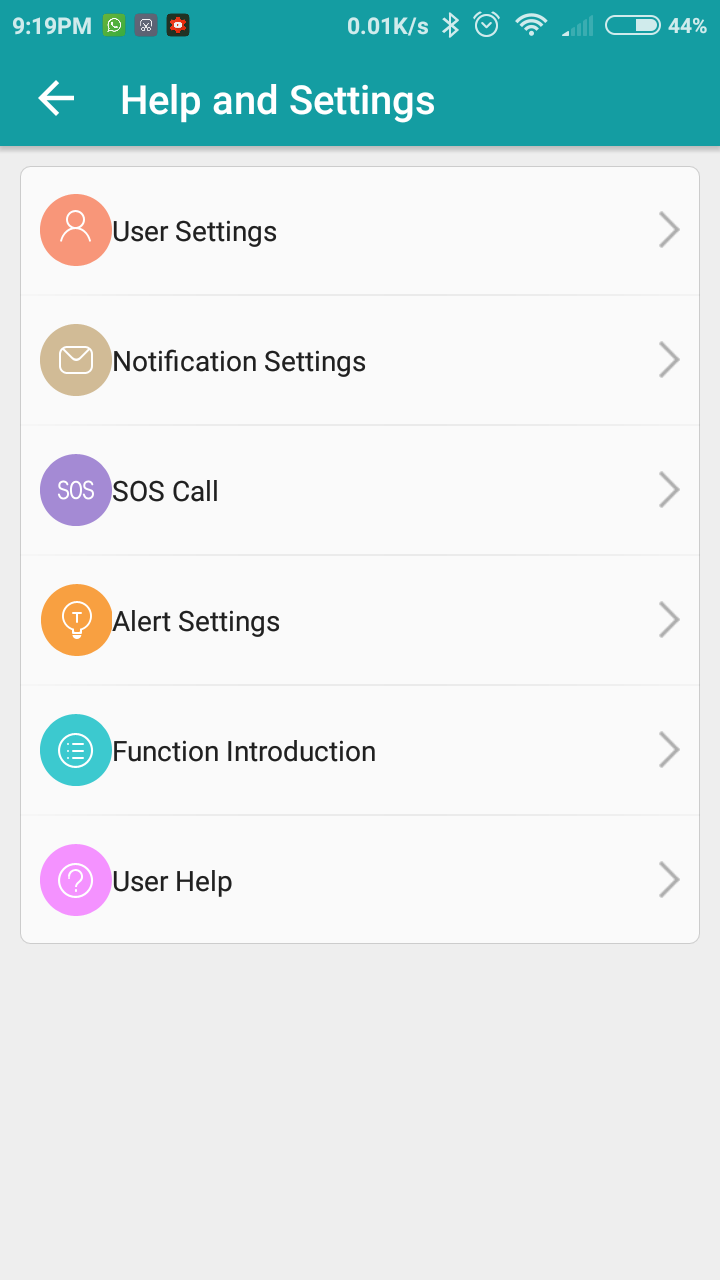 Speaking of health, the watch tracks steps taken quite accurately and estimates the amount of calories burnt. It can also track sleep and heart rate as well and compiles these all into a nice graph on the Fundo app that is quite informative. 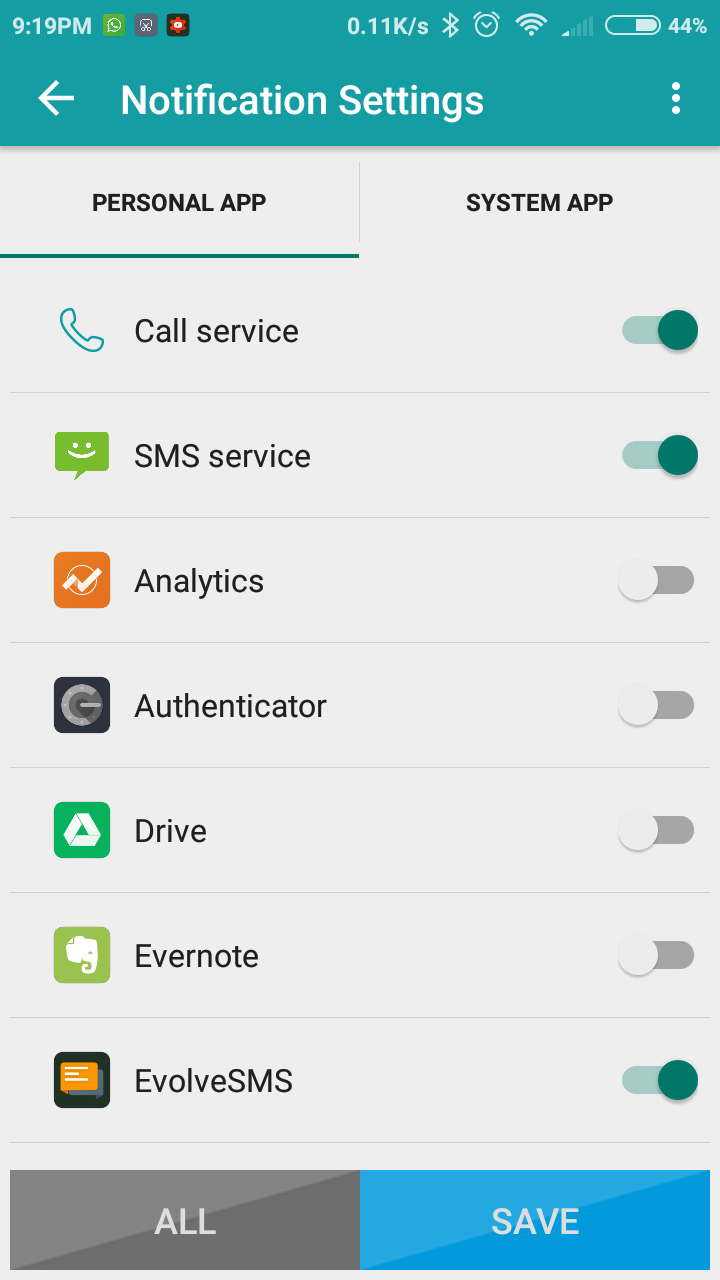 The other major function of this app is notification control. You can control exactly which apps can display notifications on the watch, and it performs admirably. When a notification pops up on the watch, there is a preview of the notification as well as a clear option and a view option which takes you to the full notification. There is a dialer messaging app from which you can reply, but it’s very difficult to use on such a small screen. The top button quick launches the stopwatch, and is actually quite useful.

Does this smartwatch represent insane value for money? Absolutely. Is this a perfect smartwatch? Absolutely not. With that being said, this smartwatch does what it’s supposed to do quite well, with a few speed bumps along the way. For one, it doesn’t support Android Wear, which is probably a deal breaker for many. Regardless, this smartwatch is ridiculously cheap. Try walking into an Apple Store with a $20 bill and see what you can walk out with (without stealing anything). You might be able to get a lightning cable, but that doesn’t take into account taxes. I digress, my point being that this watch is so cheap that it sits comfortably in impulse buy territory. I definitely wouldn’t want you to impulse buy garbage, but thankfully, the No.1 G5 is definitely not garbage, in fact it is far from it and in fact stands as a very competent smartwatch on its own. That low $20 price is just icing on the cake.