We continue with the news that the MWC 2018 brings us. Today has been the conference of one of the best known in the world of telephony. We are talking about Doogee, who have not lost the opportunity to present a Smartphone that will set the trend for this year. The victory for the users is guaranteed thanks to the new Doogee V.

Touch the future with the Doogee V

All the rumors ended up being right concerning Doogee’s new bet. The Doogee V becomes the way to start the year of the company, demonstrating its competitive capacity in the market.

The conference surprised with a video presentation of a function that will become standard throughout 2018: a fingerprint scanner inside the screen. With the phrase “touch the future” we are shown the operation of this new scanner, which later would be tested multiple times during the conference. The scanning speed is only 0.5 milliseconds, and so placing the finger on the scanner will be enough to turn on the screen when it is locked. Of course, facial recognition will still be present on the device.

Specifications of the new era

The new Doogee mobile is built in metal, with a bright and resistant design, and a 3D glass cover. It has beveled edges to continue with the new trend. On the back, we can see the configuration of a 16 + 8MP dual camera with two flashlights.

The Doogee V looks excellent thanks to its large 6.21-inch AMOLED screen with a 2K resolution (1080 x 2248p). It occupies 94.85% of the front of the Smartphone, giving space only to the camera and interfaces of the top in a design very similar to that seen on the iPhone X but with a larger size.

The device has the expected configuration of 8GB of RAM and 128GB of internal storage. It also integrates an Helio P60 processor, an eight-core CPU specially prepared for artificial intelligence. 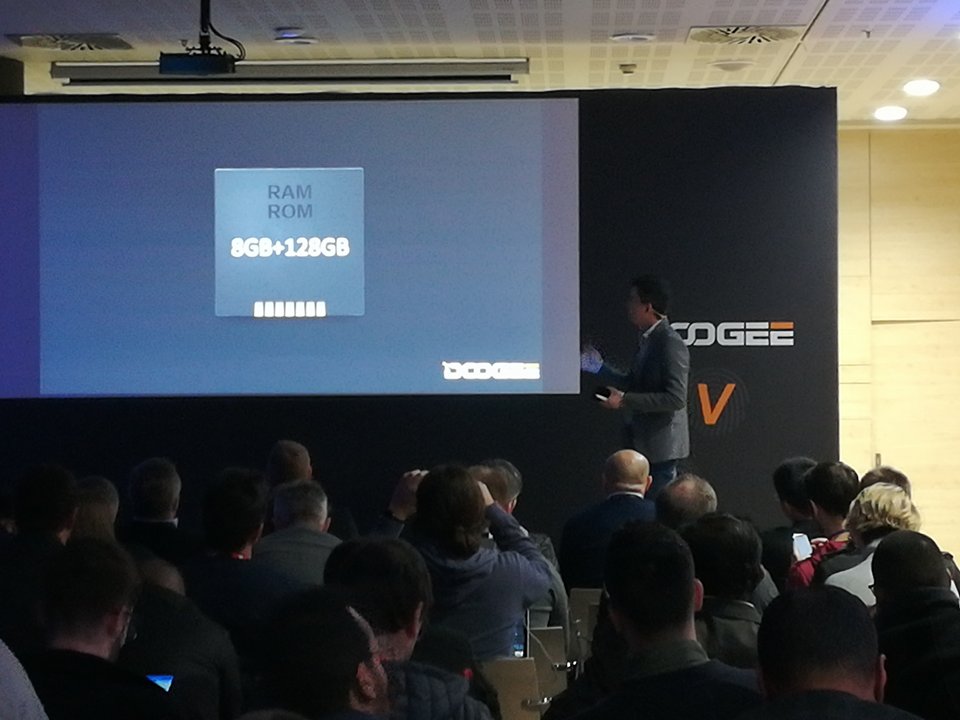 At the software level, the new Doogee V includes Android 8.1 from factory, in addition to its own artificial intelligence that have the following characteristics: Intelligent identification, translator (with the great advantage of not needing internet connection), voice assistant and Deep Learning (function with the which the mobile will learn about the user as it is used)

Technology should not be expensive

This is the philosophy that Doogee wants to follow with this new device. To achieve this, in addition to all the features above, the Doogee V includes a powerful 4000mAh battery that guarantees full use during the day, which can also be recharged wirelessly. It also has new generation interfaces such as the NFC connection for purchases, OTG, USB type C and a Hall Switch. 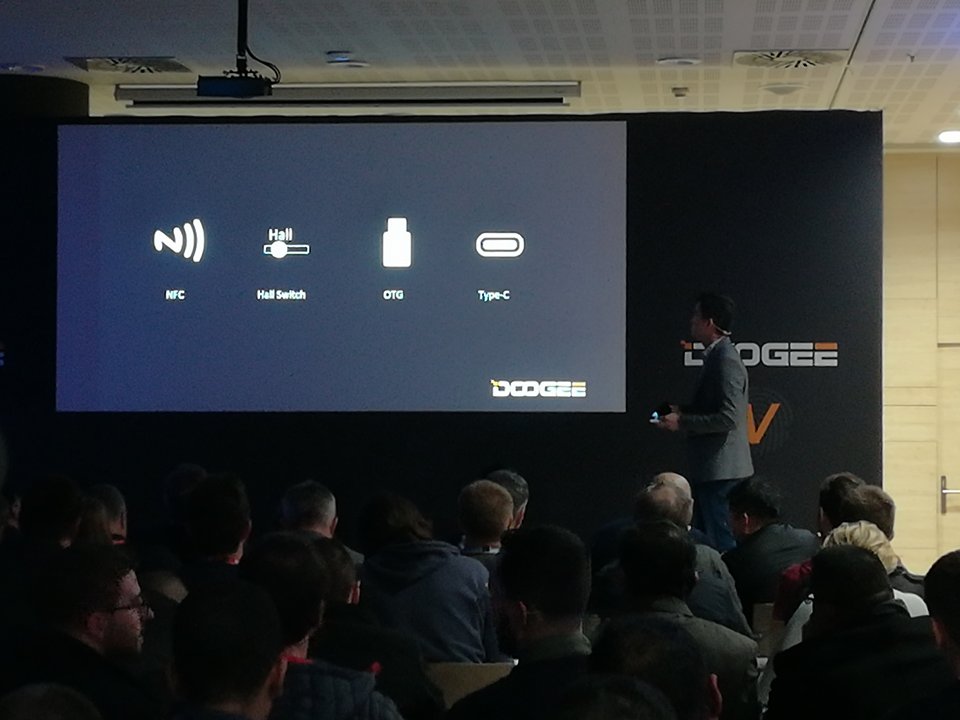 The date of sale and the price of the new Doogee V are still to be confirmed, but it is expected that these data will be revealed soon. The MWC 2018 still has many new features and presentations to discover.