In the vast, wide internet landscape out there, alongside true wireless headphones, there are still good old over and on-ear models. Having now also arrived in the wireless age, they do not have many advantages over the True Wireless Earbuds. Standard hardware is often simply married and a lot of money is required for the result. With its active noise reduction, the E10 from the Mixcder brand is promising and has what it takes to make a good place in the entry-level Bluetooth headset market.

With a high-end look between a Bose Headphones 700 and a Parrot, for much less, the E10 headset from Mixcder can find a good place in the entry-level market. The Mixcder brand offers really convincing entry-level Bluetooth headsets on paper, all at an affordable price. We had the opportunity to take charge of its latest model with integrated active noise reduction, the E10. This time we bring you an excellent idea to finalize the gifts of your loved ones. We have been able to try a high-quality headband Bluetooth headset, the Mixcder E10. A gadget that will make the listening experience with your music level up thanks to a very successful sound and premium building materials. If you are still looking for the perfect gift to surprise a special person, the Mixcder E10 is an excellent option. After being able to try them for a few days we tell you all about these headband headphones that have managed to surprise us.

The manufacturer also chose black as the color for the packaging. However, you also set specific accents, such as a silver print on the headphones. In addition, the manufacturer advertises with a particularly environmentally friendly packaging, which I think is a bit strange given the completely printed black surface – but who knows. Inside there are: 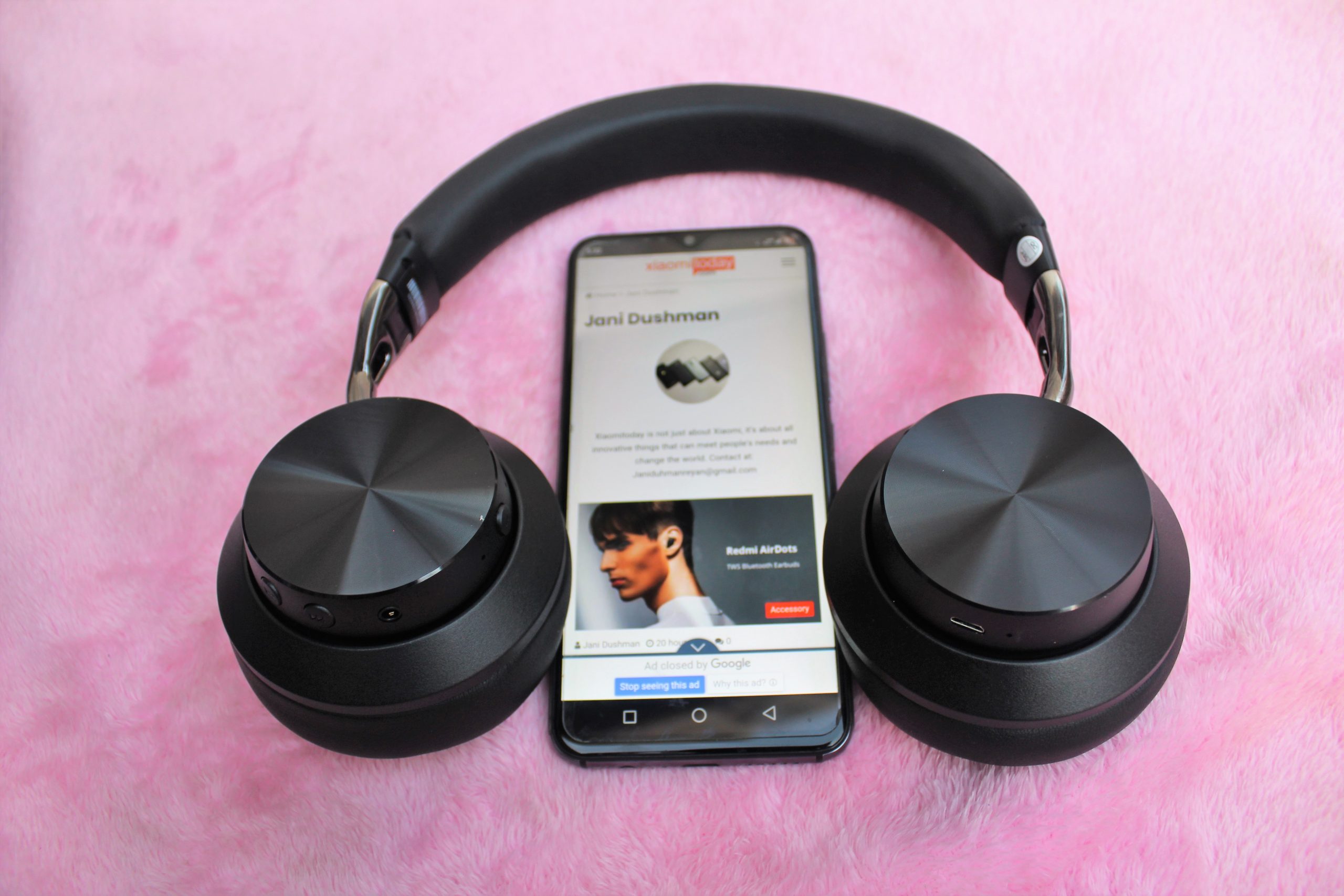 The exterior of the E10 can be seen as chic, even if the manufacturer does not win an award for creativity. Metal elements with many small grooves are attached to the speakers, which refract the light so that it looks like a record. It also fits that the general tenor is black and the elements do not otherwise deviate in color.

The metal frame holders are positive. The mechanism that allows adjustment to the individual head size is located within these frames. The maximum can be extended by 3 cm. Not exactly huge, but sufficient for most users. The temple on the crown is made of plastic on the inside and is also reinforced on the top with a thin metal plate. A break is therefore very unlikely. Mixcder also thought about padding the temple a little. Very soft synthetic leather is used here. There is a layer of foam underneath, which in my opinion is a bit narrow. But more on that later.

The headphones of the Mixcder E10 are very thickly padded. The same synthetic leather is 2.5 cm wide and 2 cm thick. Inside, of course, foam is used for the actual upholstery. In my ears, the E10 is a mix of over-ears and on-ears. The cushion sits on the edge of my ears but does not completely cover them. When it comes to connections, you, unfortunately, get an outdated micro USB port for charging. But there is also a 3.5 mm jack connection, which also makes it possible to listen to music with the E10 when the battery has already given up. Control via the buttons is then no longer possible.

Controls via Bluetooth are available: a power button, forward and back button and an ANC button. There are also two LEDs for charging status and pairing. Another LED indicates whether the ANC is activated or not. Overall, the Mixcder E10 has been processed successfully, the ear cups can also be rotated and folded in, for example, by 180 °, the gap dimensions are small and the pull-out rail, in particular, has a solid appearance.

As already cut, the temple is a little weakly padded and would have needed a little more of the foamy material. After a certain wearing time, which can be several hours, the bracket begins to press. It is better on the ears. Although the Earpads also lie on the ears and not just around them, it only gets a little warm after a while. But it won’t be really sweaty. However, you have to pay attention to the head movement. If the movements are too jerky, the headphones tend to slip, so headbanging won’t work. 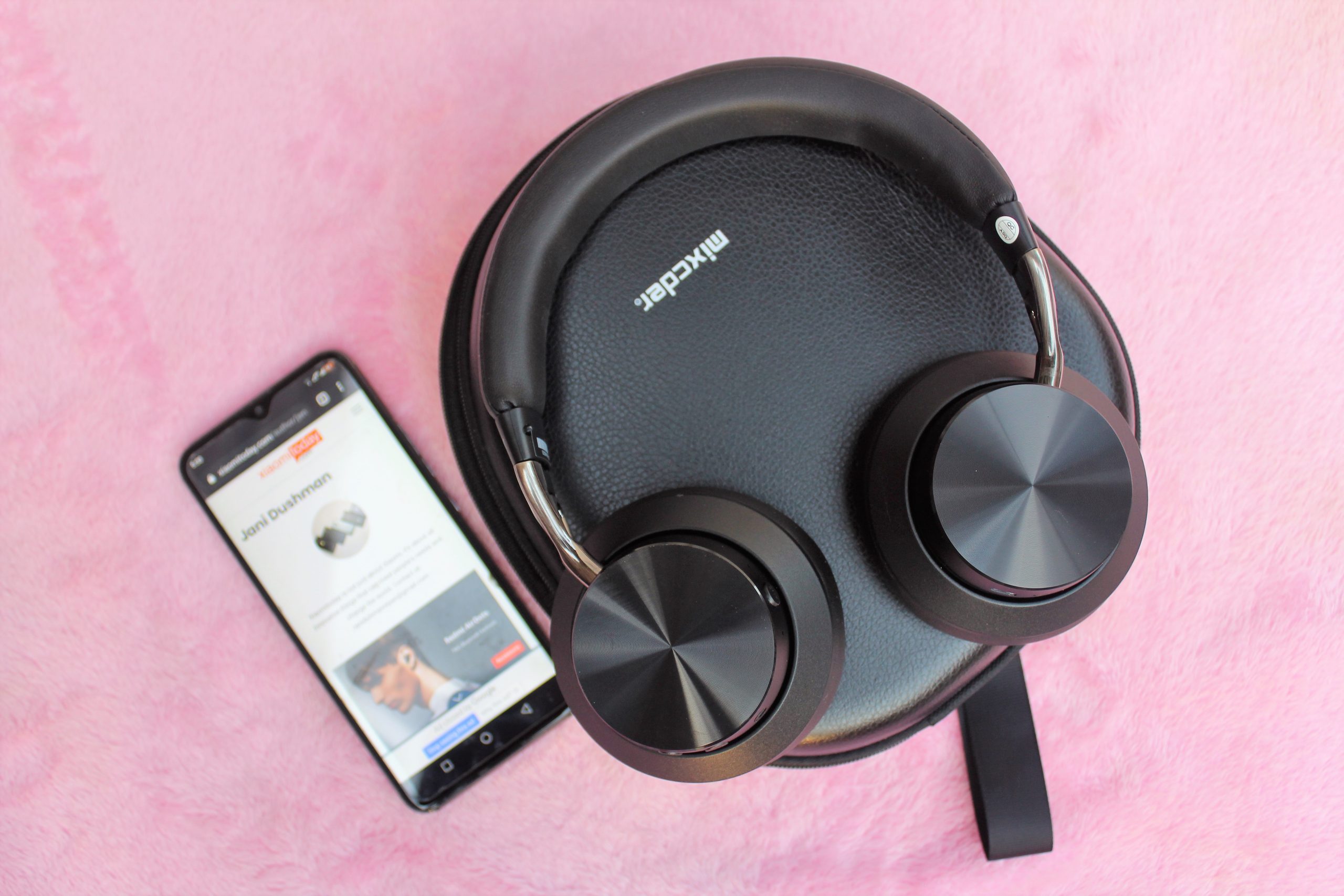 You don’t have to worry about stiff neck either, the headphones weigh 363 grams, which is fine for longer sessions. When you are out and about, you can keep the headphones and possible cables in the carry bag provided. It would have been nice to have a net in your pocket if you could keep the inserts in order. Otherwise, this is, of course, practical, if not very small. You can’t fold the headphones. 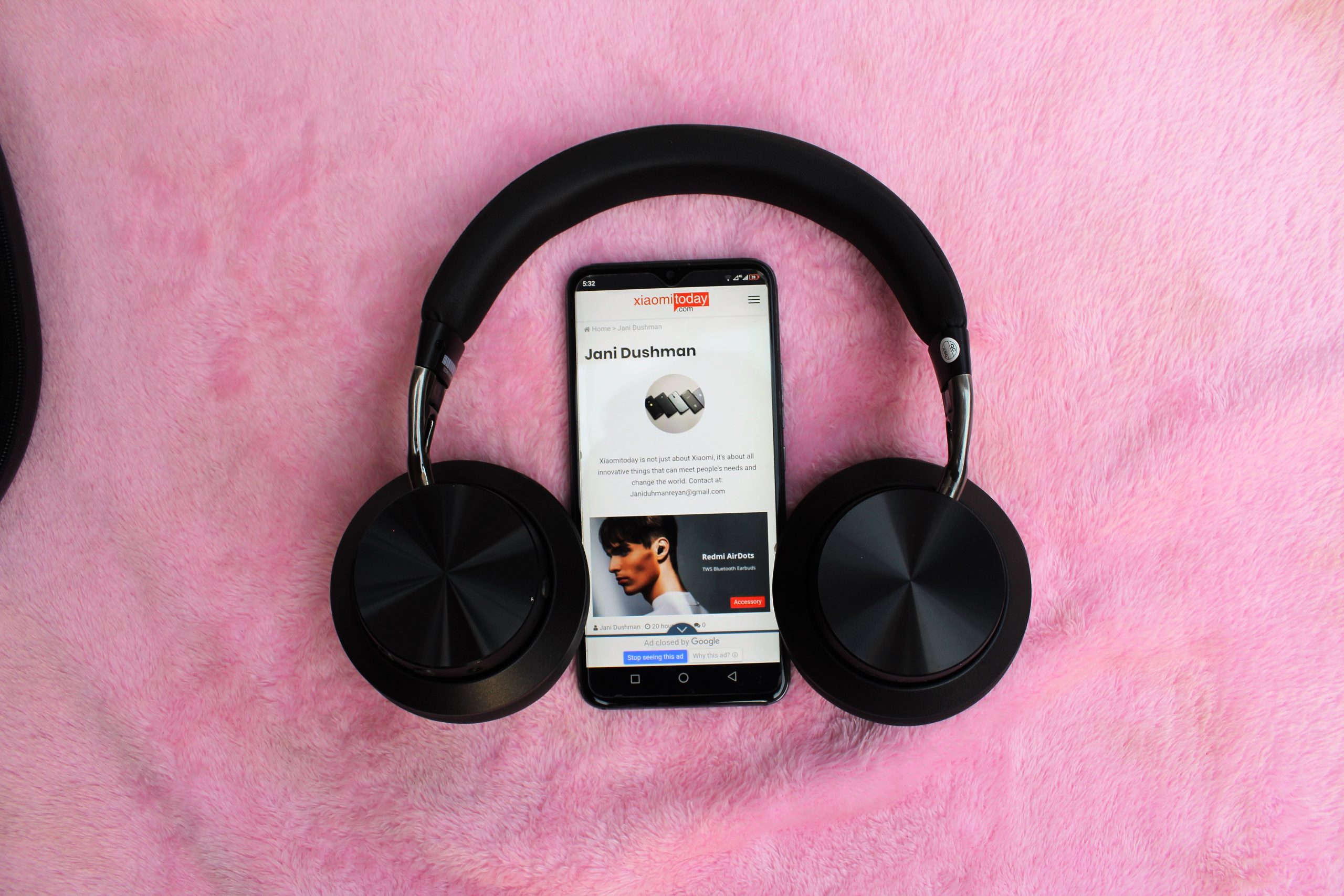 Almost as a matter of course, pairing is relatively simple. When turning unusually switched to pairing mode. If there is a device nearby that is known to the headphones, the connection is automatically established almost immediately. If you miss the moment, you can manually put the headphones in pairing mode. If you want to force the mode after switching on, just keep the start button pressed for a while until a nice English speaking lady says “Pairing mode”. The key assignment is quite self-explanatory in my opinion.

Sound of the Mixcder E10

In terms of sound, the E10 can be described in a few words: they are solid. 40 mm dynamic drivers are used as loudspeakers, which can handle the heights quite well. However, you can clearly see that the headphones are particularly deep. Bass thunders down on the eardrum and from a certain volume, ANC is actually no longer necessary, since the E10 seal so well that you can hear nothing more than your own music anyway.

And the volume of the E10 is decent. In some cases, the smartphone does not manage to fully exhaust the headphones, only with a jack cable on the PC (or via a system) can the Mixcder E10 be pushed to its limits. Unfortunately, the ear cushions are relatively small in size and therefore do not sit completely over my head, but also on the ears, which makes it a little more difficult to take a perfect position. When listening with cables, the transmission of cable noises also interferes with movement. The quality of the 3.5 mm jack is great, but if you wear the headphones on the go, you should only use them as an emergency solution. After all, the over-ears work even when the battery is actually empty, via the jack cable.

All in all, the E10 is just solid. They miss little details here and there in the heights but shake you awake with strong lows and bass. Overall, the headphones can deliver a usable overall picture through the bank, which also does not neglect the mids. Mixdcer not only picks up the bass fans, thanks to aptX-LL, streams or films can also be viewed very well and without any visible delay.

In the beginning, I mentioned that the big over-ears with Bluetooth should be just as suspicious as at the beginning of the TWS era. Mixcder tries a balanced package, integrates aptX-LL and in combination with Bluetooth 5.0. So it sounds really appealing. The smaller damper is the use of micro USB, but sponge over it. Much better is the fact that ANC is also integrated and this has already been implemented quite well with the Mixcder E10. There is a tonal difference between ANC On and Off, which is expressed in the fact that everything sounds a bit more subdued.

We have a positive result in language quality. Noise-canceling works very well, with continuous noise and also with voices. When the ANC is activated, you only hear yourself very very muffled when you have the headphones on. However, it seems to be less suitable for voice transmission. Phoning with the Mixcder E10 works, but the voice transmission is not exceptionally good, rather moderate. But it is enough for short phone calls. You don’t need to worry about the range. As a rule, 20 meters are loose in it. Even with an obstacle, the range only drops by approx. 5 meters. 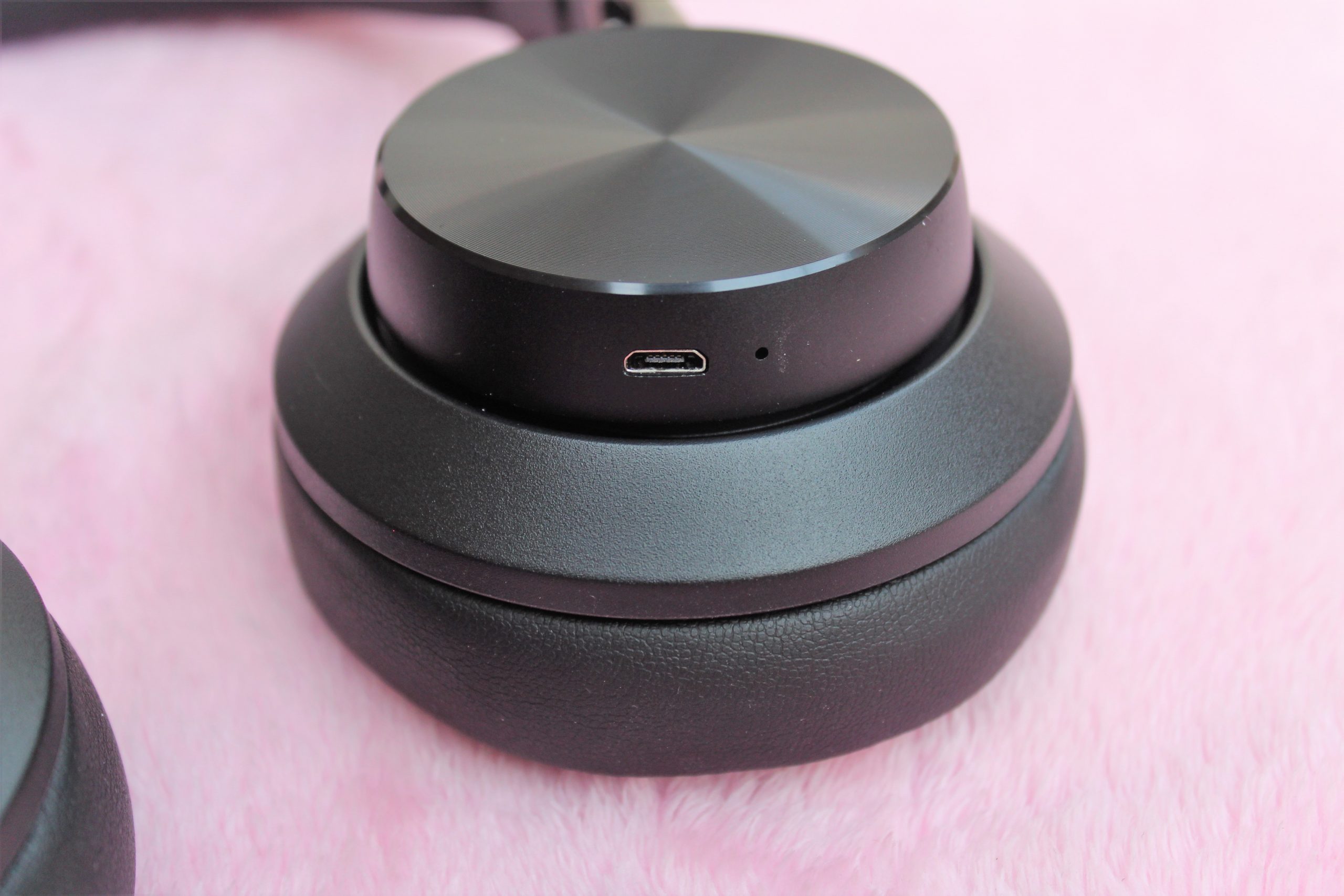 Micxder equips the E10 with a 500 mAh battery, which is quite ample. However, quite large drivers must also be fired. Nevertheless, the battery lasts for a relaxed 18 hours at 50–60% volume (which should normally be enough). ANC costs an average of just over an hour. However, we are far from the 30 hours advertised in the instructions. Nevertheless, this is a good value and is therefore sufficient for the longest flight in the world. A full charge of the Mixcder E10 takes about 1 hour via a normal power supply (10 watts), which is a great value. A 10-minute charge is enough for 2 – 2 ½ hours of listening to music. So the fast charging technology works.

Mixcder offers the AN10 with decent ANC headphones. The price is around $100 which is not exactly a bargain. Interested parties should keep an eye out for offers that keep coming back. Overall, the headphones are worth a recommendation. The minor weaknesses in the highs can be seen, but the rest of the sound is even better. The battery performance is also good and you only have a slight tonal loss with ANC. At the latest in an offer with € 80, you should access it.

A Spotlight On Details Of ukraine date 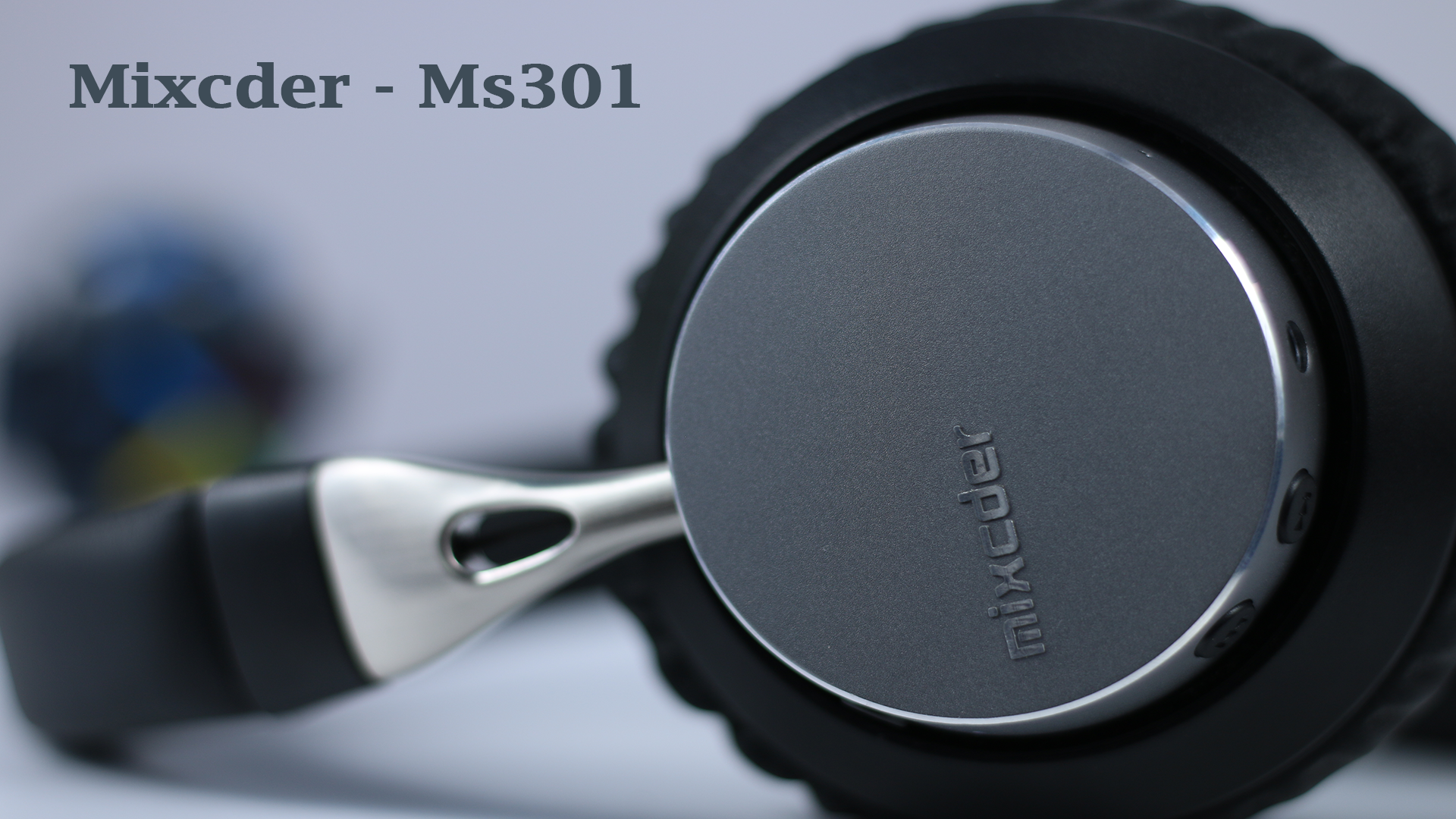 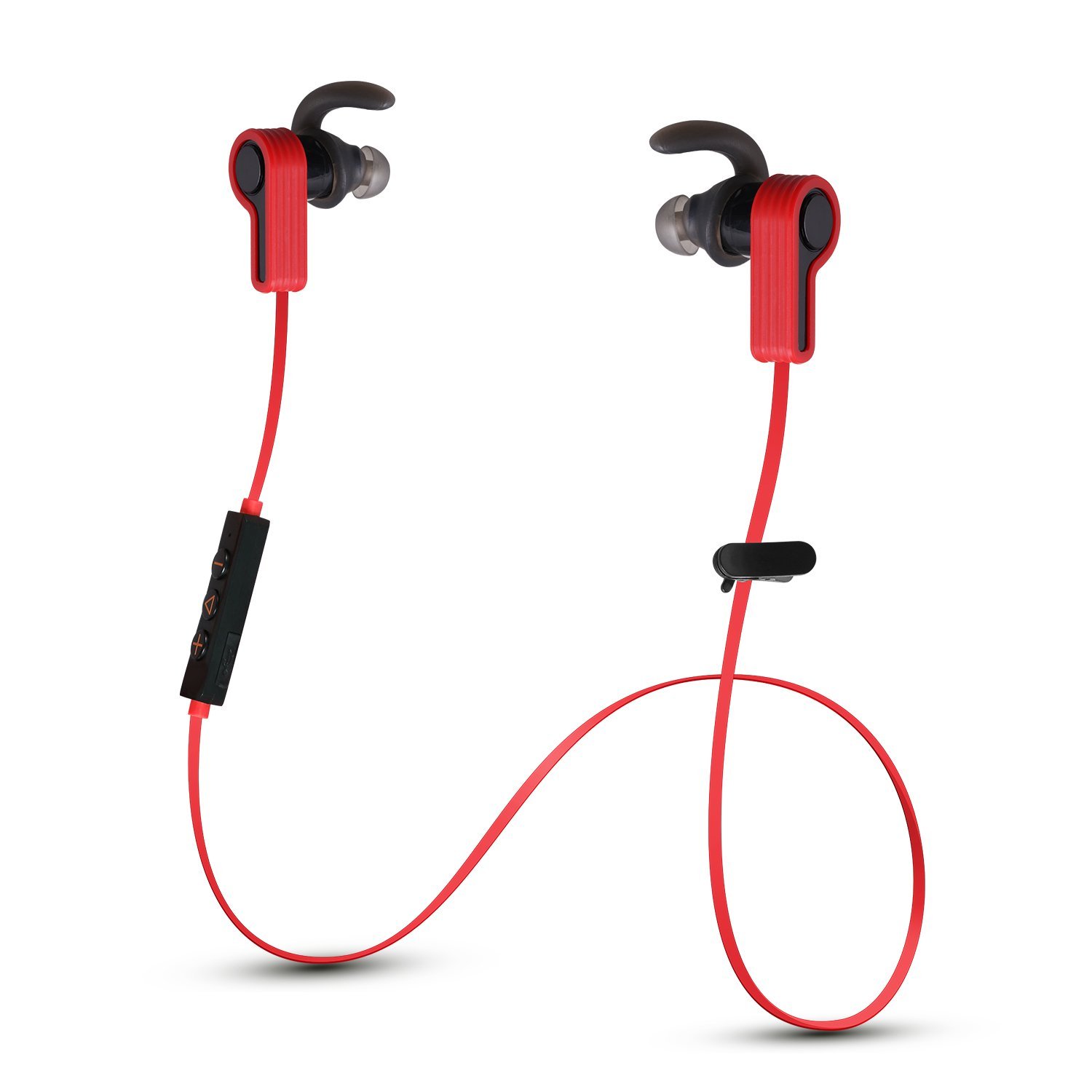