Few tasks are more tedious than household cleaning, which is why cleaning robots have been extremely popular since they went on the market, because they take a huge load off, many brands have sought ways to keep a small part of This great market, among those is Xiaomi. It is because of this that this brand has decided to launch a new cleaning robot called Mijia Sweeping Robot 1C, of course, the name indicates that it is manufactured by one of its most popular submarines , that is, Mijia.

Read also: Five great reasons why you should buy the new Amazfit GTS(Available for $132.99)

The Mijia Sweeping Robot 1C is a robot that comes with a high-speed visual navigation system, with which, you can create routes from the data collected along the path. It has a water tank with built-in electronic control and at the same time a suction power of 2,500 pa . But that’s not all, because it also has a professional OV vision system to simulate the neural network algorithm. Its navigation system is combined with its dual gyroscope and its optical flow sensor. Besides that, it comes with a processor CortexTM-A7 of four cores and a processing unit image Mali 400 with two cores.

The design has a total of 15 high precision sensors distributed throughout the robot’s body, so it achieves an environmental adaptation with greater ease, thanks to this it manages to avoid collisions, falls and avoids obstacles of all kinds. This device is priced at 1299 yuan ($ 183). 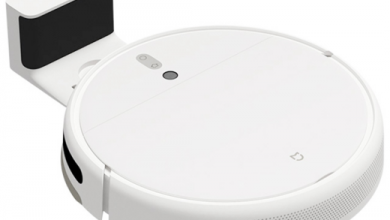