The Chinese technology leader Xiaomi is a well-known brand in India for manufacturing affordable smartphones. It will be alright to put the terms ‘Xiaomi’ and ‘affordable’ parallel to each other. The reason behind the brand’s popularity in countries like India is clearly the cheaper price policy of Mi and Redmi smartphones. The Redmi Numeric and Note Series are pivotal to mention in this concern. And now the company is going to launch its new Mi 10 Series in India.

Ultimately, it also clears the picture of why Xiaomi’s premium flagships like Mi 5 and Mi MIX failed to gain sufficient response in India. Xiaomi is all time top-ranked smartphone company in India, and the credit for this apparently goes to the most affordable offerings than competitors.

But now the scenario can be expected to change this year. Xiaomi looks to change the mindset of the Indian buyers by launching the Mi 10 Series smartphone in the country. Since the Mi 5 Series, Xiaomi has never launched any of the Mi Series in India. The fact behind it is the premium quality and higher price range. As we all know, the Chinese company has launched the Mi 10 and Mi 10 Pro phones in China on Feb 13.

Soon after the launch, the Xiaomi India head Manu Kumar Jain teased the launch of the same smartphone series in India. He announced that the Mi 10 and Mi 10 Pro smartphones would land the Indian soil soon. However, the company has not exposed any specific date yet. Along with the Xiaomi Mi 10 Series launch in India, the managing director further revealed that the pricing would be higher in India.

It fetches the higher price figure because of the state-of-the-art specifications, which are not available in India. To avail the Mi 10 Series smartphones in India, the company will have to import 100% of units from China. Jain depicted that the India price of the Mi 10 and Mi 10 Pro phones will be higher than the China pricing. Correspondingly, we can expect the Mi 10 phone to cost in India more than INR 40,000, whereas the Mi 10 Pro would be set you back with around INR 50,000.

Undoubtedly, both Xiaomi Mi 10 and Mi 10 Pro phones are well-nurture with a bunch of flagship features. The duo configures the latest Qualcomm Snapdragon 865 CPU along with the 5G support. For photography, the devices share the same 108MP primary sensor in the quad-cam system on the back. The selfie side hosts a 20 MP shooter.

On the front, both handsets install the 6.67” Super AMOLED display panel along with the sport for 90Hz, HDR10+ and corning gorilla glass 5 protection. When it comes to the software wing, the Mi 10 and Mi 10 Pro runs the same Android 10 with MIUI 11 on top. The storage areas look consolidated with 8GB/12GB RAM selections. To add more, both smartphones feature 30W fast wireless charging as well.

Likewise, the Xiaomi India head Manu hints in an official tweet that same models will arrive in India. It means Xiaomi is all set to enter India with higher-class flagship smartphone experience right after four years span. The last Mi Series smartphones that entered India was the Mi 5. After that, the Chinese brand didn’t manage to launch the flagships from Mi 6 to Mi 9 in India. Apparently, it was because of the unsuccessfulness of the Mi 5 in India, which was priced higher.

As now the firm has decided to launch the Mi 10 series in India. It would be interesting to see how the new entry will manage to make the Indian buyers click the products. It wouldn’t be a hunky-dory for the company to position the handsets in the price-sensitive country like India. Another noticeable factor is to see whether it will be successful in diverting the mindset of Indian customers and can finally get rid of the ‘Affordable’ tag in India. 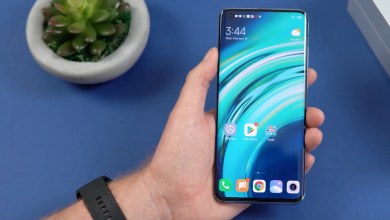 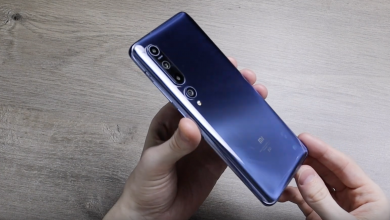