A fitness tracker can now be found on almost everyone’s arm. Why? They are small, sporty and have many features. While the Xiaomi Mi Band 2 on the winner’s podium is almost bored due to the lack of competition, the MGCOOL Band 4 tries its luck in the fight. The predecessor did not make it back then, but maybe the band 4 has better chances. 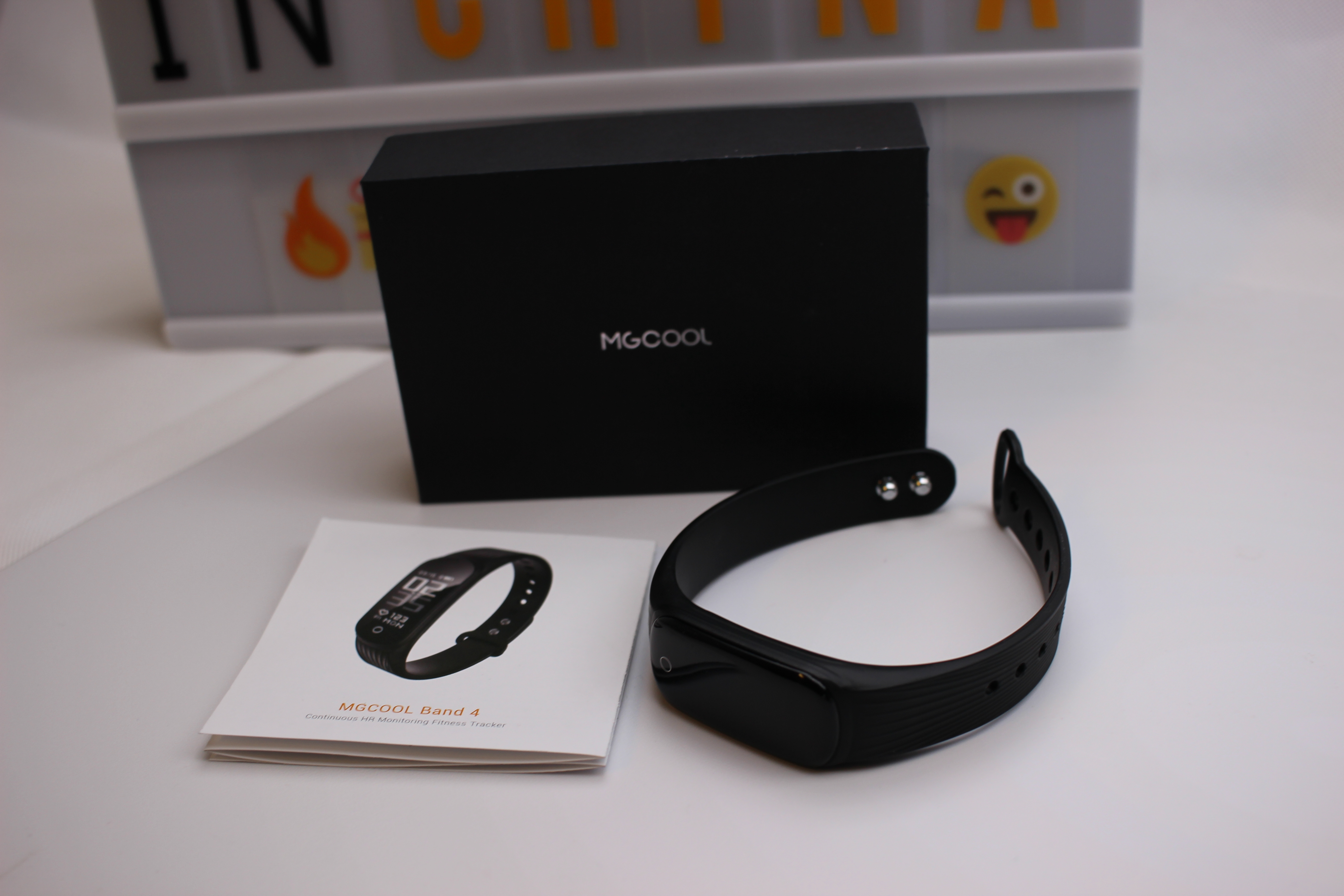 The MGCOOL band 4 comes in a simple black cardboard box with company logo. In the box itself, it looks rather meager, but that does not matter. Inside is only the band itself and a manual. However, you do not need anything more, since the band is charged via a built-in USB connector . 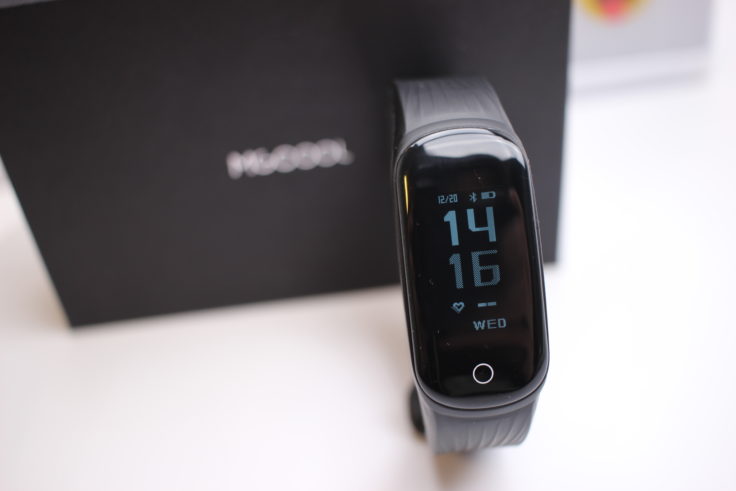 At first glance, the band 4 of MGCOOL look likes a mix of the Mi Band 2 and the Makibes G03 . This is because the 0.96 “OLED display stands out very much, but the actual fitness tracker, as in the case of volume 2, can be removed from the wristband. The size of the display allows a simultaneous display of the time, the day of the week, the number of steps, the date, the Bluetooth connection and the battery level. The Fitness Tracker (including band) is a total of 25.5 cm long, 2.2 cm wide and 1.12 cm thick. As a result , it weighs 26.3 g . This confirms the assumption that it is a mix of both fitness bracelets. 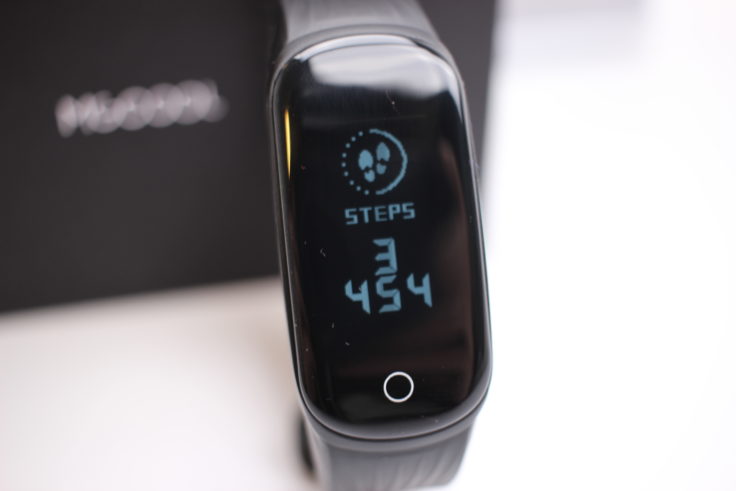 After configuring the time and date, you can wear the MGCOOL Band 4 Fitness Tracker simply as a watch replacement. Practically,both watchfaces with analog and digital clock are available. Less practical is that the Watchface is changed by a long press of the button. If one rolls over his arms and presses the button for a long time, the menu for changing the watchfaces opens.A problem that happened to me in everyday life too often and would be solved with an app control. It gets very ugly, for example, if you reach 1000 steps and the numbers no longer fit into the line. Smaller digits would have been sufficient here and should actually be noticed in the development. 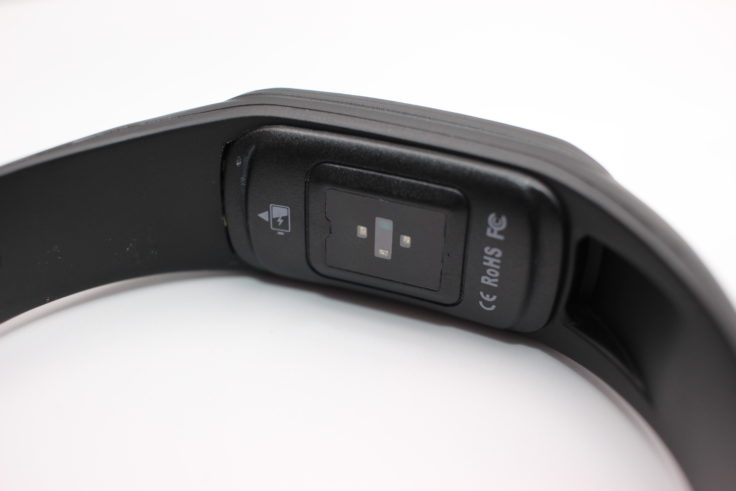 If you want to use its full potential, there are clearly several options. The many different menu items can be reached by pressing the button. Since there is a heart rate monitor on the backside of the tracker, continuous pulse measurement is possible . The pulse can be read from the band and every 5 minutes a value is transferred to the app. In addition, there is of course a pedometer , probably the most popular feature in these type of gadgets.

Another practical feature in everyday life is the notification function . If you have an active Bluetooth connection to your smartphone, you will be notified of incoming messages & calls. So the notification by vibration works well, the possibility to display messages is not optimal. Since the display is quite small, most messages can not be displayed correctly.

If you want to rest from your efforts, the bracelet also tracks sleep. There, the built-in G-sensor and the pulse measurement are used, which recognize whether and how you sleep. Most of the time the band recognizes, even if you fall asleep. Sometimes, however, there are small deviations at the time of falling asleep .

Incidentally, the G-sensor also allows the wake-up feature , which turns the display on as soon as you turn your arm to look at it. Again, the function is not very mature and I’ve to shake my wrist often, because the display was not on . 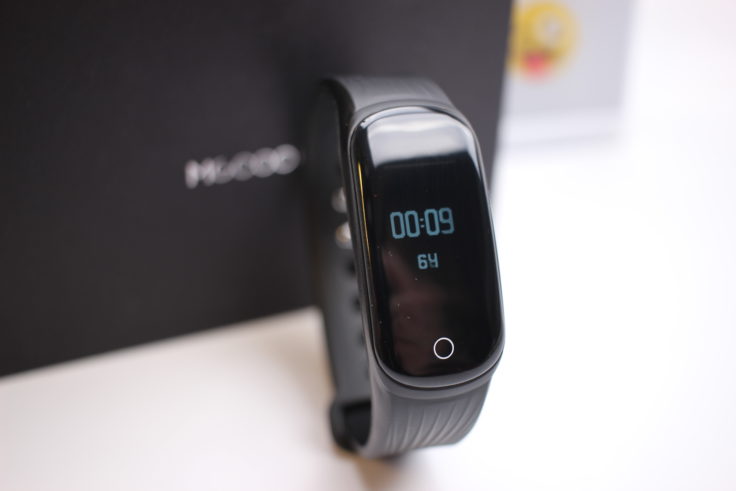 There is not much to say about the stopwatch. You switch to the option and can then start the stopwatch. A long press with stopped stopwatch resets the time. Another feature that is possible directly on the band is the ability to search your smartphone. If you activate it, your phone will start to ring. Handy for those who often lose their mobile phone. 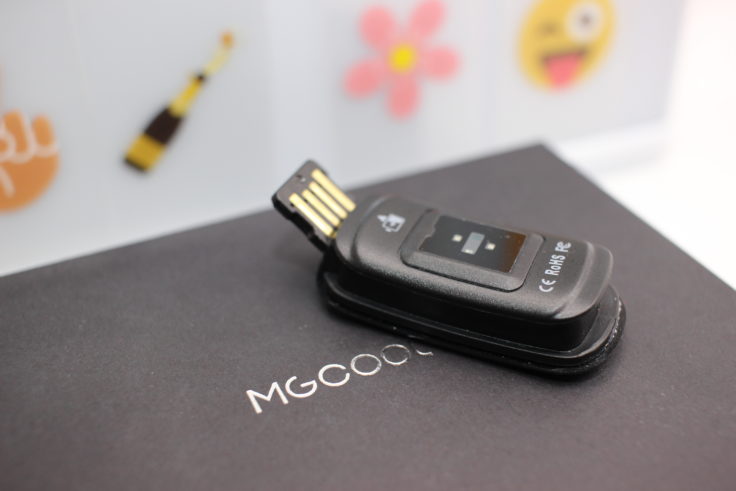 To access all functions, you should connect your tracker with the associated app. This is the WearFit 2.0 app for which Android 4.4 or iOS 8.0 and up is the minimum requirement. With Bluetooth 4.0, you can connect to the smartphone. If the smartphone is successfully connected, the band vibrates briefly and displays a Bluetooth symbol on the display. First, not a big problem, but a helpful is notification. But if you go just outside the range, so that there is only a weak connection, the band vibrates without pause . Yet another point that causes unnecessary frustration.

Fortunately, if you want to recharge the built-in 90 mAh battery inside the tracker, you are not dependent on an extra USB cable.

The MGCOOL Band 4 Fitness Tracker looks pretty good overall.There are problems with some features and even the essential connection with the smartphone is not mature. With the bad translation you can live, because it is still to understand. Simple things like the size of the digits on the display, are things you can not afford with the current competition.

[50% Off] Grab The Xiaomi TS Anti-Blue-Rays Protective Glasses For $39.99 On Gearbest (Coupon)