Meizu has planned to launch a MT6753-powered smartphone in February, and it happened. The next phone should be equipped with a Helio X30, and it should be the Meizu Pro 7. But the latter is expected to hit the market only in June. This means we have to wait for 4 months before this manufacturer comes in with another device. So we have a lot of time to play with the Meizu M5S and find out what market it is designed for, and what selling points it has.

The Meizu M5S was launched at the same time with the Xiaomi Redmi Note 4X and Motorola G5 Plus. All three phones are targeted for the mid-range market. Therefore, we can expect for a good combination of price and hardware / software. The Motorola G5 Plus doesn’t compete with these two models in Chinese and neighbor markets. So let’s forget about it for a moment. As for the Xiaomi Redmi Note 4X, we have learned much about it, and we know it is ready to beat all of its competitors. But Meizu is not one from those manufacturers that lay down their arms quickly.

Everything about the Meizu M5S hints we are dealing with a well-prepared device, which knows where it enters and what its mission is. But there are many features have to take a closer look at. So let’s start our Meizu M5S review.

Meizu held a press-conference on February 15, where it introduced the first phone of 2017 dubbed as the Meizu M5S. This is the next device from Blue Charm family. The standard version with a 3GB of RAM and 16GB of internal memory was initially priced at 799 yuan ($116), while the 32GB version was announced at 999 yuan ($145). Thus we are dealing with a regular thousand-yuan smartphone designed for young customers.

The Meizu M5S comes with an 18W high-speed fast charge technology that charges the phone up to 56% in 30 minutes. This means Meizu brought the fast charging technology to the thousand-yuan devices. Therefore, other mid-range phones from this niche have a lot of things to think about.

Other than that, the Meizu M5S is thought to be a replacement to the Meizu M3S, though the most eye-catching change refers to the screen size.

The phone comes in a regular white box. There are no images on the package. So everything looks elegant, but the light colors hint this phone has been made for youth.

The back side of the box includes some standard information on the Meizu M5S such as memory, battery, model and so on.

Once the phone is opened we can see the phone matches the packaging size. Everything is compact and we won’t find any useless accessories and spaces.

The packaging includes the phone itself, cable, charger, pin, and a user manual.

This phone is compared with the Mieuz M3S due to a few features. First of them concerns the same metal housing. We have used to see metal body mainly on high-end devices. But Xiaomi and Meizu habituate us to require such a housing from low-end and mid-range phones. Moreover, metal housing doesn’t mean we are dealing with a piece of aluminum. Almost all models come with a finest appearance due to CNC crafting and 360 degrees of 3D sandblasting processes. Plus, the Meizu M5S has also passed anodizing treatment as well as laser engraving technology. So when holding the phone in hand we have a great feeling of ergonomics. Shortly, the Meizu M5S continues the best traditions of this family. So once you see it, you will identify Meizu’s handwriting at the first sight.

This phone is packed with a 5.2-inch 720P display with a wide viewing anlge of IPS technology. It also supports GFF display technology for sharper viewing experience. However, the pixel density is a bit disappointing – 282PPI. Even the 2.5D glass doesn’t save the situation – this is the main shortcoming of the phone.

The upper side of the front panel has to holes – one for the front camera, and the next one for the speaker. The sensors are hidden under the panel.

The bottom side carries only the elipse-shaped home button supporting mTouch technology. The button is made of glass. It is surrounded by a metal ring for reinforcement.

Read Meizu Has Granted mBack Patent to find more about the mTouch technology.

The back panel of the phone is made of metal, though the upper and lower sides are made of plastic. As Meizu has been always perfect in the level of technology, you won’t feel any color differences between them. Other than that, the T-like design make the phone to be great in terms of connectivity.

The rear camera at 13MP lens paired with a LED light is placed in the upper middle area. The camera comes with f/2.2 aperture and supports PDAF as well as autofocus.

The lower side comes with a small printing ‘Designed by Meizu LTE Mobile Phone Assembled in China’.

The power button along with the volume rocker are located on the right side.

The SIM card slot is placed on the opposite side.

It is divided into two slots – one of them can be used as a memory expansion up to 128GB. But if you refuse this option, you will access dual-SIM dual-standby option.

While the microUSB port and two speakers are located on the bottom.

That’s not a secret young users are more obsessed with mobile phones. Therefore they need more power in their handsets than other users. That’s why battery capacity is one of the decisive features of the phones designed for this niche.

There are two ways to solve the problem related with the power. Manufacturers either pack their products with larger batteries or develop new technologies for faster charging. We know chip makers as well as smartphone manufacturers are working on newer technologies to save more power and to shorten the charging duration. As for the Meizu M5S, this phone comes with a charger supporting up to 18W fast charge technology allowing users to charge the phone up to 56% in 30 minutes. In this sense the slogan ‘Do not waste youth on charging’ is quite reasonable.

You may ask why other manufacturers do not bring 18W charging technology to their phones too. The reason is these chargers cost more. So manufacturers avoid it not to increase the phone pricing.

To understand what I am talking about let’s compare the Xiaomi Redmi Note 4X with the Meizu M5S.

As for the Redmi Note 4X, it will be fully charged in 140 minutes.

We have taken another test in order to learn how the phone will discharge. The game was played at 50% of screen brightness and the WiFi was on. As a result, the Meizu M5S drainages to 83% after 1.5 hours of playing. So the 3000mAh battery is enough for daily tasks.

Flyme has been always known as one of the simplest UIs. Meizu’s UI is easy to use and no one can argue this. The Meizu M5S comes with the latest Flyme 5.2 based on Android 6.0. Thanks to this OS the phone is capable of providing a stable performance regardless the list of new functions it runs on the background.

However, it’s expected the phone will get an OTA update soon replacing the current version with Flyme 6.0 OS.

At last, learn how the mBack works to ease your daily use.

The Meizu M5S sports a MediaTek MT6753 octa-core SoC clocked at 1.3GHz and paired with a Mali-T860MP2 GPU, 3GB of RAM and 16GB / 32GB of internal memory. It looks sufficient for a thousand-yuan smartphone. But let’s see what benchmarks show.

Read Top 10 Smartphones in January, 2017, according to AnTuTu.

Probably, this is the second disappointing thing of the phone – it scored only 3094 at PCMark comprehensive performance test. But what’s worse, the CPU clocks at only 0.6GHz.

But if ignoring all these benchmarks and focus on practice, the Meizu M5S runs smoothly and you can even play semi-heavy games without problems.

As for the front camera module, it comes at 5MP lens.

However, both cameras provide regular performance such as panoramic shooting, manual mode, slow motion, GIF animation and so on. But I guess most of you will use only the automatic mode. To check out how the rear camera shoots daytime take a look at the photo samples below.

And learn how it captures in the night.

As you can see, the lack of OIS and other demanded features affect the final result of the photos. For example, it’s very difficult to counteract the noise. On the other hand, let’s remember this phone is made for entry-level. In this sense, the camera performance is satisfactory.

The Meizu M5S is priced quite acceptable. Thanks to such a pricing it can compete in the entry-level market as well as mid-range market. However, there are not many selling points. The Meizu M5S’ key features are the metal housing and the fast charging technology. But what do young users need? I guess these two features are satisfactory for this kind of customers. 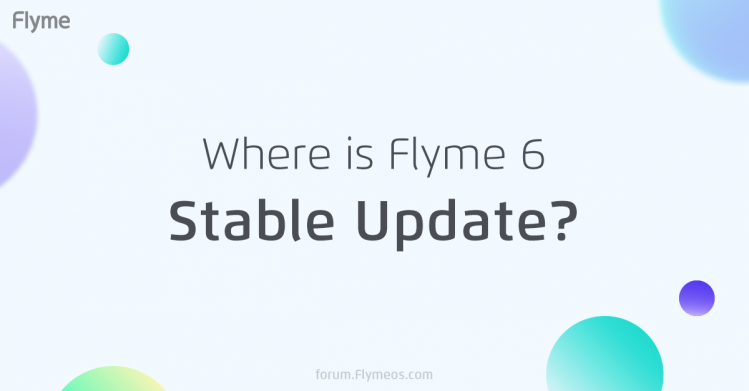