Smartphone lovers have been waiting for the Lenovo ZUK Edge for a long time. And we have done as well. It’s conditioned with the fact the no-bezel smartphones have become a mainstream, and it’s been very interesting to know what will bring Lenovo to the market. After a couple of leaked photos finally we were able to get our hands on the Lenovo ZUK Edge on December 20 – the day when it was officially unveiled.

Actually this is not a curved screen smartphone like the Xiaomi Mi Note 2 and its rivals, but the Lenovo ZUK Edge is conditioned as a bezel-less (aka edge-to-edge) device. Its display occupies almost 86.4% of the front panel. This is not the best feature we have seen, as the same Mi Mix comes with 91.3%, but the ZUK Edge still looks quite astonishing and can make a tough competition to the Xiaomi Mi MIX and other bezel-less handsets. If ignoring this smartphone the Lenovo ZUK Edge can grab the first position from all other handsets from this category. To ascertain in my words look at the table below:

As you can see, only the Moto Z and iPhone 7 Plus can be compared to the ZUK Edge in terms of screen size. The rest of its rivals are the way smaller.

Anyway, the Lenovo ZUK Edge comes with an improved design. I guess no one will mind if I say it’s a combination of the ZUK Z2 and Z2 Pro. I mean it combines ZUK Z2 sided 2.5D glass and Z2 Pro’s metal frame design.

If looking at the hardware, the ZUK Edge is the first smartphone of Lenovo sporting a Snapdragon 821 processor that is also paired with a 6GB of RAM and 64GB of internal memory.

It is also the first Lenovo phone to come with a touch Home button. Thus there is no capacitive home button on the fornt.

At last, the Lenovo ZUK Edge is priced at 2299 yuan ($331), which means the company continues coming in with cheap handsets providing great performance simultaneously.

The Lenovo ZUK Edge comes in a black packaging giving a good feel of quality. The top side carries only the name of the phone.

The bottom side comes with the phone’s model of Z2151, the memory configuration and detailed info about the phone including the color option. This is the titanium crystal black version.

The Lenovo ZUK Edge features a 5.5-inch Full HD TDDI display with a pixel density of 403PPI. The rest of display features include a contrast ratio of 1500:1, 85% of the NTSC color gamut, and the maximum brightness of 500 nits. It is also covered with a 2.5D glass. Agree this is not the best ZUK screen we have ever seen.

The proximity sensor along with a speaker and a front camera are located on the upper side of the front panel.

Below the screen we can find a touch sensitive Home button. It works identical to Meizu’s mBack – long press to return to previous screen, long press to go to main screen, slide left/right for different operations, and finally it supports fingerprint recognition.

The back panel of the Lenovo ZUK Edge comes with the same 2.5D glass covering. The rear camera is on the center accompanied with a dual-tone LED flash and oxygen sensors supporting heart rate monitoring and blood testing. The phone comes in a minimalist design and the titanium crystal black color makes it to look like a business smartphone.

The top of the phone carries only a small microphone hole for noise cancellation.

The bottom side comes with a 3.5mm audio jack, another microphone, a speaker and a USB Type-C interface.

The power button and volume rocker are located on the right side.

The SIM card slot is placed on the left. There are two nano SIM card slots, but unfortunately you can’t find a microSD card expansion.

We have already got acquainted with the dimensions of the Lenovo ZUK Edge from the table above. It weighs only 160 grams and there are two color options – titanium black and ceramic white.

At the end, the Lenovo ZUK Edge packaging includes:

The Lenovo ZUK Edge is powered with a Snapdragon 821 CPU that uses second gen Samsung 14nm FiFET LPP technology. Thus it comes with a quad-core 4x Qualcomm Kryo CPU clocked up to 2.35GHz and Adreno 530 GPU. The Snapdragon 821 provides 10% better performance in comparison to older Snapdragon 820, while the GPU performance has improved by 5%.

Moreover, the Lenovo ZUK Edge is equipped with a 64GB fast UFS 2.0 internal memory and dual-channel 6GB LPDDR4 RAM. This configuration provides the best performance for small apps as well as large 3D games. So users will face no problems when launching different apps.

To understand whether the manufacturer was able to get the most from these configuration we tested the Lenovo ZUK Edge via different benchmarks.

Looking at the first benchmarks at AnTuTu 6.3.1 we can see most of time the Snapdragon 821 CPU works between 50% – 100% most of time, the overall load is between 80%-100% that means it provides too high CPU utilization.

As for each core, all four cores work simultaneously, but the large cores (2-3) can reach the highest frequency of 2.35GHz, while the small cores (0-1) load up to 60%. Therefore, we can conclude the Snapdragon 821 overall performance is stable, all four cores run at the same time, and the chip is able to control the power and core heat.

Thereafter, the Lenovo ZUK Edge was tested via an AnTuTu sub-test. It scored 162,373 points, and this helps the phone ranking on the third position after the iPhone 7 Plus, and iPhone 7. Moreover, the ZUK Edge was compared to the iPhone 7, and as you can see the overall performance provided by the Snapdragon 821 is better than Apple’s newest phone.

Below is the comparison table of different CPUs and smartphones. The ZUK Edge is more powerful than the LeEco Le Pro 3.

GeekBench 4 CPU test showed the Lenovo ZUK Edge is not as good as we think. The Huawei Mate 9 Pro and LeEco Le Pro 3 scored more than the ZUK Edge.

If taking into account this benchmark results, the Kirin 960 is the winner.

Then it was tested via GFXBench 4 GPU test. According to the results, the ZUK Edge is in the game again showing 1080p video support at 96fps.

The comparison table is below.

Three beasts in face of the Lenovo ZUK Edge (left), Huawei Mate 9 Pro (middle), and Meizu Pro 6 Plus (right) were put in the AndroBench 5 storage performance test. As you see, the ZUK Edge and Meizu 6 Plus Pro scored almost the same points because both of them come with UFS 2.0 memory, while their main rival sports a fast UFS 2.1 memory.

The comparison table is below.

As for the PCMark comprehensive performance testing shows the Lenovo ZUK Edge reaches 7235 points, which brings the fifth position to the phone.

After the 3DMark GPU test the phone scores 2570 points ranking on the fourth position after the Vivo Xplay5 Ultimate.

I guess all these tests we can conclude the Lenovo ZUK Edge provides great performance that can compete with the top-notch devices.

The Lenovo ZUK Edge is equipped with a 3100mAh battery supporting fast charge technology, but the charger coming with phone is only 13.25W (5.3V / 2.5A). Taking into account this fact we decided to put its battery in a few tests.

The first test was made when there was remaining only 2% of power. It was plugged to charge and charging data was written down for every 10 minutes.

The test showed it took only half an hour to charge the phone to 35%, and one hours to charge to 72%. Than the charging speed decreased, and it took 120 minutes to charge fully.

The PCMark showed 9 hours and 17 minutes.

At last, the ZUK Edge was tested for maximum temperature, and it reach up to 42 ?, which is a normal data.

The phone is packed with a 13MP camera powered with Samsung 2M8 sensor. It comes with Samsung ISOCELL technology that ‘increases light sensitivity and effectively controls the absorption of electrons, resulting in higher color fidelity even in poor lighting conditions’. The sensor size is 1/2.6” at pixel size of 1.34-micron, and the aperture is f/2.2.

There is also an 8MP front camera supporting up to 1080p video recording.

The Lenovo ZUK Edge camera app is too easy to use. There are not many adjustable options.

But once the HDR is on, the photos become quite acceptable.

Due to small f/2.2 aperture outdoor photos can be annoying.

Well, this is not a Sony sensor, and seem it affects the photo quality. But this camera comes with a list of useful features such as EIS and nighttime shooting. The latter is the key feature of this camera.

Lenovo tries to change the things with its ZUK series smartphones. The ZUK Z2 was priced at 1799 yuan ($259) and it was the first smartphone with Snapdragon 820 at such a low price tag. There also was the ZUK Z2 Pro – the world’s first 3D body smartphone fighting in the high-end market. In this sense, the ZUK Edge can be considered as a ‘bezel-less flagship’ at an affordable price tag.

As for other features we didn’t talk in the article, the Lenovo ZUK Edge runs on ZUI 2.5 based on Android 6.0 that should be upgraded to Android 7.0 in the nearest future. Thus this handset is great even in terms of software.

I guess, all the abovementioned features showed we are dealing with a powerful flagship that will hit the market in January 2017.

Xiaomi Notebook Air 4G Released - Everything You Need To Know! 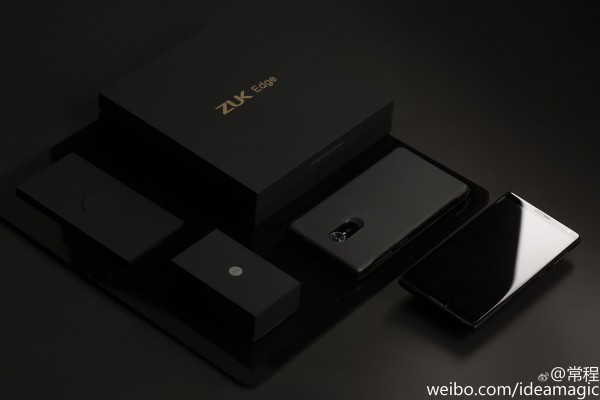