The Lenovo Z5 Pro GT impressed fans of the brand worldwide with its robust configurations. Inside the smartphone is Qualcomm’s fast Snapdragon 855 processor, capable of running any present Play Store app smoothly and without crashes.

The main one is its sketchy design, as the mobile is a whole slider going downwards for the 2 Selfie cameras to appear at 6.39 ? with a Super AMOLED display of 2340 × 1080 pixels. The overall dimensions of the phone with 155 x 73 x 9.3 mm are very good, with the weight being slightly increased due to the Slider mechanism and reaching 210 grams.

We believe everyone is familiar with the Snapdragon 855 chip. Simply put, both the CPU and GPU are the best in the current Android lineup. With a 7nm CPU support, the performance of power consumption and continuous performance output is more eye-catching. Thanks to the Adreno 640 GPU’s graphics rendering speed, it plays games more smoothly.

The main sensor is a 16-megapixel Sony IMX519 and an f/1.8 aperture. This is accompanied by another sensor with the same aperture, but the IMX579 24-megapixel model. As for the video recording, we have up to 4K resolution. In the removable front camera, we also have double sensor. The main one is 16 megapixels with a f / 2.2 aperture lens, while in the second one is added one of eight megapixels with infrared to try to improve facial unlocking. Only 3250 mAh, which is a little small for today’s smartphones. The package includes NFC, Bluetooth 5.0, Dual Band WiFi, and Dual SIM Standby mode. The unlocking speed of the Lenovo Z5 Pro GT is 0.45 seconds, which is relatively fast.

ZUI10 removes the extra decoration and makes the content simpler and purer. The use of elemental dynamic changes makes the interface more flexible and efficient, and the color and element form carry the content, which makes the key content jump into the eye and enhance content recognition.

The Lenovo Z5 Pro GT comes standard with a 3350mAh battery. The built-in Snapdragon 855 CPU performance is 45% higher than the previous Snapdragon 845. With the 9V/2A charging head, it can be charged to 40% of the battery in half an hour, and the phone can be fully charged in 112 minutes.

Although the full-screen slider can bring a higher screen ratio and a more comfortable visual experience, it also brings more structural design compromises, such as the sealing, thickness, and weight of the whole phone. Lenovo Z5 Pro GT is now available on Banggood For Just $249.99 using a Coupon Code: BGZ5P8. Click the following button for order now: 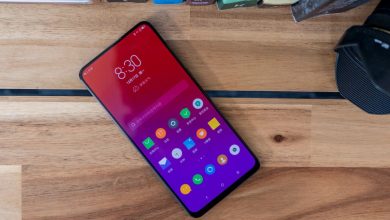