Lenovo is dropping some exceptional smartphones in the budget range. The recently released Lenovo S5 Pro budget smartphones are trending in Dubai because of the exciting features and affordable price.

For a smartphone on a budget, you’d expect a lousy design on the mobile phone but instead, it has a clean simple design The smartphone has three of the color variation including Black, Gold, and Blue whereas, the body flaunts fine bezels around the slim and sleek structure of 7.7 mm thickness with the vertical camera placement at the rear and fingerprint scanner.

You have the camera on a vertical row with flash below them and the fingerprint scanner where it ought to be towards the center. There is the notch on top of the display and just a bit of a chin at the bottom as well as a fraction of bezels at the side.

The smartphone rather has a Snapdragon 636 with an Adreno 509 GPU. The smartphone also features a 6GB RAM and 64GB Storage option. You can use your memory card to add up to 256GB of storage space. Lastly, it has the Android 8.1 Oreo running with a bit of touch here and there from Lenovo.

The promising hardware is not the only reason to fall for the Lenovo S5 Pro, it has a dual camera set up at rear and front both. The main camera lens is of 12MP+20MP of optical zoom topmost enticing in a budget smartphone further, the selfie camera is also a killer with the lens of 20MP+8MP lens infused with the infrared face-reading technology for the front face unlocking which can’t be ignored as a lower mid-range smartphone it is very superlative and fascinating.

For the software, the Lenovo S5 Pro smartphone runs on Android 8.1 Oreo operating system based ZUI 5.0 and it is fueled by a 3,500mAh battery. The phone has a rear-mounted fingerprint sensor and faces unlock feature as well. Connectivity options include a hybrid dual SIM slot, 4G VoLTE, Wi-Fi 802.11ac, Bluetooth 5.0, GPS, USB-C, 3.5mm audio jack. The Lenovo S5 Pro runs on ZUI 5.0 which brings fluidity of the UI and adds Full U-Touch 5.0 Screen gestures, AI voice commands, and features such as automatic call answer via gestures. 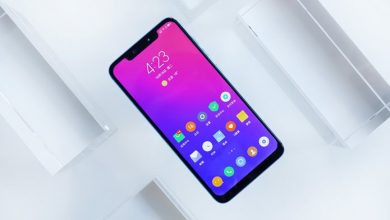