The warm-up days are over. The Xiaomi Redmi Note 5 will finally come out tomorrow, and as expected, the charismatic Xiaomi CEO, Lei Jun, could not stay without making the corresponding announcement on his part. Making use of his official microblogging account, Lei has published the long-awaited commentary accompanied by an image that shows the famous Chinese idol Liu Haoran holding the proclaimed “most powerful Xiaomi Redmi Note Smartphone in history.”

Everyone talks about the Xiaomi Redmi Note 5

Lei Jun commented on the device that it is a high-end machine with the price of a low-end device, equipped with a Qualcomm Snapdragon 636 processor, 6GB of RAM and a built-in battery of 4000mAh, among other features. 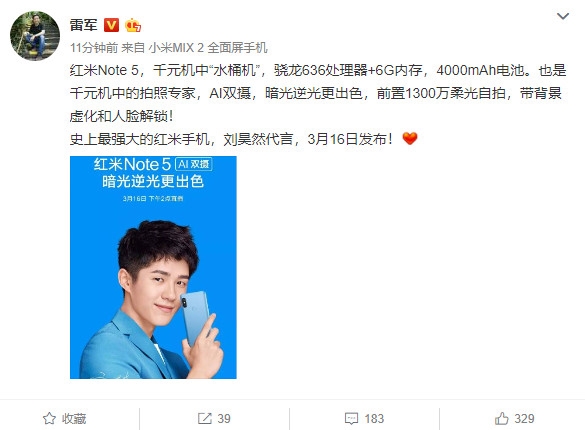 Lei Jun also emphasized the ability of the Redmi Note 5 at the photographic level, being comparable to that obtained with professional devices. This technological achievement is thanks to the artificial intelligence of the dual cameras (two sensors of 12+12MP) and the lighting management that it achieves. Also, the new device has a 20MP front sensor that allows facial unlocking. 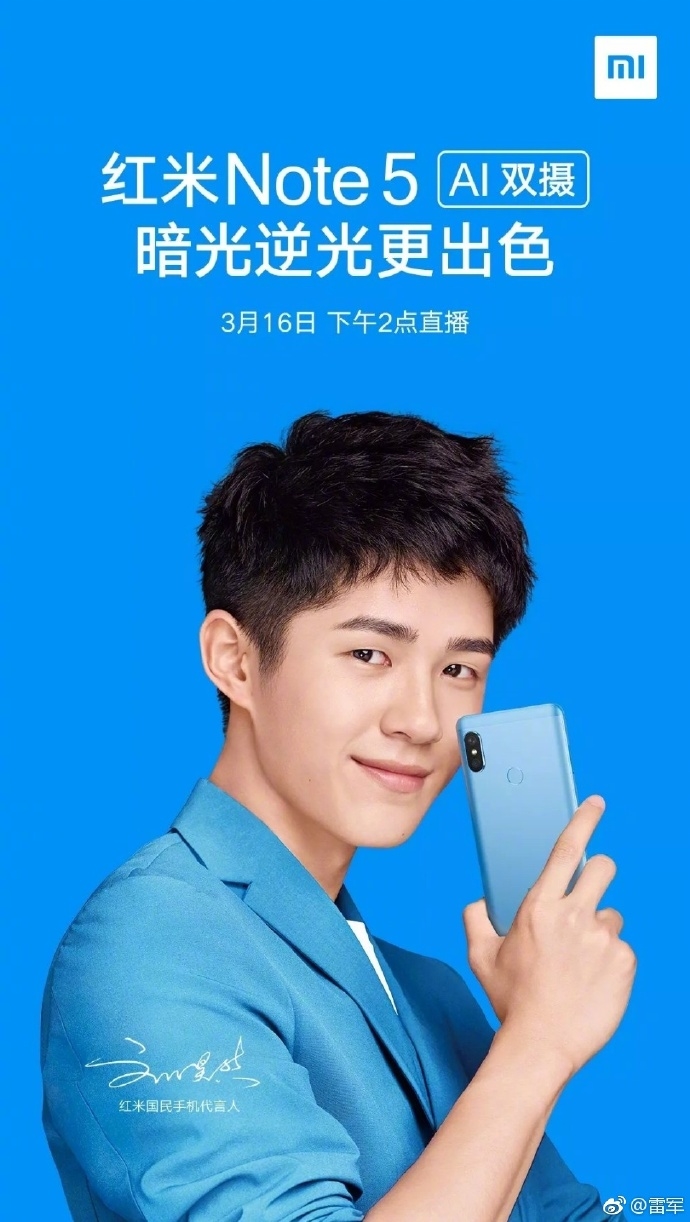 The design of the Redmi Note 5 continues the style seen in the Redmi 5 series, where a 5.99-inch front screen with an aspect ratio of 18:9 and a resolution of 2160x1080p will be responsible for dazzling us visually. Also, the metal case is built in 3 pieces, has a vertical arrangement in the rear cameras and a fingerprint scanner near them.

The price of the device is still a mystery, and for now the biggest reference is the Xiaomi Redmi Note 5 Pro that came out recently in India, which costs 13999 rupees (approximately $216) in its version of 4GB of RAM, while that its version of 6GB of RAM costs 16999 rupees ($262). It is expected that this improved version that resembles the Pro has a similar price. It is only a matter of hours to know all the data of this smartphone.