With the new Apple Watch Series 5, Apple confirms its strong presence in the smartwatch sector with sales reaching almost 50% of the total. The main problem with this device, however, is its autonomy as the bitten apple still declares a full day of use. Furthermore, it must be considered that the only real upgrade compared to Series 4 is the Always ON Display which allows you to always keep an eye on complications, the time and the date without rotating your wrist to wake up the screen. All these have been fixed with the newly released KOSPET Prime 4G Smart Watch Phone with more amazing features.

Coupon code: GBKOSPRIME use coupon on Gearbest and get it for $139.99 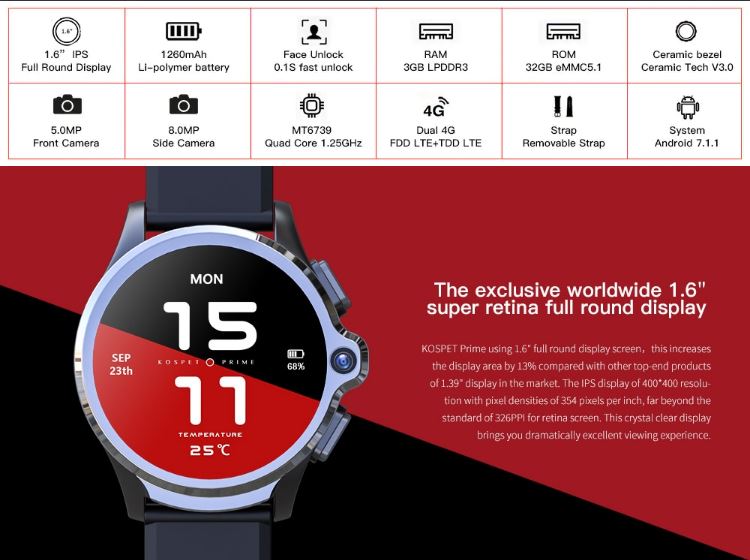 Kospet Prime: up to 3 days of autonomy with a single charge

Users would like to find in a smartwatch features like NFC, wireless charging, long battery life and maybe full Android as the operating system. Kospet, a Chinese company that recently made itself known for its interesting smartwatches, has officially released the KOSPET Prime which is here to solve all the problems in this aspect. 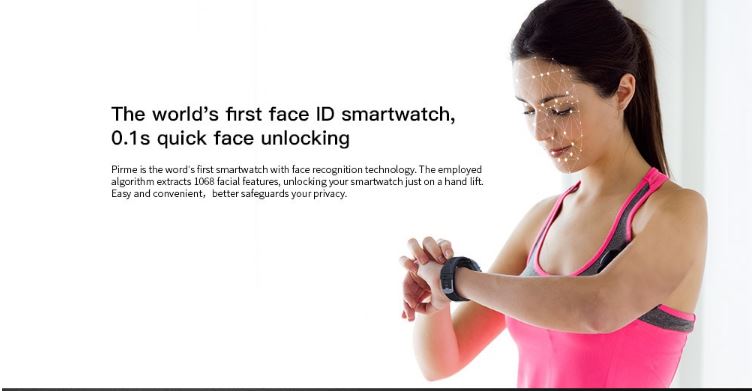 The smartwatch comes with amazing features, one of which includes wireless charging. If this were not enough, the Kospet Prime will be the first smartwatch with the largest battery as its capacity reaches 1260 mAh. The first information shows up to 3 days of autonomy with daily use or up to 7 days in stand-by. Also, present two 5 + 8 megapixel cameras that will allow you to take pictures and make video calls without the need for a smartphone. The 5 mega pixel camera is placed at the front of the smartwatch, while the 8mega pixel is placed at the back to ensure amazing nice camera user experience. In addition, one of the sensors will allow unlocking through facial recognition. 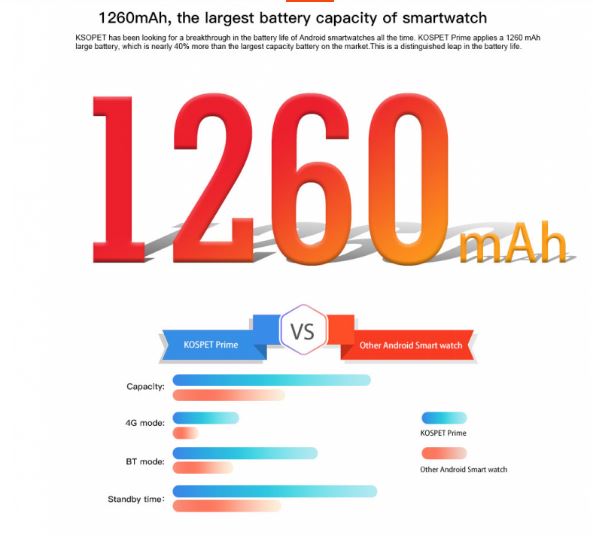 The KOSPET Prime 4G Smart Watch Phone features a large 1.6-inch IPS full round display with a clear resolution of 400×400 pixels in 285 PPI and IPS-matrix, which would display any picture accurately. The watch is furnished with two cameras of 5 + 8 megapixels which can comfortably shoot photos and videos. Added to this are 3 GB of RAM and 32 GB of storage space, but also a running Android 7.1.1  (all languages ??are supported including French) that will add mobile applications directly from the Google Play Store. 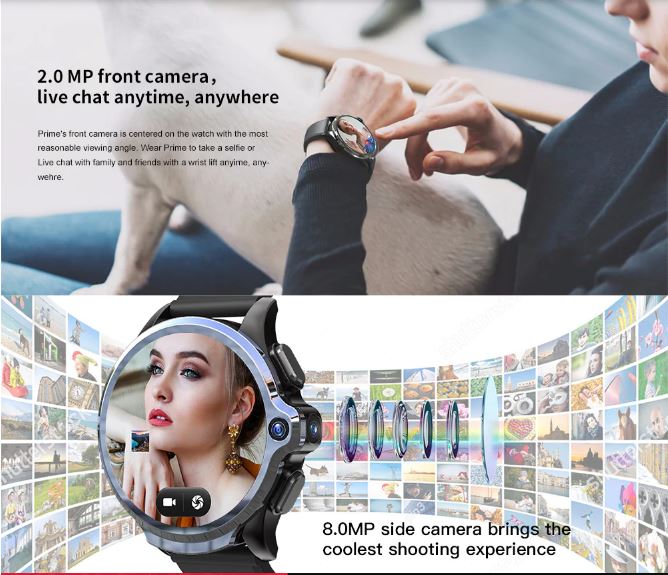 The Kospet Prime has all the attributes of a sports watch and will be able to follow the daily activity as well as the sporting sessions (9 sports modes proposed) and to play music.

Where To Buy The KOSPET Prime 4G Smart Watch Phone

The KOSPET Prime 4G Smart Watch Phone is currently avaialbe on Gearbest for $139.99 and on Banggood for $199.99. This is a very good price so dont miss out on this great deal.

Coupon code: GBKOSPRIME use coupon on Gearbest and get it for $139.99

Kospet Prime vs Kospet Optimus Pro: Which is a Perfect Smartwatch?