In this opportunity, XiaomiToday brings you a summary of the interview with the Head of Western Europe at Xiaomi Technology. Owen (Wen Ou) is a 34-year-old executive that answered many questions about Xiaomi’s plans for the European market. Do you want to know more? Keep reading!

Summary of the interview with the Head of Western Europe at Xiaomi Technology: Presence in Spain

It is known that the first European country where Xiaomi arrived was Spain.  Owen said that the decision was good because there are many Mi Fans. He remembered that Xiaomi is the third brand of Smartphones most sold in Spain. Also, Owen explained the reason for the price difference between China and the European Country (transportation costs, taxes, etc.) In addition, he reveals his intention to teach users the benefits of buying in official stores and the goal of opening more Mi Stores in Spain. He said Xiaomi wants to launch more types of products according to demands of users, for example, TVs.

Summary of the interview with the Head of Western Europe at Xiaomi Technology: Xiaomi’s Strategies

In another section of the interview with the Head of Western Europe at Xiaomi Technology, they talked about the strategies of the corporation to conquer the global market. Wen Ou reports that the company focuses on a “triathlon”: hardware, internet services, and loT products (internet of things). In the future, Xiaomi will get the most benefits with internet services. On the other hand, the executive said that the company has no intentions to rise to the prices of Smartphones. Although more and more people prefer mid-range smartphones. Also, Owen explains that competitors don’t exist, but friends. In consequence, It is necessary to learn from companies with a high market share that offer internet services.

Regarding the low-profit-margin obtained by Xiaomi when marketing through suppliers such as Movistar, the employee of the Chinese company expresses that there is no problem in this; since there is enough demand and the corporate alliance only brings benefits. Also, some questions were asked about the popular Poco Smartphone brand; Owen revealed that Xiaomi is planning to launch the second generation of Poco Smartphones. Finally, it was announced that the priority of the market in Spain is Smartphones, before drones or laptops and, secondly, Mi TVs.

Summary of the interview to Head of Western Europe at Xiaomi Technology: Artificial Intelligence

The last topic addressed was related to Artificial Intelligence. In the words of Owen himself: “End users need artificial intelligence right now, so every time we put more into our software.” Owen stressed that the purpose of Xiaomi is not to compete but to learn from the experiences of the users. In the same way, he talked about the importance of feedback in the development of new AI applications. Also, he communicated that Xiaomi is not afraid that companies like Alexa or Google “conquer” the European market with voice assistants before the Asian company. According to him, the market is very big and there are many opportunities for all the companies.

The interview with the Head of Western Europe at Xiaomi Technology shows the good communication between Xiaomi and its users. Spain is a very important country for the company and is the starting point for the expansion of Xiaomi in Europe. Also, Smartphones will continue to be Xiaomi’s strong point for a long time. Although we already know that the company has important plans with respect to internet services. We hope that the company of Lei Jun continues to surprise us in terms of software development and AI so that it can achieve an important position in Europe. 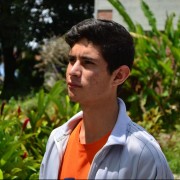 A special edition of the Xiaomi Bluetooth Karaoke Headset is the surprise of the company!

Mi Explorers: Get the chance to Travel for the Next Xiaomi event in Spain