Huawei has entered the laptop market not long ago. But every product it launches has a certain goal. Therefore, customers with any requirement and need could find a notebook in its MateBook series. Until this, there have been only three models of the Huawei MateBook X Pro, X, D, and E. Just recently, the company also launched the Huawei MateBook 13, which is currently offered at $799.99 after applying the coupon (code: GBNBHWMB13).

The Huawei MateBook 13 features a full-screen design with a screen resolution of 2160×1440 pixels and an sRGB color gamut of up to 100%. The left and right borders are only 4.4mm, and the screen ratio is 88%. At the same time, the design of the narrow bezel improves the visual effect while keeping the size of the body unchanged. In addition, the 3:2 aspect ratio is used. In common office software, this ratio allows the office content to be maximized. This notebook has an eye protection technology to alleviate visual fatigue by filtering some harmful blue light. The latter is provided with technical guidance by the National Eye Diagnostic and Therapeutic Engineering Technology Research Center.

As the name suggests, it sports a 13-inch IPS glossy screen, a color gamut coverage of 70.8% NTSC, a 178-degree wide-angle view, a contrast of 1000:1, a typical brightness of 300nits (minimum 240nit), etc. Unfortunately, it does not support touch control.

At the same time, the Huawei MateBook 13 uses a metal body design, the body is as thin as 14.9mm, while the weight is about 1.28kg. The surface is treated with anodized color plating process, and the aviation-grade aluminum alloy CNC drilling and cutting. There are three colors of silver, deep gray ash, and pink gold.

Under the hood, the Huawei MateBook 13 carries the Intel’s latest eight-generation low-power processors (Whiskey Lake) of the Core i7-8565U or the Core i5-8265. Both chips have quad-core eight threads, the main frequency of 1.8-4.1GHz and 1.6-3.7GHz, respectively, and the power consumption is 15W. The SoC is paired with an NVIDIA MX 150 discrete graphics, 2GB GDDR5 independent graphics memory, LPDDR3 memory, and NVMe solid state drive.

Unlike the aggressive fanless cooling of the MateBook X Pro, the Huawei MateBook 13 features a dual-fan dual-heat pipe cooling module, officially known as the Shark Fin Fan 2.0, which can run at 8,000rpm. It has a 25% increase in air volume compared to conventional fans. In addition, dual fan linkage can effectively reduce noise.

The Huawei MateBook 13 is packed with a 41.838Whr (3670mAh/11.4V) battery. It provides up to 10 hours of life, and it can be used for 2.5 hours after charging for 15 minutes. This laptop has only two USB-Cs, with data transfer and charging on the left side, data transfer and DisplayPort output on the right side, and a 3.5mm headphone jack.

Also Read: New Notebook Features that You are Looking Forward to in 2019

The rest of the noteworthy features include a full-size keyboard, a power button with an integrated fingerprint recognition module, a dual-band 802.11ac Wi-Fi and Bluetooth 5.0 support, a 1MP camera, two speakers, two microphones, and a Dolby Atmos sound support.

One of the biggest selling points is to support the latest Huawei Share3.0 technology. On the right side of the B-side, there is an NFC recognition area. With the NFC-enabled Huawei smartphone, it can provide a fast file transfer of up to 30MB/s. It’s done with a single touch. According to the official introduction, 1000 photos transfer takes only 2 minutes.

ALBOHES Z5 Review: Overview of the robot for washing windows 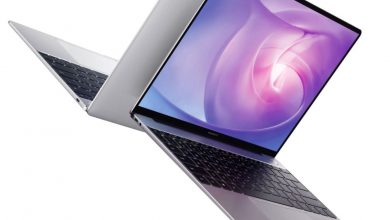 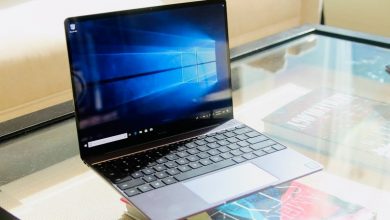