Currently, Huawei is not only leading the Chinese smartphone market but also ranks third globally. This simply means it knows how to design good smartphones. We should also take into consideration the fact that this manufacturer uses its own SoCs. In this sense, the launch of the Kirin 980 flagship chip was marked with the release of the Huawei Mate 20 series models. The most modest of them is the original model, which is currently offered at $799.99 after applying the coupon (code: YTGCKDLH). Actually, this is an amazing offer when taking into account what features it comes with. In contrast, the Mate 20 Pro costs way more.

The Huawei Mate 20 sports a high-definition 6.53-inch LCD drop screen with a 2244×1080 resolution, 381PPI pixel density, and an 88.07% screen ratio. What’s interesting, the chin has become way narrower getting very close to the upper border. In the previous generation, there was a space to put down the text logo of ‘HUAWEI’.

The phone comes with the glass body design, at the same time using the metal middle frame. Due to the gradient color effect, different colors will appear under different angles of light. It is worth noting that the camera arrangement on the back of the fuselage has peaked in traditional cognition. This very conspicuous three-camera + flash module from the legendary sports car Porsche 919 Hybrid’s headlights has its own style and taste.

Under the hood, the Huawei Mate 20 is powered by the Kirin 980, which is Huawei’s first 7nm self-developed mobile chip. It integrates up to 6.9 billion transistors and has a stronger performance breakthrough on the basis of lower power consumption. In terms of memory, the Kirin 980 supports four 16-bit channels of LPDDR4X, and the frequency is increased to 2133MHz, which is the highest at present, with a bandwidth of 34.1GB/s.

In terms of AI, the Kirin 980 comes with a dual-core NPU unit, which is more powerful than previous generations, and supports AI scenes such as face recognition, object recognition, object detection, image segmentation, and intelligent translation, and has a deeper network with higher precision.

One of the selling points of this phone is the 16MP super-wide angle + 12MP wide angle (main camera) + 8MP telephoto triple-camera. The front-facing 24MP single lens also supports the brilliant light effect, correctly identifying the outline of the persons we take photos of.

There is also a 4000mAh large-capacity battery, supporting 22.5W super-fast charging. According to PhoneArena, this is the best phone in terms of battery life, providing up to 14 hours and 26 minutes of a lifetime. 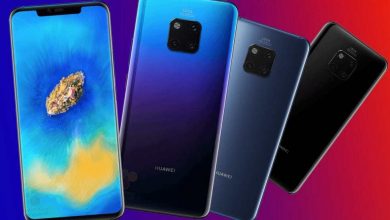