Huawei Honor Watch Review: Could this be the best?

Huawei had released a smartwatch called the Huawei GT towards the end of last year. After that, they released their own smartwatch called the Huawei Honor Watch Magic at the end of the same month. While the Watch Magic came at a cheaper price than the GT but still retaining most of the features that we saw on the Huawei GT. Smartwatches aren’t really a very new thing anymore. With the need for maintaining good health and a smart assistant to keep track of your daily routine, smartwatches have faced a huge demand in the market. While some of the best smartwatches are way too expensive, Huawei played it smart and brought us the all new Honor Watch. This is exactly the device we’re gonna look in today’s Huawei Honor Watch Magic Review.

2019 will be a great year for smartwatches. In-fact they might replace fitness bands with better battery & performance.

The most frequently asked question is whether there’s actually any difference between the two watches and is the price difference hiding any feature the latest version has axed to cut costs. Thus we decided to give you the Huawei Honor Watch Magic Review to clear such doubts and to shed light on the new product.

Not straying away from the basic watch structure, the Huawei Honor Watch Magic Smartwatch adopts a circular design for the face. To make such a basic design spectacular, the Watch Magic has an exceptional display on the 1.2-inch screen. The dial is an AMOLED screen with a resolution of 390×390. There are 326 pixels per inch, which make it stand on the same retinal display qualities of the iPhone XR. Such a phenomenal display on the Watch Magic make it a wonder to behold even with such a basic circular design on the dial.

Compared to the Huawei GT’s 1.39-inch display, the Watch Magic has a bit smaller display of 1.2-inches. The thinner strap of the Watch Magic makes it fit more comfortable under the sleeves of a shirt than the Huawei GT. On a regular usage I didn’t have any major issues with viewing the display. Even under sunlight it was perfectly fine.

The Watch Magic is made to make people be ready to drop traditional watches and move to their product. The adjustments done on the well-known designs of traditional watches make users not feel different. Such a design is likely to get more customers. It is also adaptable in all situations ranging from casual to business situations and even more.

One major issue I had in terms of design is the quality of the straps. It kind of feels extremely weak and probably wouldn’t resist harsh usage. Although the metal rim running around the display is pretty well constructed. The strap is too rubbery and doesn’t really give a good feel while strapping it around your hand. Talking about comfort I didn’t have any issues. The device is super-light, in-fact you will barely notice it strapped around your hand.

One more wonderful feature of the Watch Magic is the 5 ATM water resistance given to the device allowing users to go for a dip without any worries.

The Huawei Honor Watch Magic Smartwatch delivers a performance that doesn’t fail to impress. It has an enhanced tracking system which is enabled by the usage of a three-satellite positioning system. This is something not seen often in this era of smart devices. Such a system makes sure connectivity isn’t lost when running around at their own pace. The smartwatch has a dedicated button on the right bottom which will lead you to the 9 sports modes. Such an all-rounded tracking developed with professionals is omnipresent in all kinds of different activities like climbing mountains and swimming.

The sports mode when used for running, shows the heartbeat and also warns when the metabolism or heart rate is higher than normal for people of similar lifestyle and physical attributes. This mode can easily be toggled on and off by using the dedicated right bottom button while going out.

Apart from tracking such statistics and giving reports, one more amazing feature of the Watch Magic is the sleep tracking program. It has the ability to track the amount of sleep the user gets and deconstruct to find how much of it was a deep sleep. Based on this information, it then advises you to make the required changes to your sleep patterns.

The Huawei Honor Watch Magic is a lovely companion on the wrist. Acting as the perfect health monitor, it gives an assurance of being cared for, at least by a smartwatch. The user interface is beautiful and offers a fluid experience. On connecting with your device, you tend to get notification and information cards for calls, text, skype and all the supported apps by full-overlay pop-up. You can flick through the available cards, and also in-order to dismiss these pop you can swipe from left to right.

Adapting a smart framework that consumes power based on the activity of the user, the Watch Magic makes its battery life last for 5-6 Days. In-order to test the device I applied some intense usage on the device, with 24×7 Connection, highest brightness, with continuous heart rate monitor: toggled ON & some sports sessions almost everyday, but still I was able to get over 4 days of battery life.

A dual-core is built into the watch. If you are using the watch, the high-energy core is put into action. Similarly, when the device is on standby, the high energy core is silenced. This dual-core processing makes the Watch Magic last much longer than usual smartwatches. I’m pretty impressed by the algorithm running under the hood.

The Huawei Honor Watch is the second Huawei smart-wear that I own. The major reason why I would recommend anybody a honor smartwear over the xiaomi devices is just because of the Huawei Health App and the convenience it offers. The company doesn’t really take your health for granted. They showed their care on building the algorithm that analyzes your health using their smart-wear with accuracy.

In-spite of their affordable price, they offer near perfect data when compared to the much expensive ones like the apple watch. The Huawei App has an amazing user interface which provides a convenient tracking function and receives data from external devices, further displays them in a well addressable and understandable manner.

The Huawei Honor Watch Magic Smartwatch is more like the hybrid son of a traditional-looking watch and a gadgety smartwatch. Which kind of falls into my taste, not too gadgety and can go well with almost any occasion & dressing style. Unlike my Moto 360 I don’t have to deal with charging it every day. The impressive design & pretty decent battery life gave me hope that I can stick to a smartwatch finally as an everyday use. Currently you can purchase the Honor Watch Magic on Gearbest for just $149.99.

So that’s it for our Huawei Honor Watch Magic Review. Could the Honor Watch could be the smartwatch you’ve been waiting for? Do share your thoughts & views with us know on the comments section below! 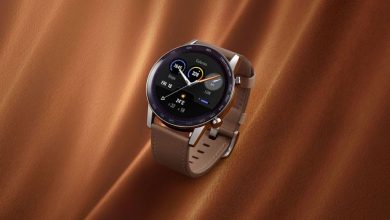 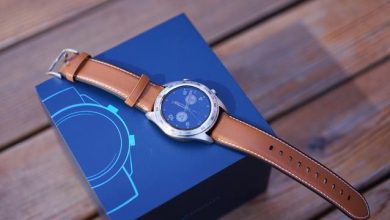