Huawei Honor Magic 2 smartphone was launched in October 2018. The phone comes with a 6.39-inch touchscreen display with a resolution of 1080 pixels by 2340 pixels at a PPI of 403 pixels per inch.

It has a sliding screen that adopts five tracks to offer sturdiness over time along with an unmatched sliding experience. Under the hood, the Honor Magic 2 packs the company’s own Kirin 980 CPU ARM Cortex A76 Octa-core processor and adopts an equally competent Mali-G76 MP10 GPU. And it comes with 6GB of RAM. The phone packs 128GB of internal storage that cannot be expanded.

Following in the footsteps of other high-end smartphones launched under the caring wing of Huawei, the Honor Magic 2 is also loaded with awe-inspiring features and top-end specs. It grabs your attention with a mammoth 6.39 inch full HD AMOLED display bearing a screen resolution of 1080 x 2340 pixels and a cinema-like screen ratio of 19.5:9. It measures 157.32 x 75.13 x 8.30 (height x width x thickness) and weighs 206.00 grams.

The Honor Magic 2 is a Dual-SIM (GSM and GSM) smartphone that accepts Nano-SIM and Nano-SIM. Connectivity options include Wi-Fi, GPS, Bluetooth, NFC, USB OTG, USB Type-C, Active 4G on both SIM cards, 3G and 4G (with support for Band 40 used by some LTE networks.

Moreover, it runs Magic UI 2.0-based Android 9.0 Pie OS and is backed by a 3500mAh battery that supports 40W fast charge, which the company has dubbed Magic Charge.

Huawei Honor Magic 2 CN Version is now available on Gearbest for just at $699.99 On Flash Sale.

Honor Magic 2 With Six Cameras and Sliding Structure at $689.99 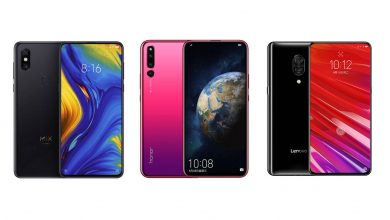