Months ago, Huawei unveiled a 40W power bank with a massive 12000mAh battery under its hood. There are occasions where a power bank becomes useful while traveling, camping and several other instances. Often times, there are always limitations to the type of gadgets you can fire up using a Power bank but that is gradually changing. The Huawei 12000 40W SuperCharge power bank cannot only charge smartphones, smartwatches, cameras, tablets but also your laptop! The device is said to be the first Power bank that gets the safety certification of Germany’s TUV Rheinland. 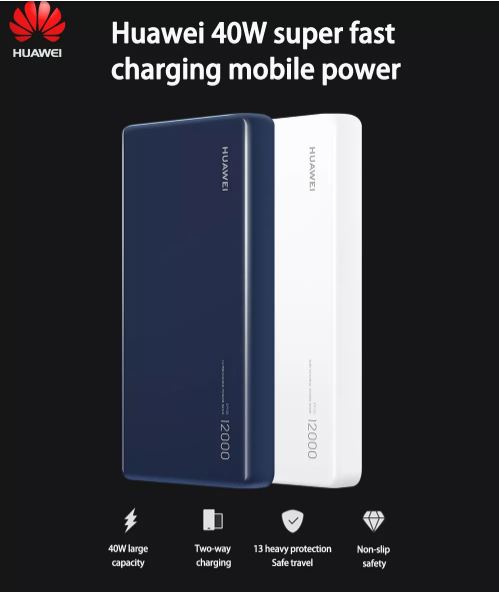 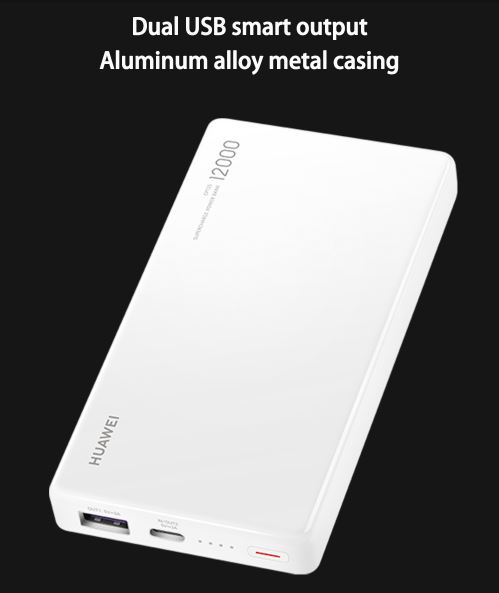 The 40W power bank delivers super-fast charging to supported gadgets. Huawei says the power bank can charge the new P30 Pro up to 70%vin just 30 minutes when a 10W charger can deliver just 26% to the device in the same period. Even the 22.5W SuperCharge power bank that Huawei has can deliver 55% charge in 30 minutes.  The Huawei 12000 SuperCharge power bank comes with a bi-directional 40W charge and recharges capabilities. This means that while it can deliver 40W output to supported devices, it also has a super-fast 40W input speed. Thus, it can become fully charged in just 2 hours 14 minutes as against 5 hours 25 minutes which a 10W 12000 power bank takes to charge from zero to full charge. 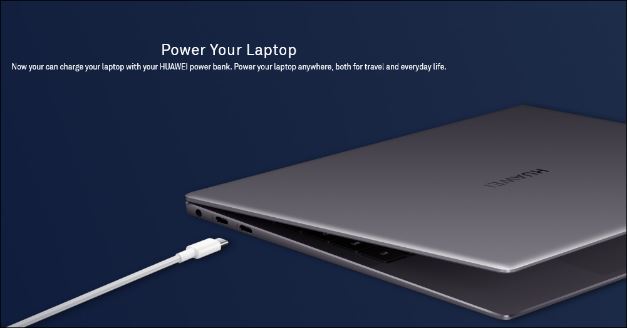 Furthermore, the power bank is crammed with a mammoth 12000mAh Lithium-Cobalt oxide battery which is similar to the one used on the premium Huawei P20 Pro. Despite the big battery, the powerbank weighs just 227g. The weight won’t pose a problem if you are on the go. The powerbank supports both Type-A and Type-C outputs. So, it can charge laptops that use USB-C charging ports. The power bank is currently available on Banggood for just $69.99 and this price is limited to just 8 pieces.