The most awaited Amazfit GTS is finally here. So in today’s article lets compare the Huami Amazfit GTS vs GTR and help you make the right purchase decision. Apart from showing time to tracking your fitness, smartwatches have evolved to a very modern and sophisticated design making it look perfect on your wrist. The touchscreen interface gives you a lot of options from fitness tracking to monitoring your sleep pattern.

While a lot of us don’t love working out, a few of us make it a habit. Fitness applications are a great way to keep you motivated and not give up. There are many fitness applications out there, but accurate data is important. This is the reason why a lot of fitness enthusiasts prefer to have a smartwatch. It monitors a lot of activities such as running, walking, etc. and accurately calculates the calories you consume and burn.

Huami owns the brand Amazfit, and it provides wearable technology for Xiaomi. Xiaomi is a very famous brand known for its well-established products. The two latest models are Huami Amazfit GTS and Amazfit GTR. In today’s topic, we’ll compare two great smartwatches Amazfit GTS vs Amazfit GTR. The comparison of Amazfit GTS vs. GTR will help you determine the best one suitable for you.

Which Amazfit has a better display?

The Huami Amazfit GTS definetly has the best display under $150 category!

Amazfit GTS vs GTR: Which looks stylish on your wrist?

The design is a significant aspect we have to consider when it comes to Amazfit GTS vs. GTR. Amazfit GTS has a rectangular aluminum alloy body with the straps available in 6 different colors. It is lightweight weighing just about 24.8 g without the strap. With a thickness of 9.4 mm, it achieves the ultra-thin design. It has a compact body with a dimension of 43.25 x 36.25mm. It has a single physical button on the right side of the smartwatch.

Amazfit GTR has a circular body with a power and a function button at the side of the display. It has two editions that vary in size with each version having unique features. The 47 mm Standard Edition comes with three different bodies: stainless steel, aluminum alloy, and titanium with each weighing differently. The first two have a brown leather strap while the other one has a grey strap. The microcrystalline zirconium ceramics bezel gives the Amazfit GTR an elegant look. On the other hand, the 42 mm standard edition comes in 5 different colors with an aluminum body weighing 25.5g. When it comes to the design between Amazfit GTS vs. GTR, Amazfit GTR is the best option with a very modern design.

Let us compare the features of Amazfit GTS vs Amazfit GTR. Amazfit GTS and GTR have all the essential tracking functions that you require in a smartwatch. They have 12 sports modes including outdoor running, trail running, walking, pool swimming, open water swimming, climbing, elliptical training, treadmill, skiing, exercise, indoor and outdoor cycling. The PPG Bio-Tracking optical sensor provides a 24-hour high-precision heart rate monitoring. A vibration alert appears if the heart rate is out of the normal heart range, which is a handy feature. It also lets you view the fat-burning range and counts your steps for the day, making exercising more effective.

Amazfit GTS and GTR also monitor your sleep patterns and allow you to control music in your mobile remotely. The GPS+GLONASS receiver is a useful feature for those who love outdoor sports, providing you with an accurate route track. They both come with a 6-axis acceleration, 3-axis geomagnetic, air pressure, capacity, and ambient light sensor. The 5ATM rating makes them waterproof to a depth of 50 meters allowing activities such as swimming and snorkeling. Bluetooth V.5 makes pairing easy with long-range and fast speed. The Amazfit GTS supports customization of dial information which is not available in GTR. When it comes to the features of Amazfit GTS vs Amazfit GTR, they both provide you with the same options. The Amazfit GTS, however, has an additional feature.

Having a great battery life is very important with smartwatches, especially when you’re using it for outdoor fitness activities. It is also vital when you’re always traveling and don’t have the time to charge it. The battery life could be a massive deal-breaker between Amazfit GTS vs Amazfit GTR.

Amazfit GTS comes packed with a 220mAH battery. The battery allows 46 days in basic mode and 14 days of regular usage. In continuous GPS mode, you get up to 25 hours. The Amazfit GTR 47 mm edition comes with a higher power battery of 410mAh. In basic watch mode, you get an extraordinary battery life that lasts for 74 days. It lasts up to 24 days with typical usage, and continuous use of GPS allows 40 hours. The magnetic charging base takes approximately 2 hours for the smartwatch to charge it completely. The battery life is better in Amazfit GTR between Amazfit GTS vs Amazfit GTR.

Also Read, Huami Amazfit GTR vs Verge 2: Which smartwatch should you buy?

Which one should you buy? -Amazfit GTS vs GTR

The winner of the Amazfit GTS vs GTR is Amazfit GTS. It is lightweight, thin, and has a modern and sleek design. It also has a big display with excellent pixel density. The features in both smartwatches are the same with just an additional feature in GTS. However, when it comes to the battery life of Amazfit GTS vs Amazfit GTR, Amazfit GTR provides a better battery life.

The Amazfit GTS is undeniably the best affordable smartwatch of 2019! 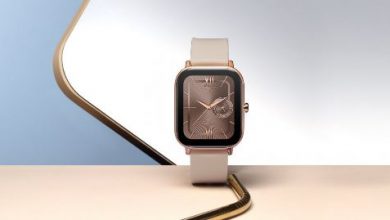