Huami just announced its latest smartwatch, to the Amazfit line-up – “The Amazfit GTR”. You might already be in a dilemma about which one to choose. Whether the last year’s Amazfit Stratos or the all-new Amazfit GTR?

With the evolution of tech, smartwatches have become more versatile and useful. From acting as a virtual assistant that mentors your health to keeping track of your daily routines, smartwatches have found an important role to play in your life. In today’s article, we are going to stack-up two of the best smartwatches by Huami – Amazfit GTR vs Amazfit Stratos. Also, help you make the right choice of selecting an ideal and perfect smartwatch.

Cut to the chase in my perspective, I absolutely loved the design of the Amazfit Stratos. But I’m going to let the ball in your court to choose which looks better on your hands. Although let me tell you some of the design improvements or changes with the Amazfit GTR. This time around you get a slimmer and much lighter smartwatch. It weighs 40gms lesser than the Amazfit 2 Stratos. Once again like the Stratos, even the GTR takes a circular approach for its dial. Further embeds some minimalism by removing the main crown button on the side.

The major issue with Amazfit Stratos is that you don’t get the visuals to appear on the entire screen because of the bottom black bar. Whereas with the Amazfit GTR you get an immersive display that is well utilized by eliminating the black bar. The Amazfit Stratos is comparatively thicker than the Amazfit GTR. But has the adaptability factor of getting well along with any dress that you wear. Unfortunately, this also means some disadvantages. As the weight of this smartwatch might be disturbing and can easily be noticeable during workouts. Although I do like the dialer on the AMAZFIT Stratos. They kind of bring back the elegance of analog watches.

The GTR has followed the footprints of LG Urbane in terms of design. In fact, I would say, a “much-improved version LG Urbane”. The AMAZFIT GTR, kind of fails to blend in with every dressing style. For example, in spite of being a great fitness tracker, it fails to blend in style with casual/sporty outfits. So that’s why I’m going to let the ball in your court. Do let me know which looks better in the comments section below.

The Amazfit Stratos is built with a 2.5D Corning Gorilla Glass, with a reflective color OLED display. The screen is claimed to be visible even under harsh sunlight conditions or bright lights. The screen is also aptly responsive to touch, making for a comfortable experience. The bezel around the screen is built of ceramic, giving it a look that borders on both casual and professional.

The Huami Amazfit GTR, however, smashes the Amazfit in this court. It features a 1.39 inch HD retina-grade AMOLED display, with a resolution of 454×454. Considering that it is an AMOLED Display, the depth of black is well balanced. Which offers a vivid and colorful display. This also helps in better readability under sunlight. The AMAZFIT GTR also comes with a Corning Gorilla Glass and has an anti-fingerprint coating. This reduces the effect of fingerprints on the surface. The bezels around the screen are still thick, but the watch design does not look too bulky. The touch is responsive and smooth, and overall, the experience with this display is much better than that with the Huami Amazfit Stratos. So in this battle of Amazfit GTR vs Amazfit Stratos, the Huami Amazfit takes the win in terms of display.

Also Read, Huami Amazfit GTR vs Verge 2 – Which is the best?

Although the Amazfit watch line is not the absolute best when it comes to software, they do deliver when it comes to fitness and performance, especially looking at their prices. The Amazfit Stratos comes equipped with Bluetooth 4.2, which the Amazfit GTR sports the newer Bluetooth 5.0, which is known for allowing better connectivity and ranges. Bluetooth support allows both watches to show call and text notifications, as well as social media app notifications.

Both the GTR and the Stratos also provide heart rate monitoring and sleep monitoring through their sensors, as most good fitness watches do. The GTR also sports a pedometer and also provides sedentary reminders. The GTR is packed with a PPG Optical Heart Rate sensor, a 6-axis acceleration sensor, a Geomagnetic sensor, and Air Pressure sensor, an Ambient Light Sensor, and a Capacity sensor, which allow for it to be able to deliver all the necessary data for the fitness freaks.

The device can also detect irregularities in heartbeats and can monitor the heart rate throughout the day. The Amazfit, on the other hand, allows you to track your cardiorespiratory fitness level with its VO2max functionality. Based on your personalized data, you can make use of the three training tools they provide: Training Effect, Recovery Time, and Training Load.

Both watches also provide a wide range of sports modes to choose from, like walking, running, cycling, triathlon, swimming, elliptical trainer, mountaineering, trail running, soccer, tennis, and skiing. They also have built-in GPS + GLONASS; however, the GPS on the Stratos has been found to often be a little off by some users.

Advantage: Huami Amazfit GTR (Because of the Accurate GPS Performance)

The Amazfit GTR has a mind-boggling battery life!

The Amazfit GTR claims to last as long as 24 Days in a single charge. Also further you can attain 74 days of battery life by switching off Bluetooth and all the other monitoring sensors. In fact, that’s more or less what we got while testing the Huami Amazfit GTR. Considering the price tag this is absolutely brilliant in terms of battery performance. Also, a quick note – these results can vary based on the usage.

Now, on the other hand, Hauami claims that you can expect five days of battery life. Also yes we tested and it delivered what they promised. But stacking it up against the AMAZFIT GTR, makes the Stratos look weaker. Even though you don’t get a mindboggling battery life like the GTR, you still can undoubtedly attain a week of usage with the AMAZFIT STRATOS.

So which is the Best Smartwatch for YOU?

The Amazfit GTR has undoubtedly become one of my most favorite smartwatches. If you want an outstanding battery life and an excellent display, then the AMAZFIT GTR stands as a clear winner. The only factor that the Amazfit Stratos stands tall is when it comes to blending in with style. For those who prefer their smartwatches to look more urbane and not too techy, then the Amazfit GTR is the best choice you can make.

The ultimate winner of this Amazfit GTR vs Amazfit Stratos battle is – Huami Amazfit GTR. Currently, you buy the Amazfit GTR on Gearbest for just $149.99 (FLASH SALE). Anyways do share your thoughts & views on the comments section below. 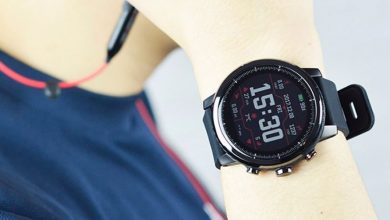 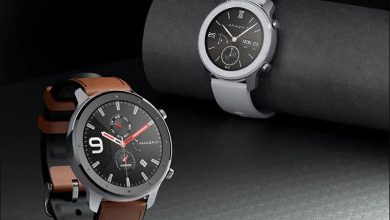