If the appearance of your smartphone is the only thing you care about, then it’s senseless to spend a fortune on a high-end device such as the iPhone X, Xiaomi Mi 8 Explorer Edition, Huawei Honor 10, etc. Another case, if you are tight on budget but want to acquire a smartphone with a trendy look, then it’s better to look toward second-tier China-based smartphone vendors. There will be some offers for meeting your requirements. However, at this moment, the market is full of low-end or mid-range smartphones that sports a mainstream design and are packed with a couple of selling points. So it becomes more and more complicated to choose the right phone. In all those cases, we always recommend trusting the well-known brands. Even if they have been known for other kinds of products, it’s better to believe in them rather than get your hands on a smartphone, the origin of which is unknown. That’s why we decided to choose the Homtom H10 and introduce you its key features. This is a very popular brand, and the H10 is its first notch screen handset.

The biggest selling point of the Homtom H10 is the screen. The borders are not as narrow as that of its competitors, but it is still a full-screen smartphone with an aspect ratio of 18.9:9. The screen comes with a size of 5.86 inches and a relatively low resolution of 1512 x 720 pixels. Though the notch area is large, it doesn’t come with many sensors like the Mi 8 EE. As you know, the latter carries up to 8 sensors, while our protagonist has only three components of the proximity sensor, the front camera, and the earpiece.

The back of the phone has a glossy reflective surface. We assume it’s plastic. But due to the additional manufacturing processes, it looks like a glass. Anyway, it can’t be considered as a selling point because the current trendiest feature for smartphones’ back cover is the gradient effect.

The rest of the design elements are familiar to us. But we have to mention the Homtom H10 has a fingerprint scanner placed on the left side and a USB Type-C interface on the bottom. However, you don’t have to worry about the 3.5mm headphone jack because it is still there.

Oh, under the hood we see the old good MediaTek MT6750T octa-core chip, which has been titled as the best chip for the low-end cheap smartphones. It can be found on tones of entry-level smartphones. And what’s more amazing, wherever this chip went, it proves MediaTek’s low-end SoCs are capable of providing stable performance. It’s senseless to talk about the smoothness of the performance because you will say some lags in the working process. But we should recall what a price range it belongs to.

Surprisingly, the manufacturer put a 4GB of RAM and a 64GB of storage inside. Why surprisingly? Just because even the top brands put 2GB or 3GB of memories inside their low-end phones. So this will take many questions out. There is also a TF card slot that allows you to expand the native storage up to 128GB. But maybe you won’t use this option because no one saves files on physical stores anymore. It’s more convenient to store them in the clouds.

Apart from this, there is a 3500mAh capacity battery. Seems it has a standard capacity. But when we take into account the facts the Homtom H10 runs on Android 8.1 which provides an improved power consumption and the screen resolution is relatively low, we understand a daily use is no problem. Probably, this was the main reason why the manufacturer didn’t put a fast charging head into the box. It supports only 5V/2A charging. This simply means the phone will fully charge in 2.5 hours.

Though the Homtom H10 can’t boast of powerful shooting capabilities, what the manufacturer has put on the both and front sides, are quite respectable. Say, on the rear side, it carries a 16MP + 2MP dual-camera, the main sensor of which is supplied by Samsung. As you guess, the second sensor is there only to provide a background blur feature.

As for the front-facing camera, the Homtom H10’s notch part carries an 8MP OmniVision camera, which is capable of taking quite good selfies. But the most important feature of this sensor is that it supports face unlock biometrics. Of course, it’s done at the software level.

Honestly, the Homtom H10 is not a smartphone with serious ambitions. Vice versa, it has been made as a cheap alternative to all those overpriced top branded handsets that bet on the notch screen design. No one can deny the Homtom H10 can be lost in the crowd of bangs screen models. But the manufacturer has used a couple of tricks that may help it to stand out. Say, it is using a side-mounted fingerprint scanner, which has been initially seen on Blue Charm models. Another trick, the phone sports a relatively larger memory. The same category phones of Xiaomi are packed with 2GB or 3GB RAMs. It runs on Android 8.1 Oreo. Of course, we don’t hope it will get an OTA update of Android 9.0.

So we can state the Homtom H10 is a wallet-friendly smartphone coming our way from a well-known second-class player that has proven it is capable of making good handsets. No one is recommending you to get your hands on this mode if you have been thinking on buying the Xiaomi Mi 8. But if you want something cheap and trendy, this is a good offer.

Xiaomi Mi Cable 2 in 1: The indispensable accessory for your smart devices 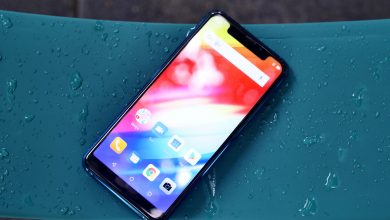