Hawkeye just released a new action camera, called the Hawkeye Firefly 8SEwhich looks pretty impressive for an action cam that can shoot 4K 30fps with a touchscreen at under $110.

The rectangular design of the Hawkeye Firefly 8SE is quite traditional and simple at the same time. The dimensions of 5.80 x 4.10 x 3 cm / 2.28 x 1.61 x 1.18 inch make it extremely handy to carry it in pocket, purse, and hands. There is literally no inconvenience in handling the 80-gram camera that gives you eternal moments in a cost-effective way.

The waterproof camera captivates vivid and more realistic pictures even when there is low or no light at all. Without any environmental impact, you can captivate a completely detained scene with the waterproof casing it has.

The next description is about the two-inch touchscreen that has a resolution of 320 X 240 pixels. The LCD screen comes with a six-axis video stabilization system that would disallow you to lose your viewing angle at any point in time. Hawkeye Firefly 8SE reviewThe display quality is quite bright and the company gives a tempered glass for an excellent clarity.

The camera is based upon umbrella A1 275 processor and an IMX117 CMOS image sensor which helps you to record 4K videos even while you are moving. This Technology gives accurate motion and clear pictures with the best viewing angle. The 90 degrees HD visual angle version creates immersive pictures that are free from any distortion on noise.

The 1200 mAh battery power can give up to 1 hour and 30 minutes of working time using it when it is fully charged. On the other hand, you can expect the Hawkeye Firefly 8SE battery backup to last for 5 hours on standby mode. Roughly, it took 2.30 hours to get fully charged when we inserted the USB cable in the laptop.

You can grab Hawkeye Firefly 8SE On Gearbest For Just $106.99 using a Coupon Code: 3A23DNYR. Click the following button For order now: 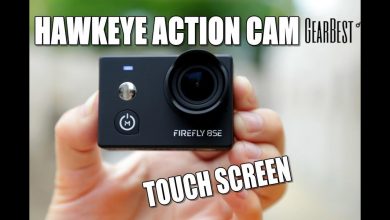 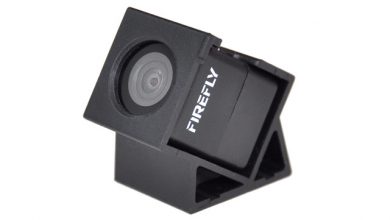