Samsung Galaxy A80 happens to be the first smartphone to launch with a slider mechanism along with a rotating camera. We have already seen these two features before but in different smartphones. What’s unique here is, that Samsung has combined both the features. Samsung Galaxy A80 has spiced up the game by providing a triple and quad-camera setup. The smartphone is released in the month of April 2019. The smartphone is easy to use the phone for your day to day lifestyle. You can easily shoot on the simple camera. You get ample storage space to keep your photos and videos.

It runs One UI based on Android 9.0 Pie and packs 128GB of inbuilt storage. The Samsung Galaxy A80 is a dual-SIM (GSM and GSM) smartphone that accepts Nano-SIM and Nano-SIM cards.

Connectivity options on the Samsung Galaxy A80 include Wi-Fi 802.11 b/g/n, GPS, USB Type-C, 3G, and 4G (with support for Band 40 used by some LTE networks in India) with active 4G on both SIM cards. Sensors on the phone include accelerometer, ambient light sensor, proximity sensor, and fingerprint sensor. The Samsung Galaxy A80 supports face unlock. The Samsung Galaxy A80 measures 165.20 x 76.50 x 9.30mm (height x width x thickness) . It was launched in Angel Gold, Ghost White, and Phantom Black colours. It bears a glass body. 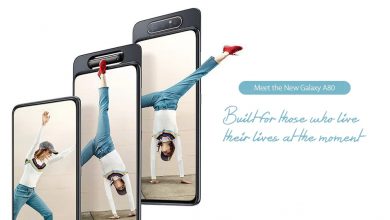