Today we have the latest GPTOYS F51 quadcopter, which is one of the many new drones in GPTOYS’ new drone line-up. If you didn’t know about GPTOYS, it’s a China based company making RC toys like bikes, trucks, helicopters among others. THe GPTOYS F51 comes in Orange and Black colors and it worth around $40. It has a camera and is waterproof too.  Let’s see below if the drone is indeed worth $40 or just waste in the name of plastic.

The GPTOYS F51 quadcopter comes pack in a medium sized black box. The interesting thing about the box is the leather-like finish on the top which makes it looks like it holds something which is worth more than $40. Opening the box, we find the drone, along with its controller, which is surprisingly shaped like an Xbox controller, 4 blades each of black and orange color, 4 blade guard for the blades, 2 landing gear for balancing the drone on ground, a screwdriver, a charger, 2 batteries, which are waterproof and a 4GB card along with a card reader. 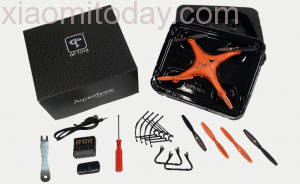 On first look, the drone feels way too small, even smaller than what is depicted in the pictures. The size is almost comparable to the 5-5.5″ phablets we have nowadays. I did not expect it to be this small. Coming to the color, I have the orange color model. The color feels a bit cheap and plasticky, but opinions are sure to differ from person to person. The controller, is shaped like an Xbox controller, so handling it is pretty easy. The blades and landing gear feel okayish, nothing to write home about. The camera is mounted below the main body, just like any other drone and the battery and SD slot in located in the mid body of the quadcopter

Even though it has a small size, the GPTOYS F51 has good motors, which let it to gain some good height. But it feels too light and it feels like it would be blown away if the winds blow too fast. The motors though, thankfully sound normal. The drone has a six-axis gyro which responds well too. Even the wireless connectivity is good and it can respond up to 80 meters, although I would not recommend testing it for distances quite far. Although the rated battery time is 8 minutes, the battery discharged completely in around 5-7 minutes in our test usage, which is okay, nothing spectacular. 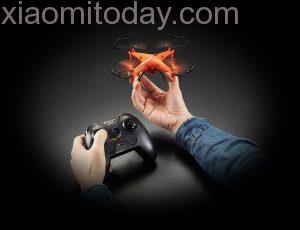 The camera of the quadcopter is said to be an HD camera, with no picture resolution specified. It probably means the camera is less than 2 Megapixels.The pictures taken by the camera came out to be average at best, with sometimes the pictures getting grainy. The dusk photos are almost invisible, but then again, expected in this budget. The given 4GB SD card is a Class 4 one, which gets the job done, but I would recommend a faster card for better and smoother video recordings. I tested the waterproofness of the quadcopter too. The results satisfied me, but I would again like to remind that no electronics are ever waterproof, and your warranty is bound to be void if you put this in contact with water. 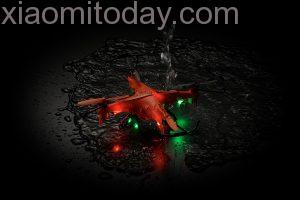 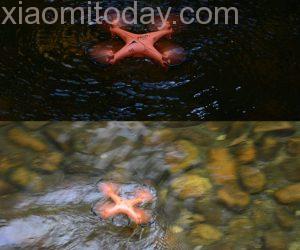 One thing I forgot to mention is the presence of red and green LED lights at the bottom of the drone, which looks pretty awesome when seen in the dark. Also the controller is grippy enough to be held for longer times.

Overall, I would say that the GPTOYS F51 was pretty okay. Though it wasn’t exceptional, it gets the job done and it did not turn out to be another plastic trash. If you get it under $40, it is a good purchase. You can get the GPTOYS F51 at Gearbest now for $35.62 and Banggood for $39.99.

3 Ways to Get Android 6.0 Marshmallow for Redmi Note 3?