This year, the mobile phone market is sluggish, and manufacturers need to come up with more competitive products to attract consumers’ attention. In the first half of the year, a lot of Chinese smartphones were released but only a few were excellent products that could withstand the markets. From the entry machine of less than $300 to the flagship smartphones of over $800, we have selected the top 5 smartphones worth buying for everyone.

Today, with the appearance of smartphones becoming more and more similar, it is not easy to have a high-resolution mobile phone. Umidigi, though a second tire Chinese manufacturer has always been known for its good industrial design. The Umidigi 2 was released in May 2018 and it achieves another breakthrough in design aesthetics, workmanship, structure, power consumption and photography.

The Umidigi Z2 is equipped with a 6.2-inch 19:9 FHD+ super full-display with a resolution of 2246 x 1080 pixels and a 90% screen-to-body ratio. It also features 7000-series aluminum frame and four-sided glass body which enables easy wireless charging. It comes with a dimension of 153.4 x 74.4 x 8.3 mm and weighs only 165 grams. In terms of display and appearance, this device looks so much like the recently released Huawei P20 but it is slightly bigger and lighter.

The Umidigi Z2 is powered by an Helio P23 chipset clocking 2.0GHz coupled with 6GB of RAM and 64GB of internal storage which can be extended up to 256GB. This smartphone feature a microSD card slot for extra storage and both run on stock Android 8.1 Oreo out-of-the-box. The lights of this smartphone are kept on by a 3850 mAh battery and it can be fully charged within 70 minutes via the 18W fast wired charging and within just 100 minutes using the 15W fast wireless charging. In the camera department, the UMIDIGI Z2 features a dual camera on both sides. The main rear camera features a f/2.0 aperture 16MP Samsung sensor. This is assisted by a secondary 8MP shooter which is specially designed for shooting in the dark and is an incredibly powerful combination to take clearer photos in low-light conditions. The rear camera combo can capture impressive bokeh effect shots by effectively blurring the background and focusing more on the subject.

The 16MP/8MP dual selfie Sony camera is also capable of snapping amazing bokeh effect shots through AI. Both phones support face unlock through the front camera.  Besides the face unlock, the Umidigi Z2 sport a fingerprint sensor on the rear. The connectivity features available on the UMIDIGI Z2  include global bands as it supports 7 network modes and 36 global bands, dual-SIM, dual 4G/LTE in both slots simultaneously, and USB Type-C. Also, the Pro version sports an NFC sensor.

Xiaomi Mi 8 SE, which debuted on May 31, launched the new series of Qualcomm, Snapdragon 710. The performance of Snapdragon 710 also gave a conclusion in the detailed review of Xiaomi Mi 8 SE: the price of Xiaomi 8 SE is about $299.99 and together with the new Snapdragon 710 mobile platform, makes it continue in the same level of competing products. It has a “brutal” price/performance ratio in the Xiaomi gene. 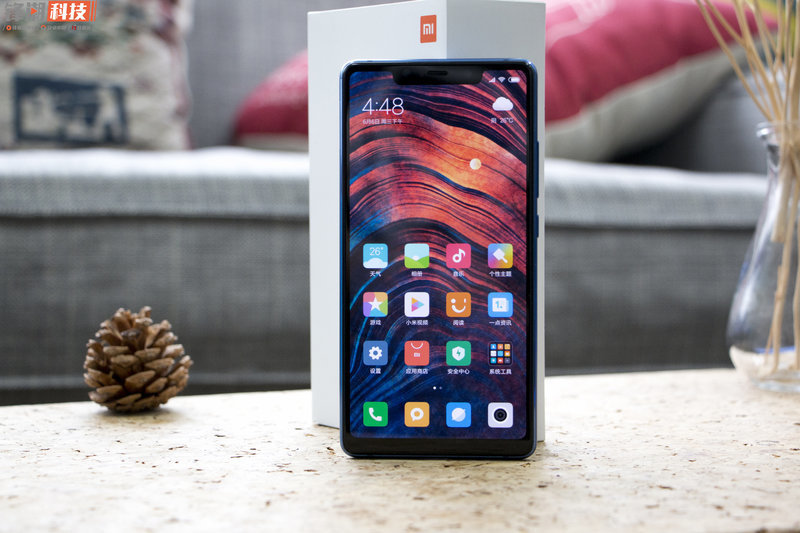 Looking at the back fuselage, the Xiaomi Mi 8 SE undoubtedly used a similar design to other Xiaomi devices this year. It comes with a 12MP+5MP dual rear cameras placed in the upper left corner of the back, the flash is placed in the middle of the cameras and the fingerprint identification module is placed In the upper middle of the back. Finally, we have the “MI” logo at the bottom.

According to official data, the performance of the Snapdragon 710 is 20% higher than that of Snapdragon 660 and the SD710 application opening speed is increased by 15%. In addition, its AI performance is increased by 50%, and the overall power consumption is reduced by 30%. With such perfect performance and balanced power consumption, the Snapdragon 710 is expected to become a new generation of “affordable SoC”. Thus in terms of processor, you can be certain that the Xiaomi Mi 8 SE is well equipped and will certainly meet your everyday needs without overheating or unnecessary power consumption. The combination of hardware and software makes the Xiaomi Mi 8 SE a better device than other smartphones in the same price range.

Just like the company said in its 8th anniversary, Xiaomi Mi 8 has a good performance, appearance, experience, and price. The emergence of Xiaomi Mi 8 has refreshed the price bar of Snapdragon 845 smartphones, and for consumers who are cost-concious, Xiaomi Mi 8 is definitely one of the most important mobile phones in the current mobile phone market. Xiaomi Mi 8 uses a 6.21-inch screen with a 2248 x 1080 screen resolution and an 18.7:9 screen ratio. The display is a Samsung AMOLED screen and it supports DCI-P3 wide color gamut. In terms of screen quality, it maintains the consistent characteristics of the OLED screen, that is, the color saturation is high. On the rear, it uses the traditional four-curved glass design to present a crystal clear body texture. With a contrast color of the 7-series aluminum alloy metal frame, it is closer to the integration in the visual sense, and the hand feel is more comfortable and natural. 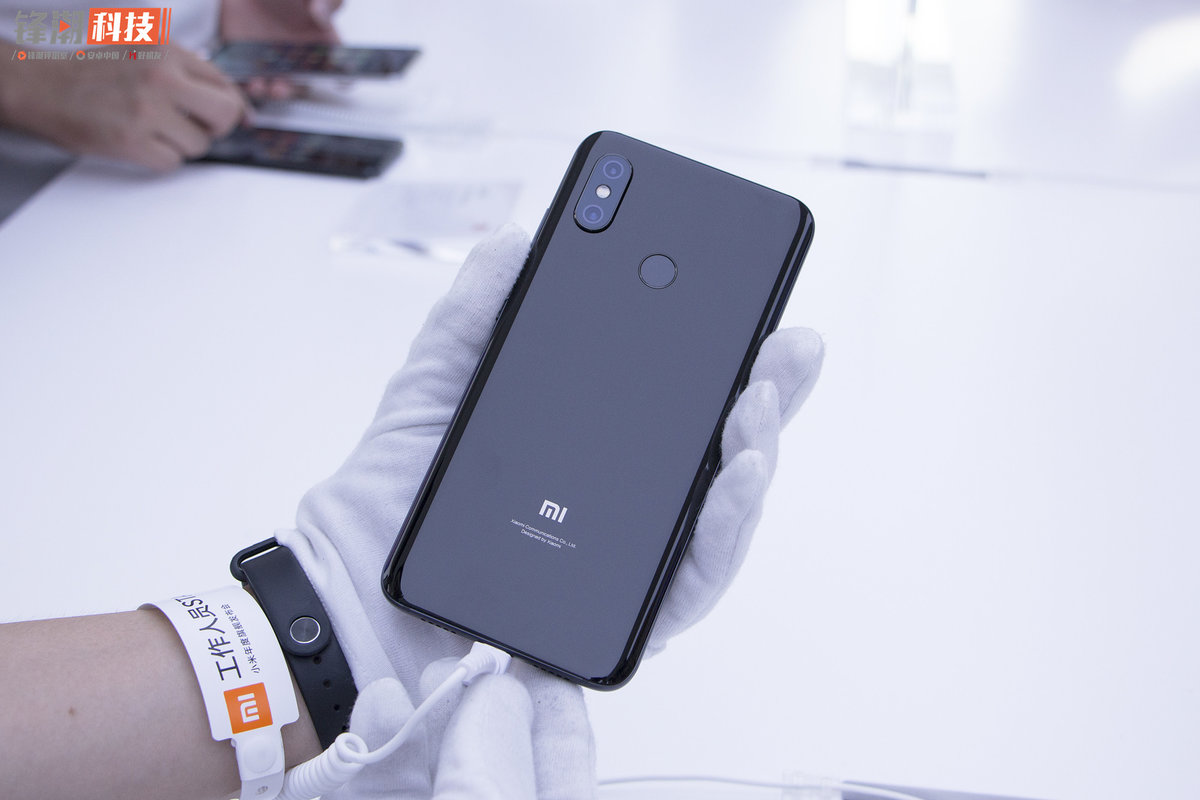 Similar to the front of the phone, Xiaomi Mi 8 also has its own characteristics in the rear. For example, the “droplet arc” design of the four curved surfaces makes light and shadow more vibrant on the 3D corners. With the unique texture of the glass, the back of this smartphone gives a crystal clear feeling like a drop of water. Photographing is a highlight of Xiaomi Mi 8. On the rear, it uses the same lens module as the Xiaomi MIX 2S, which is still a dual 12-megapixel zoom camera and the main camera is a Sony IMX363 sensor. But even with the same imaging hardware, Xiaomi Mi 8 has better post-imaging performance than the MIX 2S. For selfies, Xiaomi Mi 8 is equipped with a 20-megapixel camera and has added a new 3D micro-shaping beauty algorithm. According to the results given by DxO, Xiaomi Mi 8 scored 105 points in the photo section, while Xiaomi MIX 2S scored 101 points. 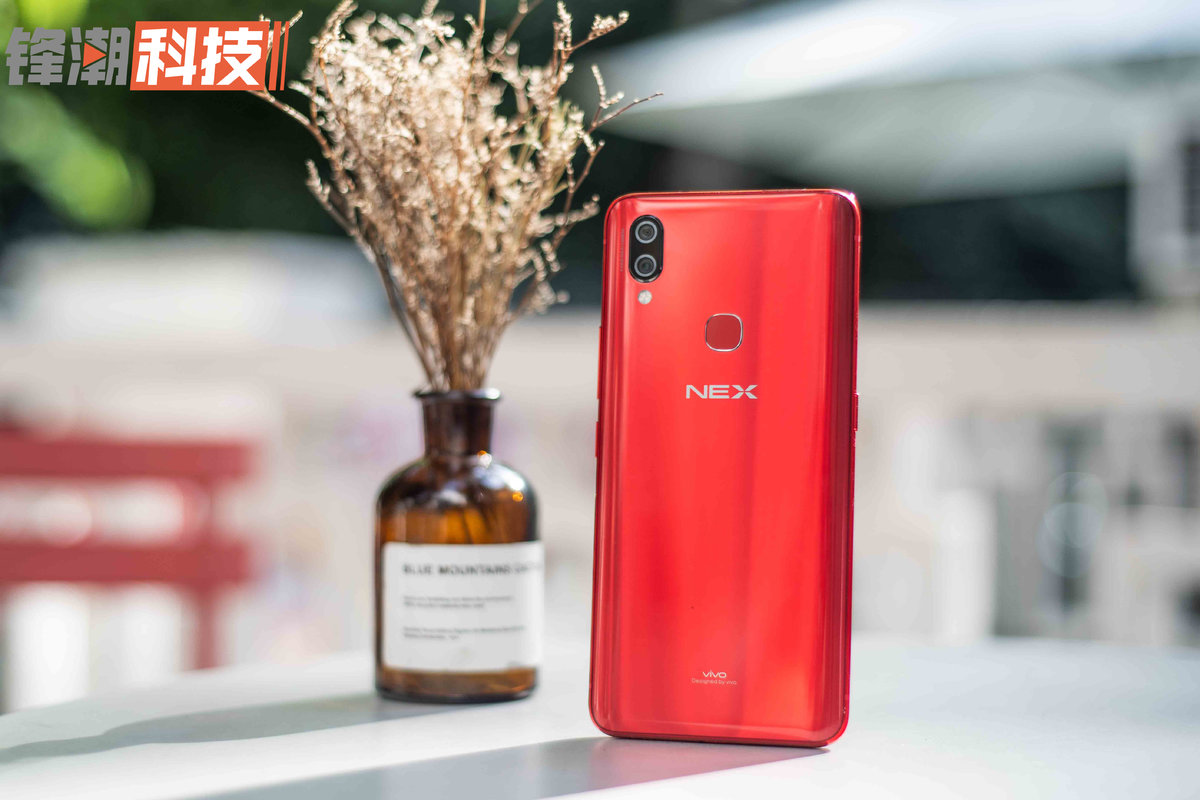 As the flagship of the vivo family, vivo NEX continues the design language of vivoX21: the left vertical camera, the back 3D curved glass and the distribution of buttons. Different from the laser engraving process of the black diamond version, the back of the gemstone red color is made of microcrystalline crystal, and the glass is transparent and gorgeous, just like natural ruby.

There is no doubt that the most recognizable aspect on the vivo NEX is this screen. As the first real “full screen” smartphone on the market, vivo NEX is a blockbuster. This 6.59-inch bezel-less full-screen smartphone has no “bangs” and the screen ratio reaches 91.24%. 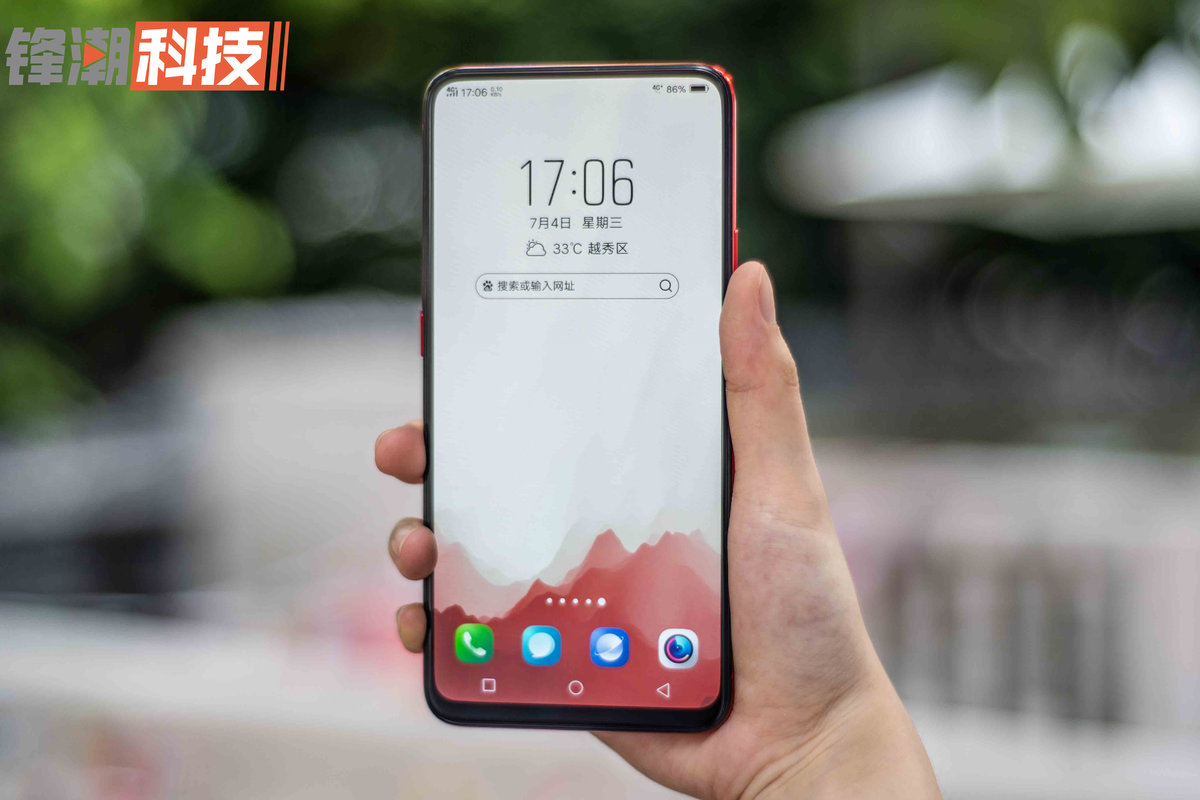 The front camera is designed with a lift and is usually hidden at the top of the fuselage. 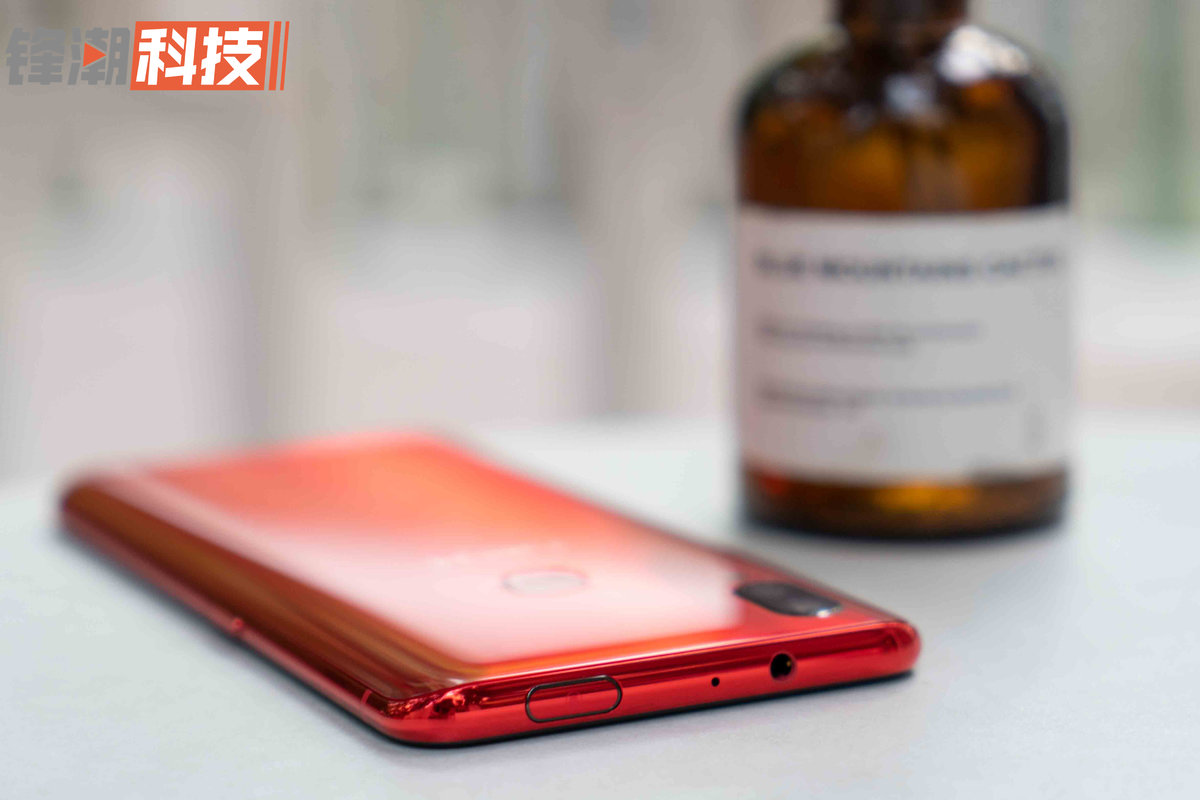 On the right side of the fuselage, we have the volume button and the power button while the left fuselage hosts the Jovi button. Apart from the fingerprint module, there is not much difference between the Standard and flagship editions of the vivo NEX. The processor of this smartphone is supported by 6GB/8GB of RAm and 64GB/128GB of internal memory. We have a 4000 mAh battery to keep the lights of this smartphone on.

Since its release, OPPO Find X has received a lot of attention in the design and innovation structure. This new product which represents the blend of art and technology gives us a strong visual impact because its front is almost entirely screen. OPPO Find X wiped out the “bangs” and compressed the chin to a very narrow width. The curved panoramic screen with a 6.42-inch 19.5:9, 93.8% screen almost filled the user’s entire field of view. The positive and negative non-porous, seamless appearance gives users an unprecedented comprehensive visual experience and beauty. The use of a large number of soft curves makes OPPO Find X a natural beauty; the first multi-radius machining process, 2.5D processing on both sides of the 3D curved screen glass, makes OPPO Find X visually rich and full of feel. The unique “3D Laminated Streaming and Dot” process combines the gradient color with the 3D curvature of the back of the fuselage.

OPPO pioneered the “dual-track pre-existing structure”, which integrates components such as front and rear lens and 3D structured light into this structure. One of its amazing features is the slide-up camera which enables it to achieve a 90% screen-to-body ratio, the highest ever in the smartphone industry. OPPO’s approach involves the use of a dual-rail periscope structure that hides the phone’s 3D structured light sensor and the front/rear camera sensors in the up-sliding periscope that automatically pops up when the camera is launched. According to the company, it takes only 0.6 seconds to launch which is not a long wait to unlock your phone or take a selfie. However, it is very common for a smartphone to slip off the hand while taking a picture. At that point, the pop-up camera is exposed so what is the protection against a fall? OPPO used a special anti-fall design for this smartphone. This means that once you launch the camera and suddenly the phone slips off your hands, the periscope detects the fall and retracts. In addition, both the front and rear glass and metal middle frames of the periscope have plastic buffer layers for more protection. 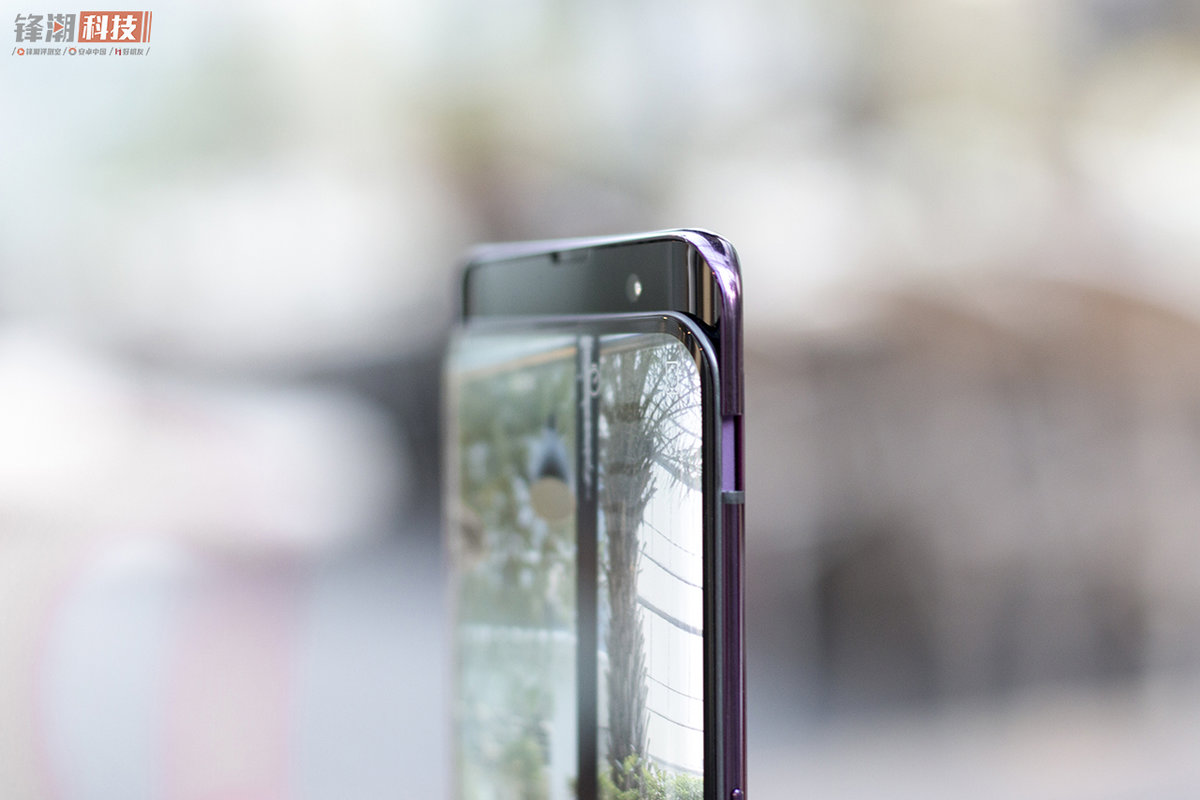 OPPO Find X is powered by a Snapdragon 845 SoC coupled with 8GB of RAM and up to 512GB of internal storage. It has a 16MP+20MP dual rear cameras with a 25MP on the front. All the cameras are AI assisted.