CanJam Global 2019 has come to its fourth stop: London.  FiiO, as one of the privileged exhibitors, launched their new flagship portable player M11 Pro at booth A3.

Inside the M11pro are dual AKM AK4497EQ DACs decoding your music. Compared to its dual AK4493 predecessor in M11, not only has the signal-to-noise ratio (SNR) been increased, but distortion has also been reduced by 3dB for greatly improved sound quality.

Same as M11, the Pro generation is a music player, but also a capable Bluetooth amplifier. M11 pro adopted THX-AAA amplifier chipset. When set to be in the Bluetooth receiver mode, the M11pro transforms into a high-quality Bluetooth amplifier, with significantly better frequency response, as well as lower distortion, noise floor, and crosstalk compared to typical Bluetooth solutions. On top of that, the M11pro can also output any received Bluetooth signals through the coaxial out to an external decoder. With the M11pro, you can enjoy truly divine sound over the wireless convenience of Bluetooth.

M11 pro increase ROM from 32GB to 64GB. The copious 3GB of RAM ensures smooth multitasking, while the 64GB of storage plus two micro-SD card slots (each supporting up to 2TB card) means you can store thousands of lossless music without having to delete songs to free up space.

M11pro continue the Quick Charge 2.0 and MediaTek Pump Express quick charging support, allowing it to only take 3.5 hours to fully charge its large battery.   It increases 3800 mAh high-voltage battery of M11 to considerable 4370mAh,  We are sure it will be at least 15% more than 13 hours continuously playback and 50 days deep sleep standby. Comparing with M11, 1hour charging time more because of increased battery capacity. 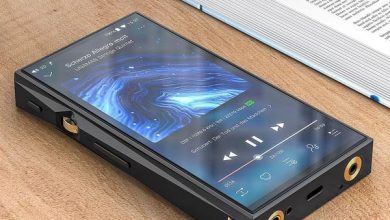 Fiio M11 Pro Audio Player – All you need to know