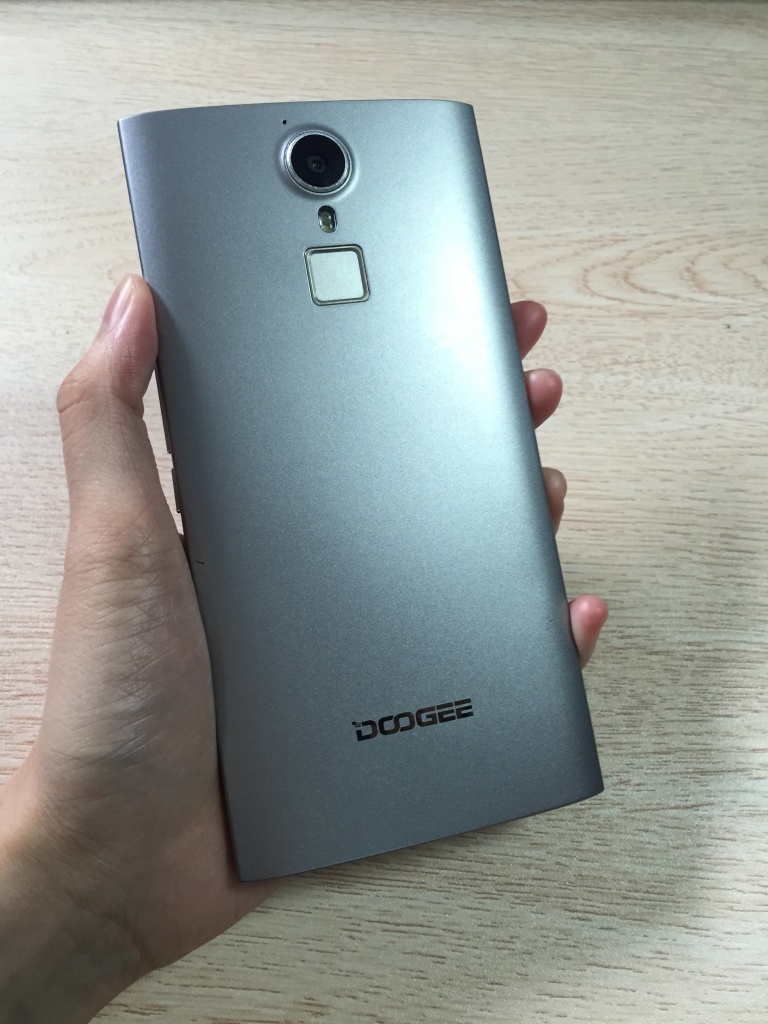 Not everyone can or wants to pay 600-700$ for a flagship smartphone. That’s why phones like DOOGEE F5 exist. With a great display, powerful CPU & unique fingerprint scanner, is it ready to take the sub-200$ category phones by storm? Find out in our review. 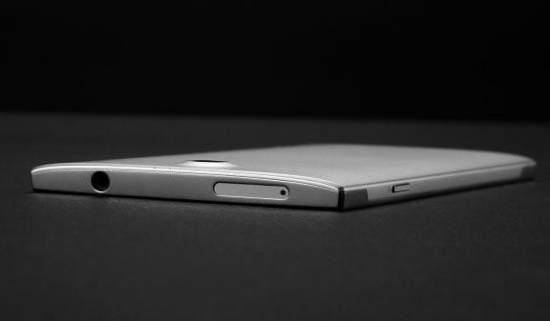 Design of the DOOGEE F5 might not out of the ordinary, but it is still a beauty in our eyes. The 5.5 inch screen size of the handset is just a marvel to look at since it gives off a 1080p resolution. Anything more than that, and it will drain the battery life excessively. 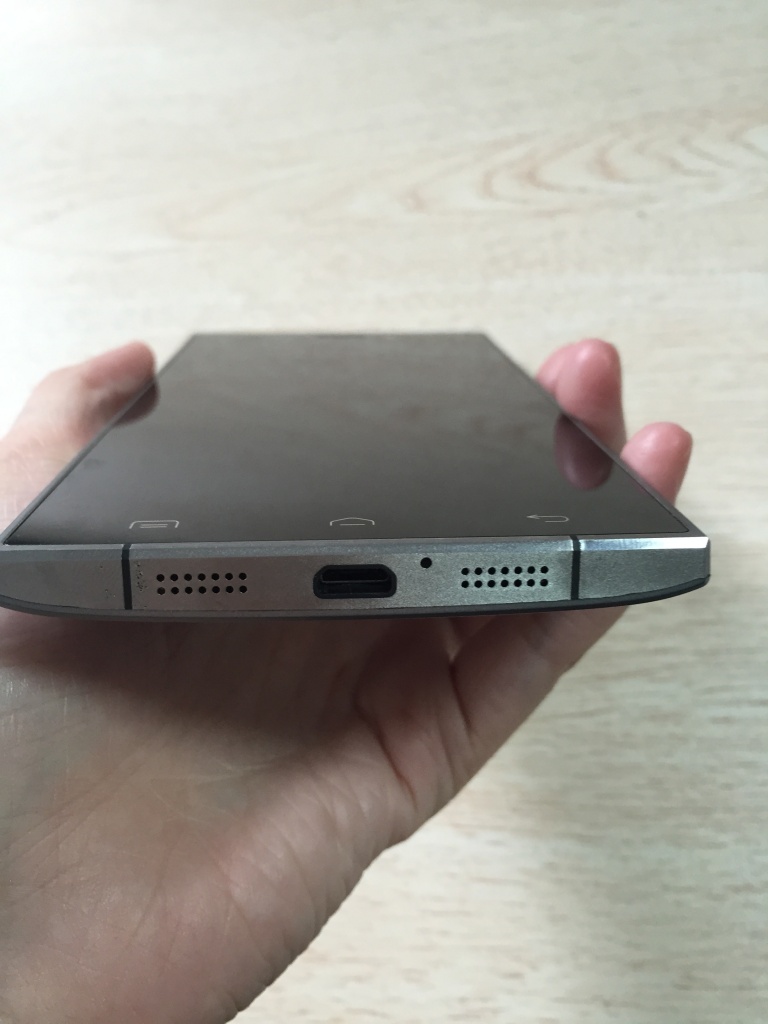 On the bottom you can find a microUSB port flanked by speaker grills. A 3.5mm headphone jack can be found on top of the device. The back is occupied with a 13 megapixel camera & dual LED flash, as well as square fingerprint scanner right below. Some unobtrusive DOOGEE branding can be found on the lower back. The device is made out of liquid metal that is much stronger than traditional aluminium, making it more durable than other metal phones. Phone is pretty thin since its thickness measures in at just 7.8mm, while the remaining dimensions are as follows: 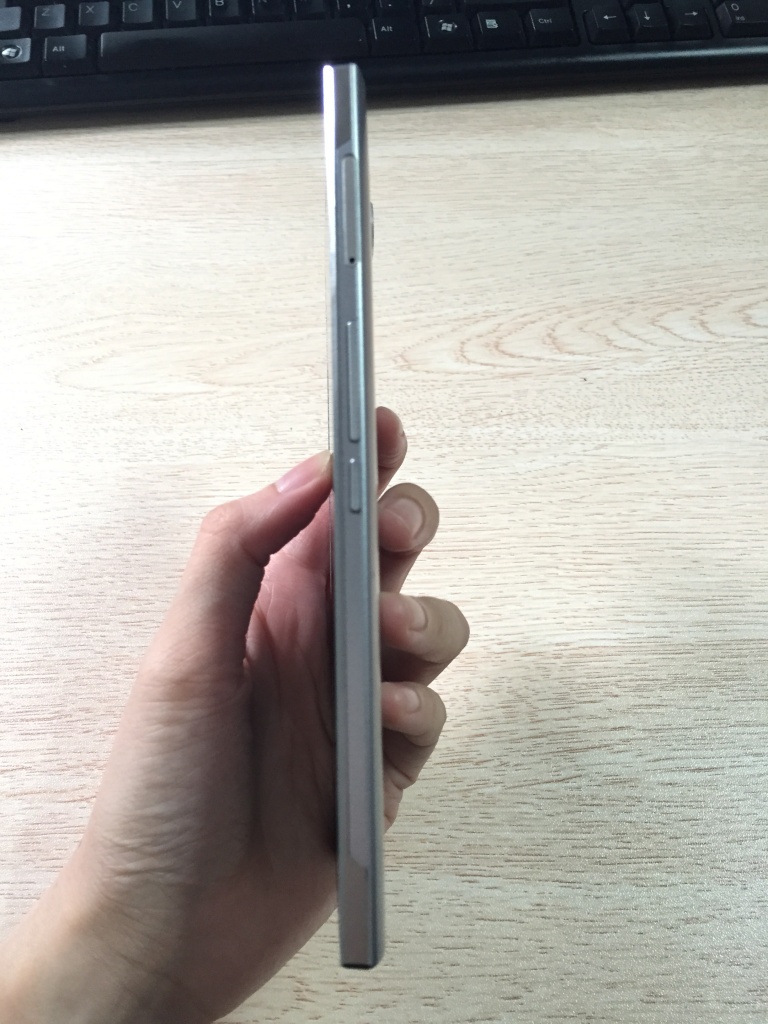 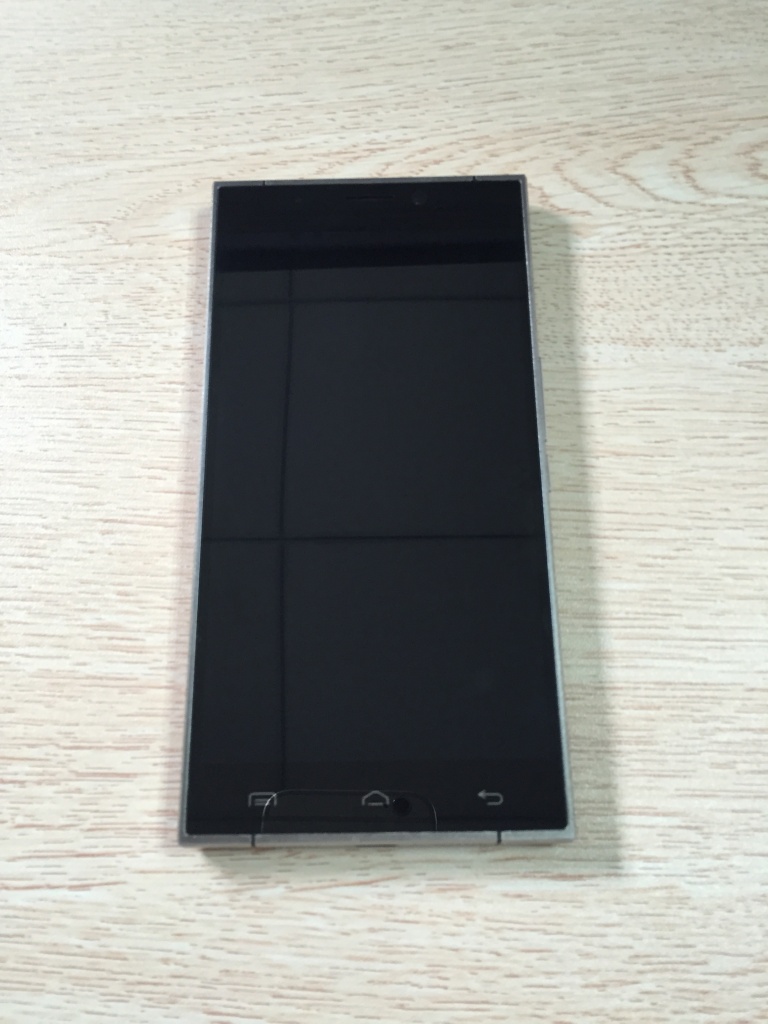 79 percent front glass of the F5 is occupied with a fully laminated 5.5 inch 1920 x 1080 pixel display. It’s based on IPS OGS technology that ensures great off-access viewing angles & accurate color reproduction. 1080p resolution may be out-shined by some quad HD panels, but still provides more than adequate sharpness of text & images at 401 pixels-per-inch. It may still be too big for some people, but provides exceptional experience reading text, watching movies & using your phone day-to day.

Processing package screams high-end, like most things about this device. It’s rocking a chipset from MediaTek called MT6753, which is running a 64-bit octa-core processor. The CPU is running at a speed of 1.5GHz. A Mali T720 GPU is responsible for graphics and 3GB of RAM present underneath it will provide sufficient headroom for users who want to multitask without experiencing a sluggish mobile platform.

You will also find an LTE model, along with a GPS and Bluetooth module. Phone ships with 16GB of internal storage that is easily expandable up to 32GB through a microSD card. F5 is a dual-SIM device and works on WCDMA 900/2100MHz 4G: FDD-LTE 800/900/1800/2100/2600MHz. While it was working perfectly for us after we inserted the SIM, it would be wise to check the frequency that your network is providing you the service be sure to check if it will work on your desired carrier.

When we first saw the interface running on DOOGEE F5, the app icons and the interface itself was flat, indicating that the device was running Android 5.1. Hopefully, the smartphone will be upgraded to Android Marshmallow but that is a tale for another day. One of the most notable features we saw was the fingerprint scanner, and its neat little trick. If you put your finger on the scanner for half a second, it will take you right to the home screen. If you hold it for one and a half second, it will take you directly to the recent apps menu. 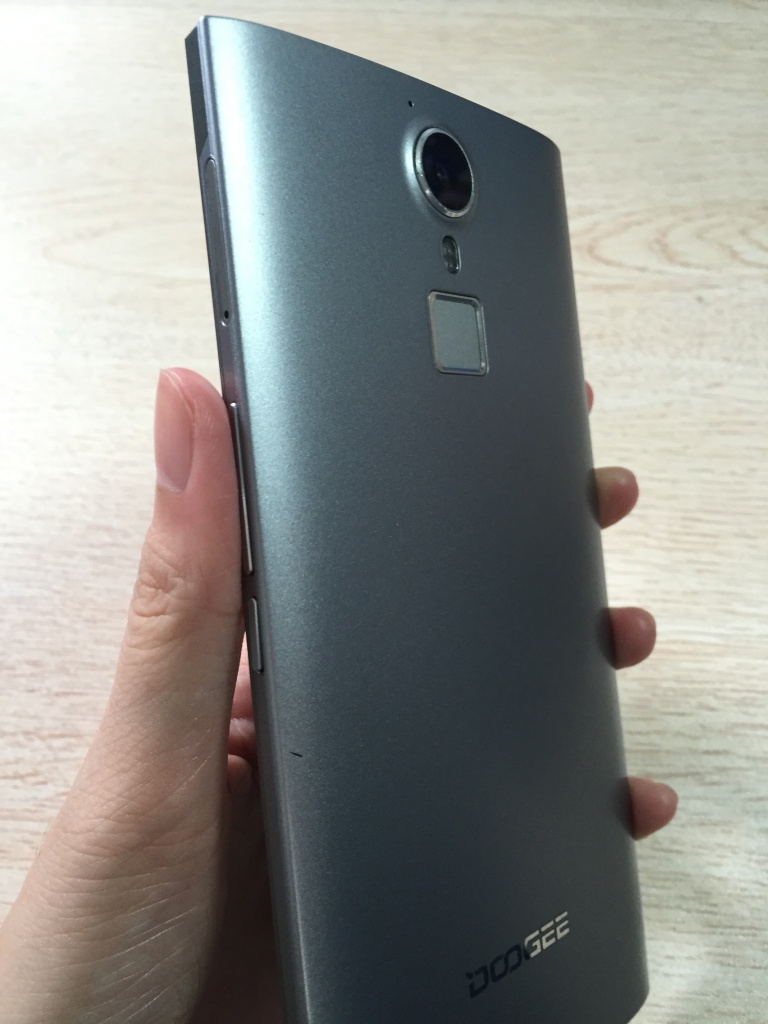 Like every other smartphone these days, DOOGEE F5 sports two cameras. Front facing shooter is 5 megapixels, whereas the one on the back is 13 megapixel. The rear camera is one of the first to use the 3M2 sensor from Samsung using ISOCELL technology. We were unable to do tests with it yet, but we can expect this new sensor to perform above average, especially in low-light condition

As we know from the past, 3000 mAh battery pack can get a 5.5 inch display phone through a full day without a problem. The situation can only be better with a 64-bit energy efficient CPU & software without much bloatware. F5 also supports 5V-2A fast charging which allows you to charge your phone much faster.

In a simple conclusion – this phone is perhaps one of the hottest devices you can purchase. The sub-200$ mark is full of options from different manufacturers, but DOOGEE managed to differentiate its F5 from the crowd with amazing specs, great design, fingerprint sensor & liquid metal body. What do you think about this device? Are you getting one?  Launch date is set for September 28, you can pre-order it right now.