OUKITEL had released their K6000 plus smartphone last month and from last week, delivery for the all the pre-orders was already handled. Now OUKITEL is continue giving extra bonus with one of their authorized store Hao Han YingGuang Store. Specifically Speaking, by ordering K6000 plus at $179.99, the price will drop $6 down to $173.99 automatically when you pay for your order, and you will get a gift bag worth $50.

OUKITEL K6000 Plus highlighted features are the 6080mAh large battery which supports long time standing and daily use and the 12V/2A flash charger which can charge the 6080mAh battery in just 100minutes.

The K6000 Plus sports a 5.5 inch FHD display with 1920*1080 resolution. It has been equipped with a MediaTek MT66750T processor, 4GB RAM and 64GB internal memory. It also gets a 16MP rear camera and an 8MP front facing camera. Both are real pixels, no interpolation. The fingerprint scanner is designed on the front; it’s not only for press fingerprint, but also work as the home button.

In this deal, you will not only get the discount off from retail price of 9.99, but also get a gift bag which includes a smart leather case, a tempered glass, a protective film, a silicone case, and an OTG cable. K6000 plus also drew many attention during the Global Sources Mobile Electronics Exhibition in HongKong. You can get the K6000 plus at $173.99

Get 500 Paytm Money for FREE

Gretel A7 Presale only $46.99 with Tough Screen,16GB Memory, Samsung Camera and Notification LED 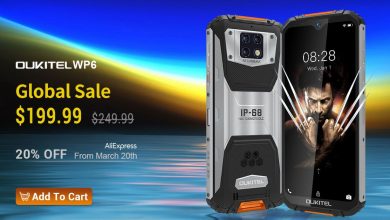