The Chinese technology producer Realme has brought some firmware updates for the Realme Q and Realme X2 Pro smartphones. These software updates tend to impose in the local market and bring significant improvements in respective areas. The new system updates will uplift the Android security patch levels to December 2019 alongside adding Dark Mode toggles in notification arena of both devices.

Following are the respective firmware updates on both smartphones and various issues resolved.

The Realme Q handset has received the firmware update, badging the version number A.11, to fix some issues related to the power consumption optimization during the games, i.e. Peace Elite and Glory of King. Furthermore, it also updates the nightscape module to fix the black spot issue that was being emerged in the selfie camera.

Below is the complete list of updates for the device:

Updating the night scene algorithm to counter the black spot

With the firmware edition number A.13, the X2 Pro gets HDR prospect for video calling to fix the issue of overexposed photos. Here are the other updates as below: 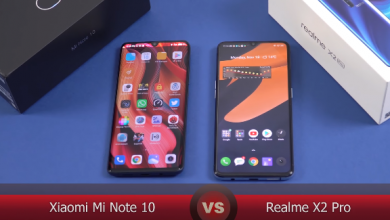