All the latest smartphones strive to provide a body which is lightweight and ultra-thin. However, Cubot went with another approach. We expose our smartphones to various elements every day, which is why Cubot produced a smartphone to endure all this. It is waterproof and dustproof, ensuring that our phone doesn’t die due to an accidental drop in water. A rating of IP68 ensures that it can take a fall, making it perfect for adventures.

Cubot is a Chinese brand that sells both smartphones as well as smartwatches. Cubot Quest and King Kong 3 both have an IP68 rating, but they do differ in other aspects. The discussion today is Cubot Quest vs King Kong 3. We’re going to be comparing both models to help you choose the best one.

Cubot Quest Rugged Smartphone has a thickness of just 8.8 mm and weighs approximately 190 grams. While that doesn’t make it the thinnest or lightest phone available, Cubot focuses mainly on making it sturdy and durable. The top and bottom parts have rubberized plastic. The rugged smartphone has an elegant look.

Cubot King Kong 3 has a body of high-strength polyester with the top and bottom sections in rubber. With a thickness of 13.3 mm and a weight of 300 grams, it is thicker and heavier than Cubot Quest is. It is also slightly larger when you compare it with Cubot Quest. Cubot Quest is smaller, thinner and weighs less than King Kong 3.

They both have the same buttons and ports along with a USB interface allowing you to insert a USB stick. They also have a customizable button allowing you to choose what the button does. However, they both do not have an audio jack, which can be a problem for those who still use wired earphones. The Type-C port with a flap in both models is a high-speed USB for charging your phone. A downside in both models is that if you insert two sim cards, you cannot insert a memory card.

They both have an IP68 rating which makes them waterproof. King Kong 3 can be about 1.5m underwater for 30 minutes, and it is 99% dustproof. It can also withstand harsh environment working in a temperature range of -30c to 60c. Since both have the same rating, the same applies to Cubot Quest.

Cubot Quest and Cubot King Kong 3 both sport a 5.5? high-definition display with a resolution of 1440 x 720. They have a high contrast ratio of 1300:1 with 293 PPI and color saturation of 90%. With a brightness of 450 cd/m2, it does not provide much brightness when you use it outdoors. Quest has gorilla glass 5 whereas King Kong 3 has first-generation assuring screen strength of King Kong 3. The 2.5D glass in Cubot Quest indicates a contoured edge. The resolution is not that great in both models. The better gorilla glass gives the Cubot Quest an advantage.

Which has better performance? – Cubot Quest vs King Kong 3

Cubot Quest has a newer generation processor Helio P22 which operates up to 2.0 GHz. Mediatek states that the P22 processor is most comparable to Qualcomm’s Snapdragon 450 chip. The 64-bit Octa-Core processor has the GPU PowerVR GE8329. It provides 4GB RAM and 64 GB ROM. You can furthermore use a Micro SD card that supports up to 128GB.

King Kong 3 has the Helio P22 processor operating up to 2.5 GHz. Both models have a 64-bit Octa-Core processor with the same RAM and ROM size. ARM Mali-G71 MP2 is the GPU that comes in King Kong 3. Gaming is better in both models only with low graphics. In the comparison of Cubot Quest vs King Kong 3, Cubot King Kong 3 performs better. Although it is an older processor than Helio P22, it performs better with faster CPU speed.

The Cubot Quest Rugged Smartphone has dual rear camera of 12.0 MP and 2.0 MP with fixed focus. The model has an 8.0 MP front camera and a wide aperture f/1.8 creating a shallower depth of field. The primary camera in King Kong 3, on the other hand, is 16.0MP and 2.0 MP with autofocus. The secondary camera has a 13 MP camera. The f/2.2 aperture creates a narrower depth of field. Cut-short in Cubot Quest vs King Kong 3, the camera is better in Cubot Quest.

Although King Kong 3 has a higher megapixel camera, the small aperture number of Cubot is an advantage. It allows more light to enter the camera, which is great for low-light pictures. I was able to notice a considerable quality difference between the images shot on the quest and the kong 3. The Images shot on the Cubot Quest were sharp and clear. With the help of its dual-camera setup, I was able to achieve some amazing bokeh effects and pretty responsive shutter speed. You also get a pretty cool camera app with both these smartphones. This helps you to access some beauty features to artificially change the size of your eyes and slim down your face. The algorithm is pretty effective and makes it look as realistic as possible.

Which is the Best Rugged Smartphone of 2019?

The winner between Cubot Quest vs King Kong 3 is Cubot Quest.  Cubot Quest is the clear winner in terms of design, display, camera, and operating system. Cubot Quest may not be a very slim phone, but it does serve its purpose with an IP68 rating. They both have a 5.5 inch HD display, but Cubot Quest has the 5th gen gorilla skin making it a better option. The small aperture and the latest Android version make it great in terms of camera and software. King Kong 3, however, performs better with longer battery life.

If you want a smartphone that has a good design, display, camera, and the latest software, go with Cubot Quest Rugged Smartphone. If the performance and battery life are more important to you than other aspects, King Kong 3 is for you. You can get both products at Gearbest. In terms of price, Cubot Quest comes at a lesser price 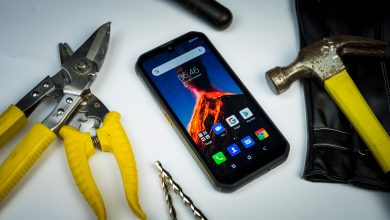