Xiaomi Air Notebook is one heck of a Chinese notebook. But, what if we say that there’s a better notebook than the Mi Air. A notebook which is superior regarding both hardware and appearance. Meet our today’s protagonist ‘CUBE Thinker i35’ which is one of the best premium notebooks from the Chinese land. Don’t believe us? Well, you have to because this hotshot right here is an absolute beauty and worth of spending $600.

Thinker i35 features a premium built, the latest SoC under the hood and a lightning fast SSD. But that’s just the appetizer; the real meal is yet to serve. So, let’s dive into the details of CUBE Thinker i35 Notebook to enlighten you with its capabilities.

Cube Thinker i35 Notebook is among a few Chinese notebooks that are forged from metal. In comparison with them, Thinker i35 built quality is amazing.

The notebook is relatively thin and is classified in the 13-inch notebook category. As it molds from aluminum alloy that’s why it’s a bit heavy. Here are the dimensions of the laptop shown below:

The only logo we see on the laptop is on the top left rear of the lid. Cube has kept Thinker plain and simple.

On the top near the keyboard, we find the three tradition white status LEDs.

On the corners of the lid, the manufacturer has added a little rubber instead of surrounding it to the whole frame, giving it a premium look.

The finishing at the edges is excellent, and it appears that the chassis has undergone CNC process (common for smartphones and not mentioned by manufacturer).

The lid of the laptop can be rotated up to 170 degrees but not completely 180 degrees and 360 degrees. It’s also tight, so you can’t open the lid with only one hand.

In comparison with Xiaomi Air, the Cube Thinker i35 has significantly thicker bezels which reduce the screen and display impact. Plus, the screen ratio of Mi Air is 4:3, but for Thinker, it’s 3:2. 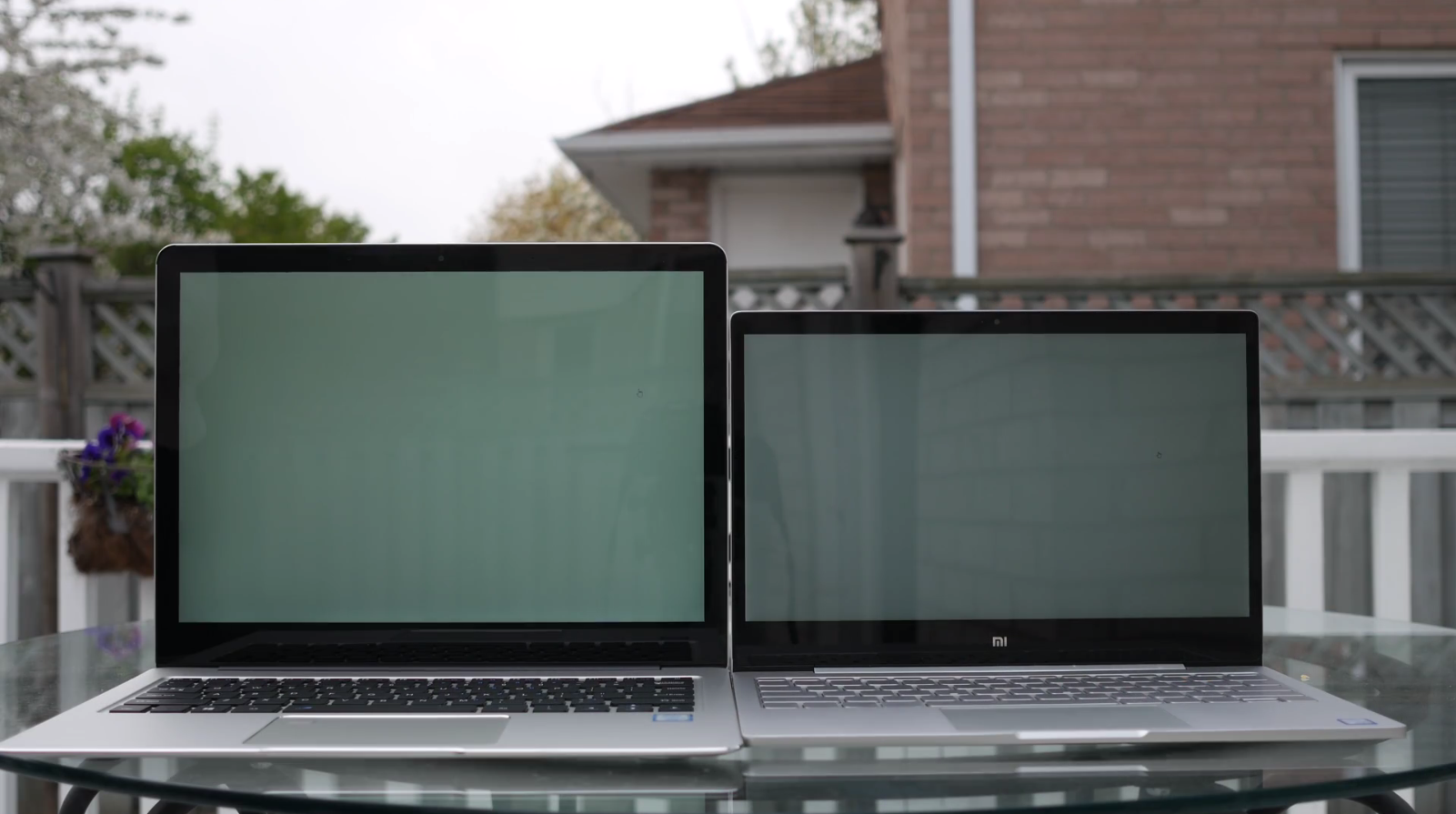 Summing up the section, Cube Thinker i25 Notebook has best built, perfect finish in all of the Chinese notebooks till date. Although, it looks weird in the box like appearance due to 3:2 ratio screen but that ratio has its own advantages. Honestly, it’s a good alternative to Surface Book as well as Xiaomi Air.

The keyboard isn’t that much premium as the keys are made of plastic, yet they appear to be classic. Also, the black colored keyboard greatly matches with the silver metal chassis. There’s perfect spacing in between the keys. Moreover, the keys are around 1.3 x 1.3 mm in size, smooth and press effortlessly. That’s why we recommend CUBE Thinker i35 to the professional writers out there. No doubt, you will get a nearly MacBook Air typing experience on this device.

Moving to the trackpad, you may love the smart gestures on it such as the two-finger swipe, zoom out and in, and so on. They are smooth on Microsoft Edge but lags on Chrome. A great change can be seen with the fingerprint reader shifting from the chassis to trackpad. The area provided to the trackpad is sufficient, and the precision is also appreciatable. You can disable the trackpad with the Fn + Space. In short, there isn’t much inertia neither too slippery, making it a perfect trackpad.

Now comes the selling point of the notebook, which is its marvelous 3K, 13.5-inch screen. To be honest, it’s one of the best notebooks screens not only in China but around the world as well. Plus, the display is capacitive supporting 10 points touch at the same time.

However, S-Pen is also featured on the touch panel. But I still didn’t get the idea of introducing an S-Pen on the panel which doesn’t rotate completely to 360 degrees. 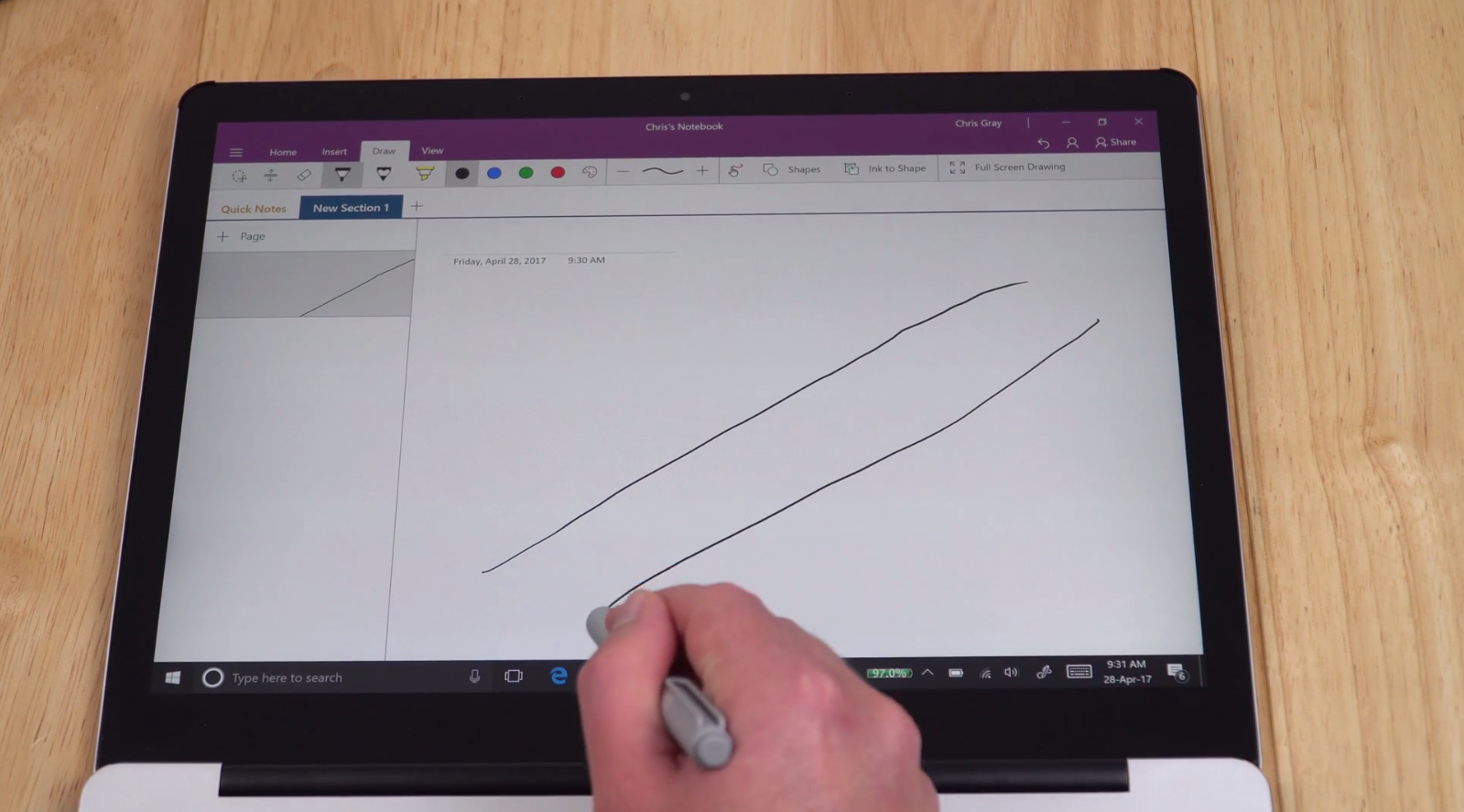 The 3000 x 2000 resolution is vivid. The depth of the images on the screen is praising along with the high contrast. Most of the notebook has low brightness and a complete glare on the screen, but that’s not the case with CUBE Thinker i35.

Plus, the viewing angles are simply fantastic, after all, it’s IPS display. But remember with greater resolution consumes more power. The screen has a white shade while viewing from the side and that’s probably because of the glare produced on display.

Setting up to 75% brightness you get the idle brightness, moving to 100% might hurt your eyes. Still, with 100% brightness, we might experience a little bit glare while using it outdoor. Still, it’s much lesser than other Chinese laptops. The screen of CUBE Thinker is also fully laminated; at last some real fully laminated displays from China. 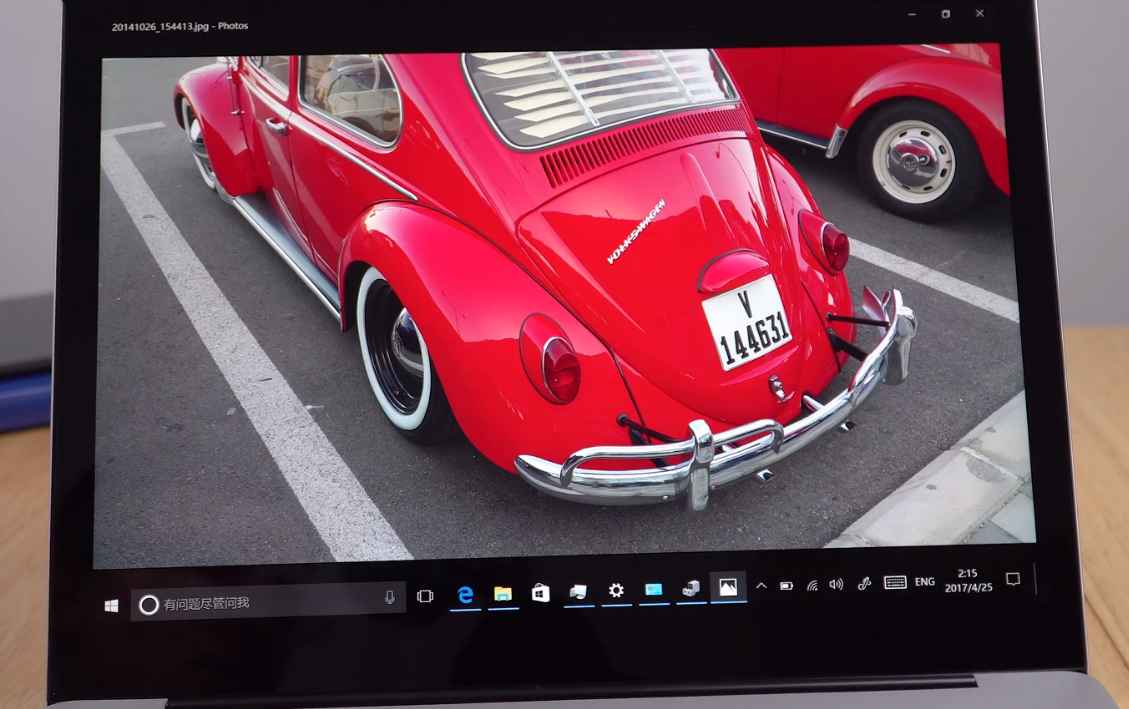 The screen is highly set-up for productivity purposes as it has a ratio of 3:2. We have sufficient space on the screen. But the down point of the ratio is that we might see movies in widescreen instead of full screen. But, that can be solved by setting the ratio on a customizable video player like VLC Player.

In short, the display turns out to be a surprising effort from the manufacturer. The display is way better than Xiaomi Air Notebook. In fact, it considerably competes with the display of Microsoft Surface Book Pro, and even the MacBook owners might get stunned with its gorgeous display.

Under the hood of Cube Thinker i35 Notebook, we have the latest Intel Kaby Lake (Gen 7) M3 processor (Intel Core m3-7Y30) featuring dual cores which run at a maximum frequency of 2.6GHz. This is where Cube Thinker crushes its rival ‘Xiaomi Air.’ You see, Xiaomi Air has an older generation of m3 processor (Gen 6) whereas Thinker i35 features the latest generation. But that’s not all. The notebook takes the lead in every aspect which comes under the hardware section.

The CPU is accompanied by 8GB LPDDR3 RAM (twice than Xiaomi Air) and 256GB SSD. I wished that the RAM should have been LPDDR4, but it’s okay as it’s a productive laptop.

The most delightful aspect was that the manufacturer has brought up the latest M2 Type SSD in the notebook so that this metal may work as fast as lightning. Here’s writing and reading test of the SSD:

As far as gaming is concerned, you can play outdated games at maximum resolution. These include Bioshock 2, NFS Most Wanted 2012 and so on. The reason is that the notebook doesn’t feature dedicated graphics but built-in Intel HD Graphics 615. Plus, most of the games also support the 3K resolution of the screen as well as the 3:2 ratio. 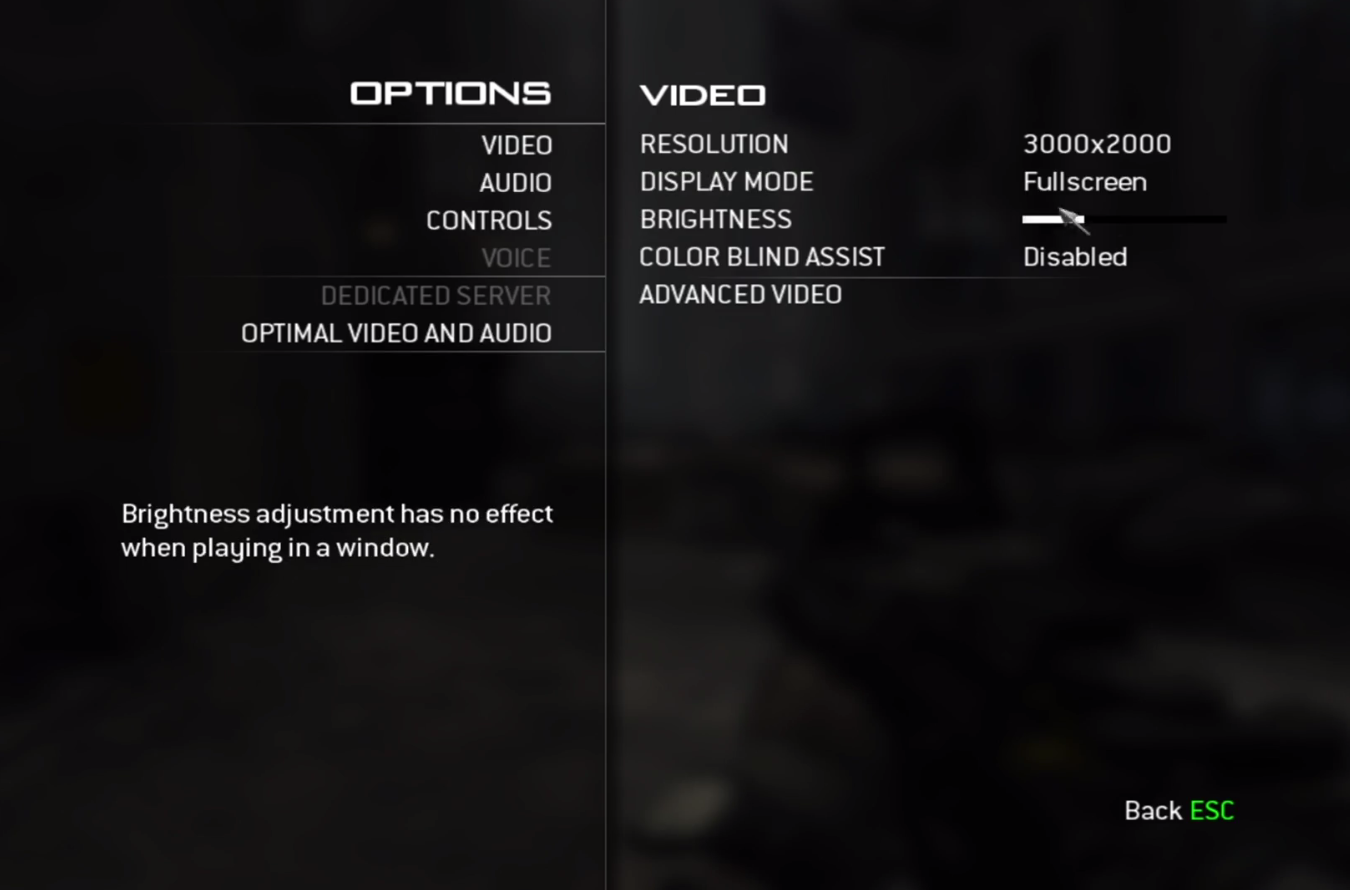 The notebook was able to play Call Of Duty Black Ops at maximum resolution but low settings. It runs effortlessly at 30+ fps. You can play High-end games like GTA 5 but at the lowest settings and with the passage of time temperature of the device increases and fps decreases. Still, for a gamer inside you, Cube Thinker i35 is not recommended for gaming. 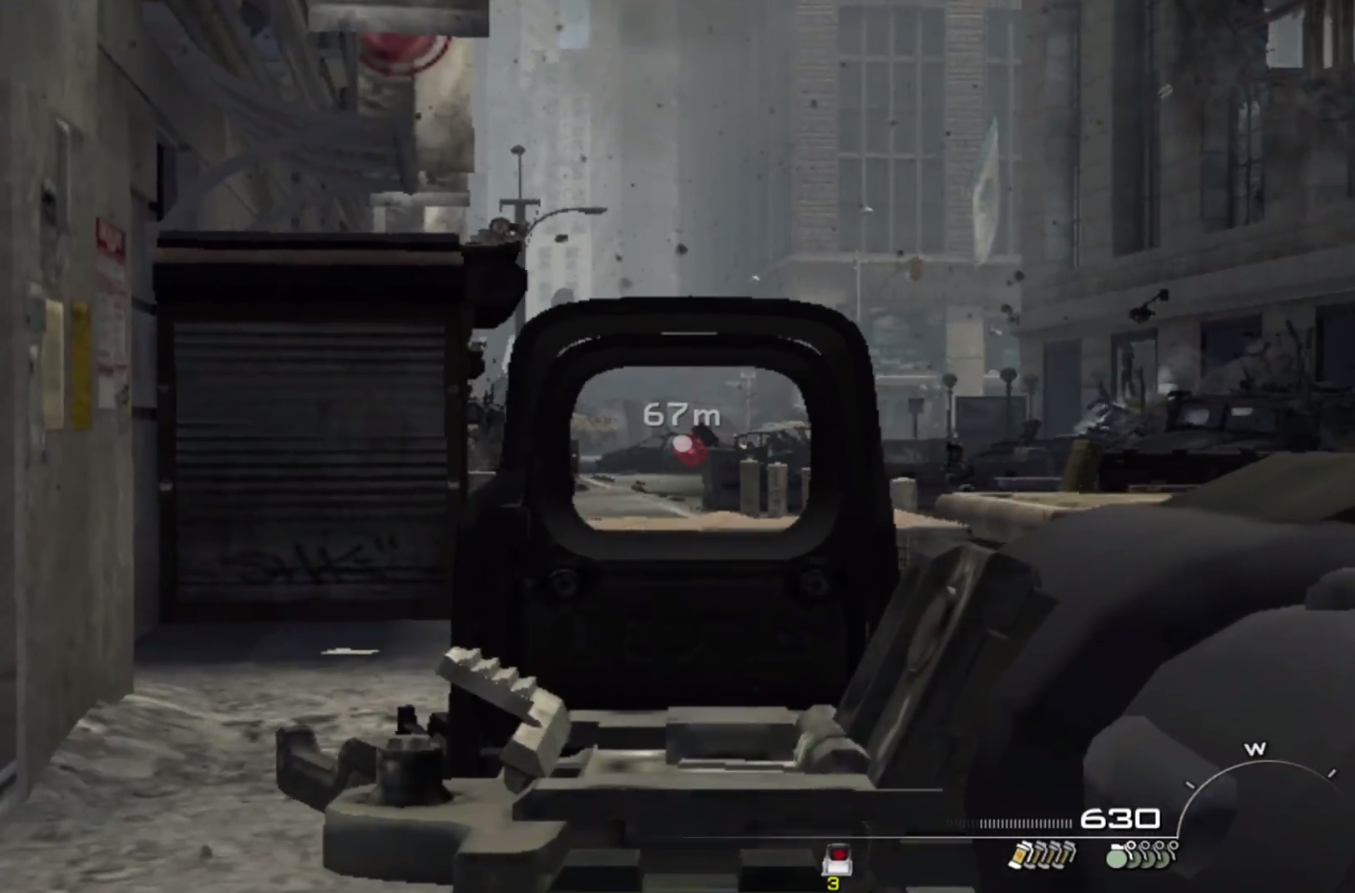 For the ease, let’s just divide the connectivity and ports section into sub-categories:

Starting with the wired connectivity, we have a 3.5mm audio jack and a USB 3.0 port on the right side.

Meanwhile, on the left side, the DC jack, a standard USB 3.0 port, Status LED and last but not the least is the USB Type-C port. So, the addition of USB 3.1 Type-C port is something we see new in Cube Notebooks. The Type-C port is super fast and can provide data transfer as well as power backup to the laptop.

However, the thin size of the notebook limits the user to rely on these few ports. Sadly, the Micro-SD slot, as well as the HDMI port, is absent.

Heading to the wireless connectivity, we have an advanced WiFi 802.11 ac supporting Dual Band (2.4GHz and 5GHz). Since it’s an ac-type, we witness strong reception in comparison with other Chinese laptops. Apart from WiFi, the laptop also integrates a Bluetooth 4.0 module as well.

Summing up the section, Cube Thinker i35 Notebook limits the user with some few connectivity features. But, what’s provided on the laptop is completely worth under the price. How frequently do we witness a Type-C port as well as a dual-band WiFi 802.11 AC in a notebook under $600? Tell us!

At the top left and right sides of the notebook near the lid, dual speakers are situated. The sound generated from the speakers is satisfactory. It’s loud, crispy but doesn’t have much bass in it. The manufacturer hasn’t provided details about the speakers.

Moreover, at the top of the screen, dual microphone has also been provided which surrounds the 720p 2.0MP webcam. The result of the webcam is good but not the best as there are 1080p cam laptops as well. But, only a few features dual microphones which have a way better pick of voice than the single microphone.

As the Thinker i35 comes from China, that’s why it runs on an activated Windows 10. Sadly, the whole Windows is in a single language which is Chinese. You need to upgrade to the Windows 10 Pro or Home to install the English language pack. Otherwise, you won’t understand a thing until or unless you know Chinese. Moreover, you need to install a few drivers as well. To make it easy for you, most sellers have already done the hard work for you, and now the notebook comes with the multi-language Windows 10 Home.

Regarding multitasking and stability, Windows 10 isn’t new to us and needs no introduction. It’s highly optimized for touchscreen devices, and Thinker i35 takes the full advantage of it. Still, it would have been great if Cube had introduced Dual-OS for the Thinker series.

Although we have an energy efficient processor as well as SSD, the display and brightness consume a lot of power. Also, the battery has a limited capacity of only 5,000 mAh. Still, it’s surprising that the notebook runs for maximum 6 hours (standby 8 – 10 hrs according to manufacturer) under light use such as Web Browsing at medium brightness.

For a productive notebook that’s still not enough and even Xiaomi Air has more battery timing than Thinker i35. We think that the manufacturer was more concerned with the size and weight of the notebook instead of the battery life. If Cube had introduced a 10,000 mAh battery in Thinker than it was possible that the notebook may have lasted for at least 10 hours.

Attention: The internal data of table “189” is corrupted!

Cube Thinker i35 is a perfect replacement for Xiaomi Air as well as MacBook Air.If you are not concerned with the battery as well as old traditional ports, Thinker i35 is your best choice for business and productivity notebook under $600. Finally, we can say that:

If you’re interesting buying Cube Thinker i35, you can buy it for the best price of $599.99 on Gearbest. Hurry only 25 units are left. However, after the limited offer, the price will go back to the original price which is $620. For a discounted price of $608.99, please apply coupon code:

It’s available in only silver color option. We will like to end this review by giving you the link to the store.

Buy CUBE Thinker i35 for $599.99 from GearbestBest deals via XiaomiToday