More once a major source of leaks of smartphones and technology, in general, brought us information about the work of the large companies is doing behind the scenes. This time it is LG V30 who sees some of his internal information being published on the Internet, this time by Evan Blass, through his Twitter account.

Several computer-generated and conceptual images ( renders ) of what can be considered one of the best smartphones of the year and the jewel of the crown of the South Korean brand LG dropped today in the leak . Although referred to in the leak itself as just a computer-designed concept, we have to consider the possibility that such an idea could eventually become reality. Maybe even this year.

This is the largest model of LG, the V range, which although not normally a successful equipment in Portugal, is a demonstration of what the brand can do better and can even integrate with its G range the following year, A little like Samsung with the Note and S. range.

In the images revealed by Evan Blass, we see an equipment composed of two main pieces, which slide vertically together, revealing the entirety of the main face of the second panel. If you remember Blackberry Priv, it will be a similar concept. However, instead of a physical keyboard, you would have a secondary screen with general functions of the equipment, as well as applications, a bit like the rumors for the iPhone X.

In its general form, it brings us back a little to the more rounded format of the LG G5, but this slide function brings a quite different approach to today. Apart from Priv, this kind of articulate language has long been neglected to the detriment of the metal rectangles we are now accustomed to seeing.

I remind you that this year at the 2017 MWC, early in the year, we saw an LG take a different, much more irreverent attitude. This new attitude has come to us in the form of the LG G6 that breaks with an unclear language of the past to bring us an equipment really focused on what the user wants to see. A big screen with a good battery, camera, and longevity.

Nothing has been discussed in this leak about specifications of the possible equipment, but without a doubt, we should expect the best possible of this LG V30. The launch date of this equipment should go hand in hand with that of last year, in the case of V20, with launching around September, with availability for October. 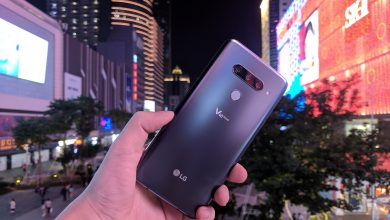 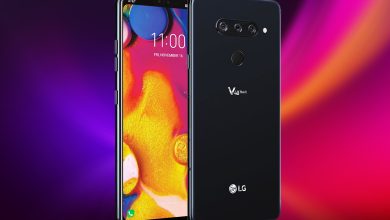