Xiaomi hasn’t launched a smartwatch with its own brand yet. But the ones released via Huami are too hot. Probably you won’t find a person who doesn’t want to own the Xiaomi Huami Amazfit aka Amazfit Pace. This is one of the highest demanded smartwatches in the market. That’s why the company has decided to launch its second-gen model. It was launched in two variants of Amazfit Smart Sports Watch 2S Premium Edition and Amazfit Smart Sports Watch 2. Apart from this, there is also a smartband dubbed as the Huami Amazfit Cor and Xiaomi Amazfit A1603. But today we are offering to take a look at a smartwatch in the middle of those high-end Huami smartwatches and top-notch smartbands. The model we are going to talk about is the Xiaomi Huami Amazfit Bip Lite. This wearable has got a price cut and is offered for only $63.99.

The Xiaomi Huami Amazfit Bip Lite uses a classical rectangular-shaped layout like the Zeblaze Crystal. The 1.28-inch screen is also covered with a 2.5D arc glass. The chassis is made of polycarbonate. Thanks to these materials the watch is lightweight of 32 grams only and ultra-thin with a thickness of 8mm. But you shouldn’t worry about its durability. The Xiaomi Huami Amazfit Bip Lite is covered with a Corning Gorilla Glass and comes with an IP68 certification. Thus it is dustproof, waterproof, scratch resistant, and shockproof. Meanwhile, the strap is made from silicone and is anti-allergic to sensitive skin.

However, the smartwatch doesn’t come with a touchscreen. There is a key on the right side to interact with the Xiaomi Huami Amazfit Bip Lite. But such a decision is quite justified. The smartwatch sports a 190mAh Lithium-ion polymer battery that is capable of providing up to 41 days of standby time.

This is a true sports watch. Therefore you can find all those goodies coming with any smartband or sports smartwatch. They include a pedometer, sleep control, heart rate monitor, GPS + GLONASS dual positioning, and many more. 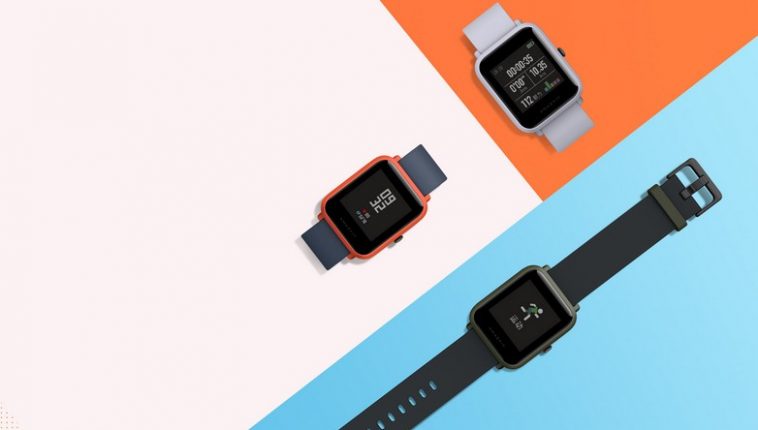