The Makibes HR3 is a classic fitness tracker with heart rate monitor and pedometer and now the third version of the series. With an attractive price well under 20 euros and continuous tracking of heart rate, sleep patterns and more daring another attack on the wearables market, which is dominated by Xiaomi and Fitbit. We got the bracelet for testing and I could already see the basic features. For a final verdict, it is still too early, so I leave it at some initial impressions. 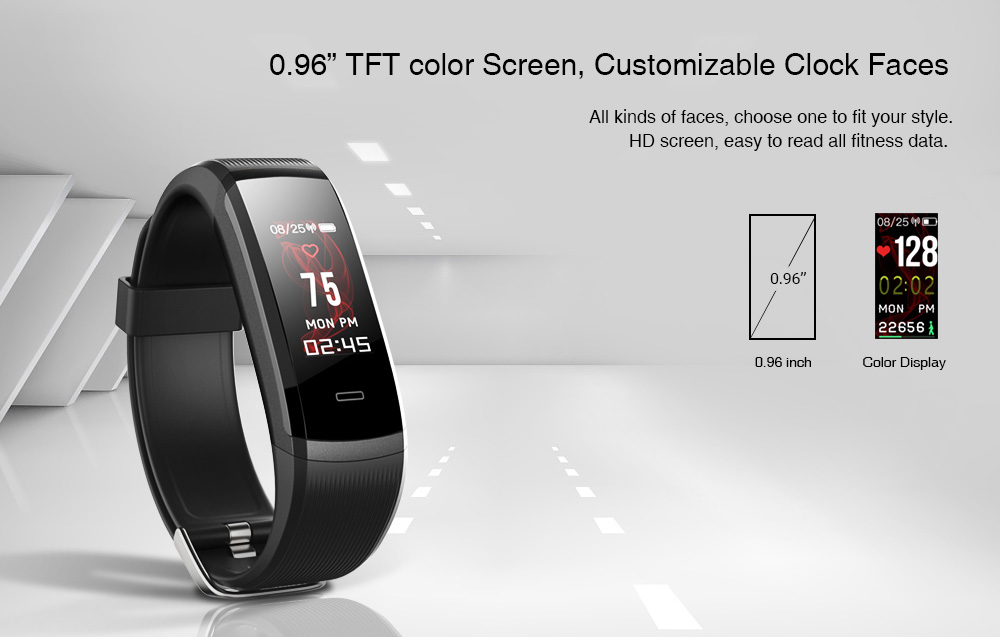 The Makibes HR3 fitness tracker comes in three versions, which differ in the color of the strap. In addition to the black version, there are also one in blue and one in red. A matter of taste, which one likes, but I prefer the simple black, which fits the actual tracker. Its color is most likely to be described with anthracite. 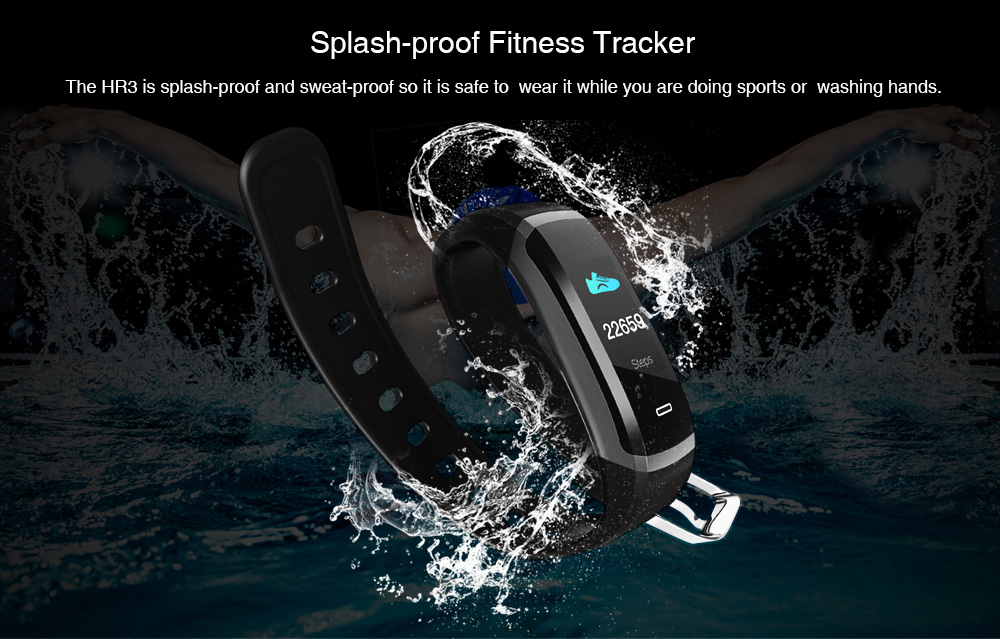 On the display, which is activated by pressure with the finger, you see by default the date, time and your pulse. Depending on the set design, the running steps per day are also displayed. The heart rate is continuously measured, after just one day in use, almost 200 measurements were shown to me in the app. So the pulse is tracked throughout the day, which is then graphically displayed later in the app. 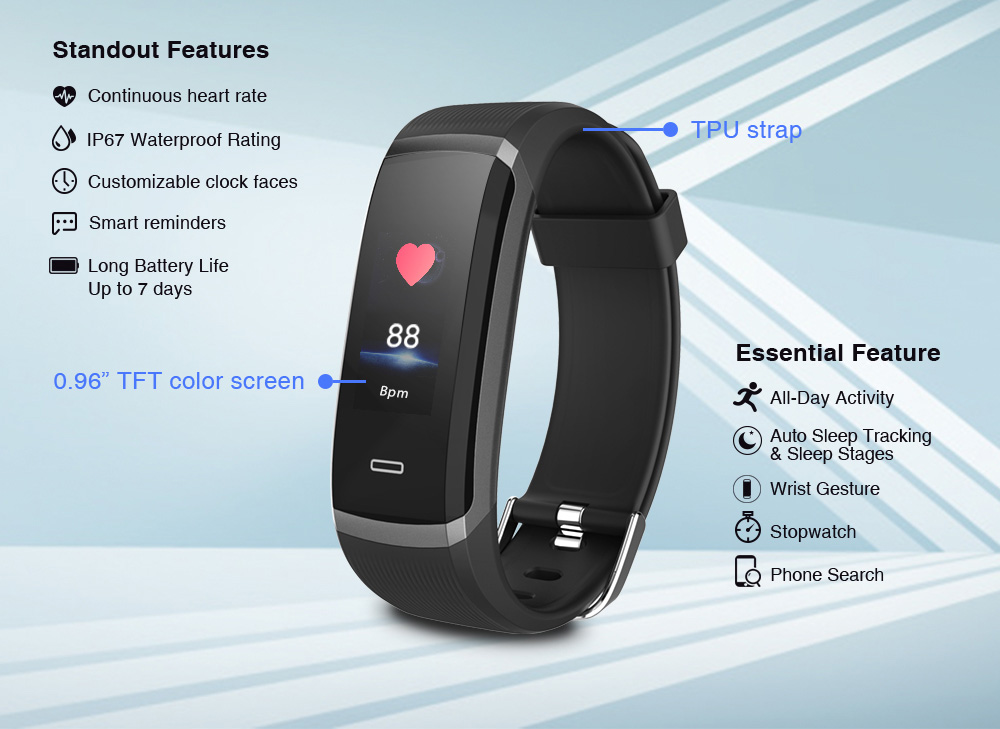 In order to make the conversion of the steps in the distance as accurate as possible, the average step length can be set in the app (which of course you need to know). In addition, the calories burned are also determined – everything as usual. Other features include the already mentioned sleep tracker and a built-in stopwatch, which can be useful during sports. There is also a notification function. 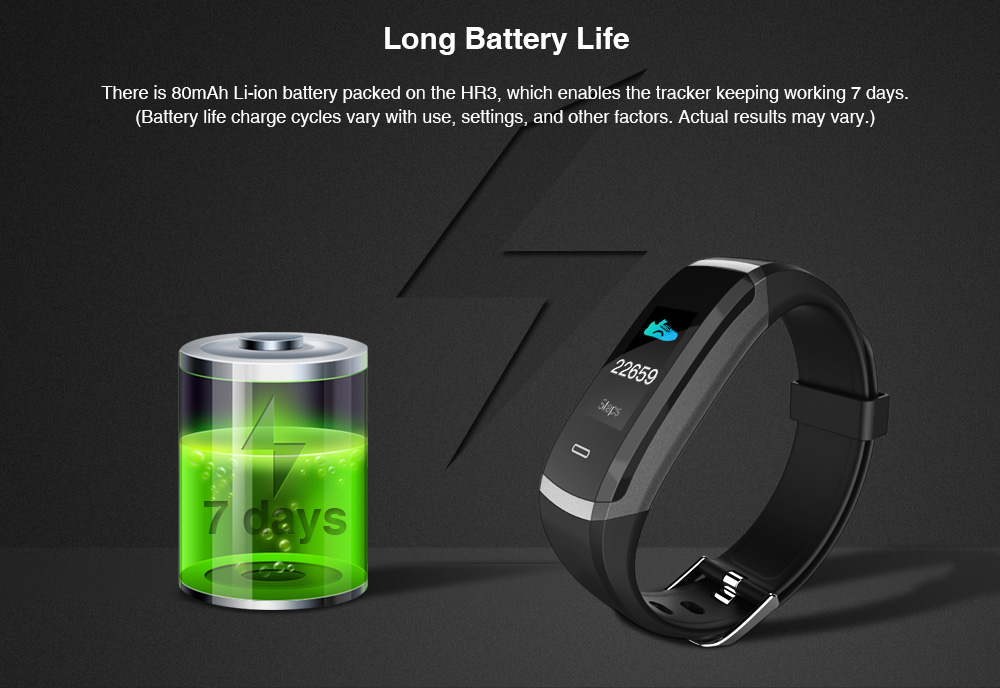 The app can be found on the QR code enclosed with the packaging or can be downloaded directly from the Playstore or iTunes. It is clearly arranged and presents the most important measurements in a clear way. At first glance, unfortunately, it is already noticeable that the translation is not very good. The German is bumpy, though understandable, and some ads were displayed in French for no apparent reason. The battery has a capacity of 90 mAh. He is charged in less than an hour, in standby, he should hold out for up to three weeks. In use, a term of one week is given, which I currently estimate as a real value. 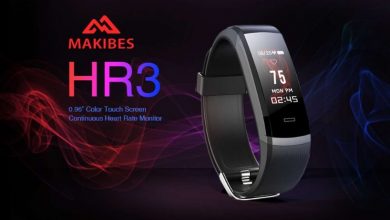 Constantly monitor your health with the Makibes HR3 Smart Bracelet, now on sale at Geekbuying for only $17.99 [+ Coupon]