Are you looking for a device integrating various entertainment activities to enrich your visual and auditory experience at home? Here comes the Magicsee N6 Plus TV box, which provides massive videos and games without buffering or breaking down, making every moment enjoyable. With the high-performance software and hardware, Magicsee N6 Plus TV box is always to lead you into a magical world once you turn it on. Magicsee N6 Plus is a brand new robust TV Box powered by means of Amlogic S922X SoC this time from the Magicsee logo. There are already a number of TV Boxes in the marketplace provided with S922X SoC from more than a few distributors (Beelink, UGOOS, and so on.). However, the N6 Plus from Magicsee guarantees to be similarly attention-grabbing. 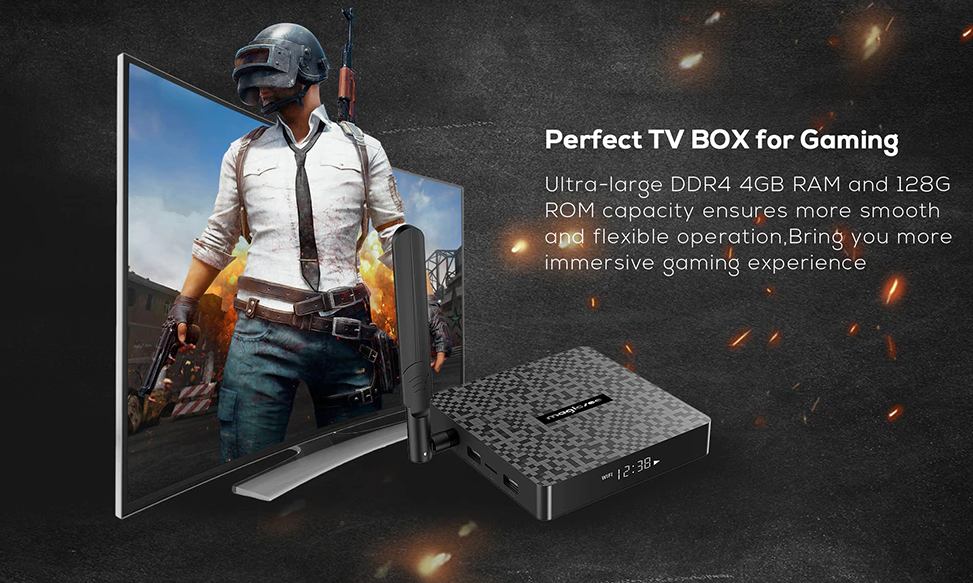 N6 Plus TV Box will have some interesting features. N6 Plus features Screen Rotation, Hardware Monitor (CPU load, internet speed, RAM usage, temperature), Dynamic HDR Support, Real-Time Clock support. As you know, TV Box equipped with a strong chipset, and this is the S922X SoC is an efficient Android TV box for games from Google Play store, of course, if you prefer such entertainment. 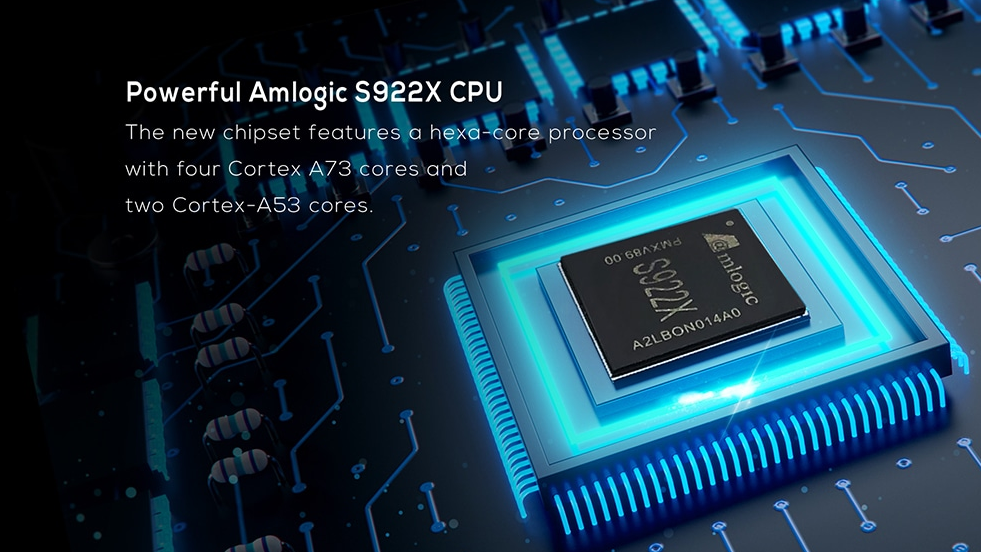 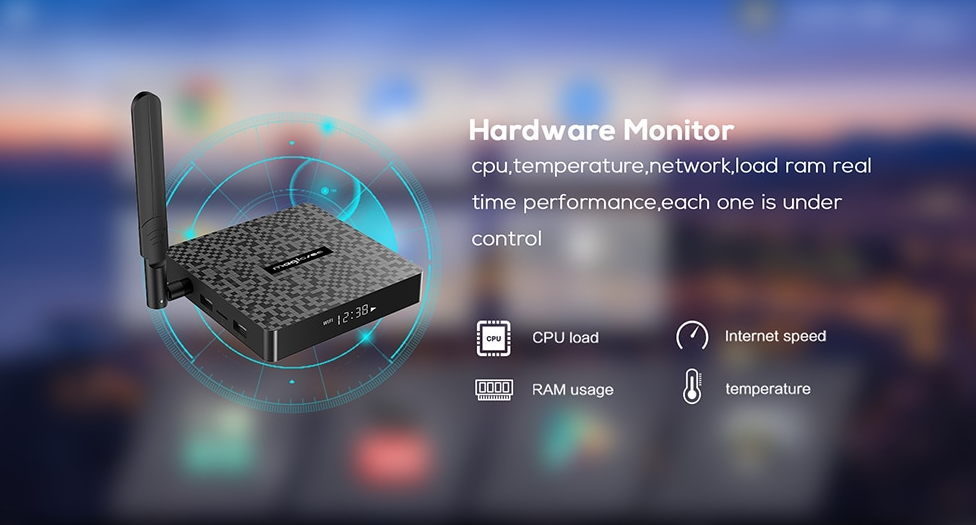 The Magicsee N6 Plus includes SoC Amlogic S922X, a 12nm six-core processor with 4 ARM Cortex-A73 processors that can reach 1.8GHz and 2 ARM Cortex-A53 processors that reach 1.9GHz. The graphics processor is an ARM Mali-G52 MP6 with a maximum frequency of 846 MHz, compatible with OpenGL ES 3.2 and Vulkan 1.0, allowing you to easily run powerful games such as PUBG. It is controlled by the Android 9.0 operating system. There is a special application for tracking the system parameters – Hardware Monitor. 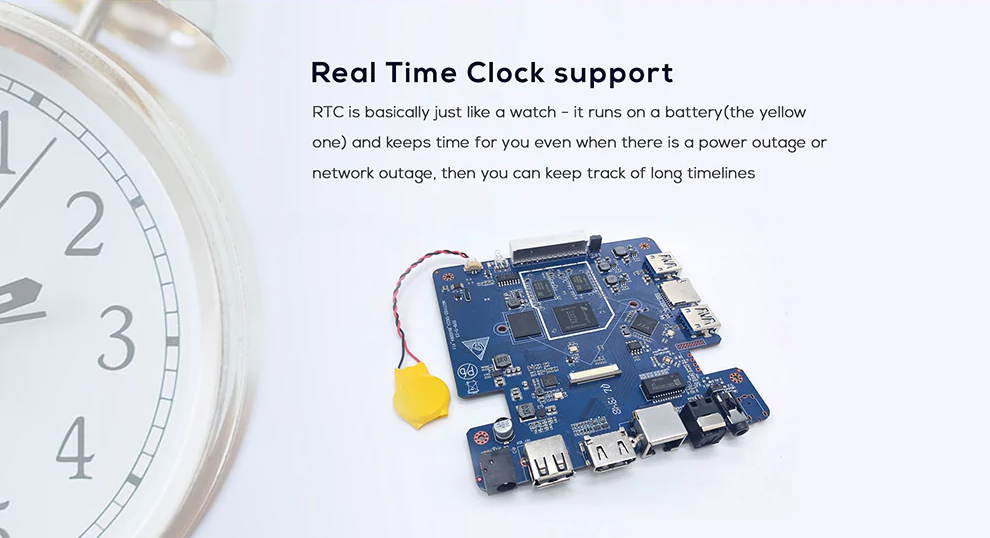 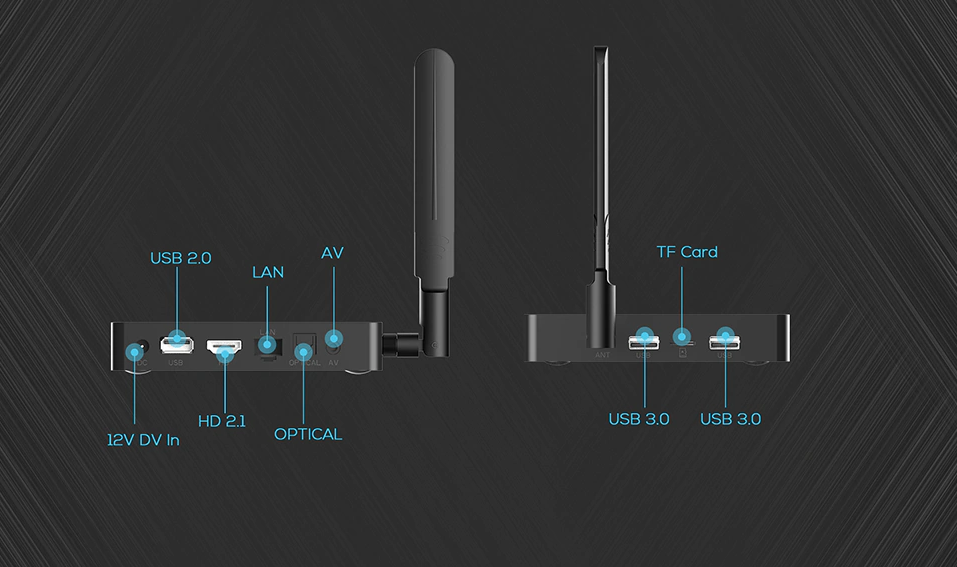 As VPU Amlogic Video Engine (AVE-10) with all types of HDR support, Dolby Vision, Advanced HDR10, HDR10 +, HLG, PRIME HDR, and REC709 / BT2020 profile support is used. There is also an integrated digital audio DAC. RAM is 4 GB LPDDR4 and internal memory is 128 GB eMMc, expandable thanks to the microSD card reader on the right side of the case. TV Box Magicsee N6 Plus supports dual-band WiFi 2.4GHz / 5GHz, IEEE 802.11a / b / g / n / ac, 2 x 2 MIMO and Bluetooth 4.1 with internal antenna. Of the connectors on the case, there are 2 USB ports: 3.0 and 2.0, Gigabit Ethernet connector, SPDIF digital audio output, HDMI 2.0 and 3.5 mm analog audio connector. As with similar models like Beelink, it uses internal power supply for time synchronization. 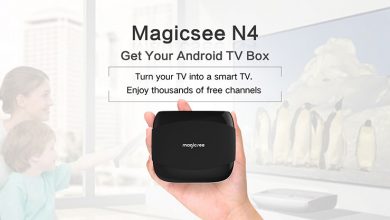 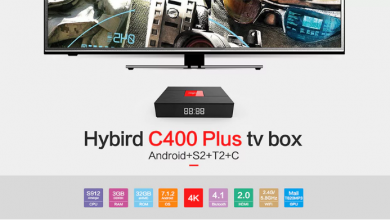