Capture amazing images and videos from a whole new perspective with the Zino Pro Ultra HD 4K Quadcopter from HUBSAN. Whether you’re a photographer, videographer, or just want some stunning vacation shots to share on social media, the Hubsan ZINO PRO can give you up to 4K video quality via the built-in 3-axis gimbal camera. A remote controller is included with the Zino Pro, which lets you operate the drone via dual control sticks and your smartphone (up to 3.2″ wide) with the X-HUBSAN app installed. 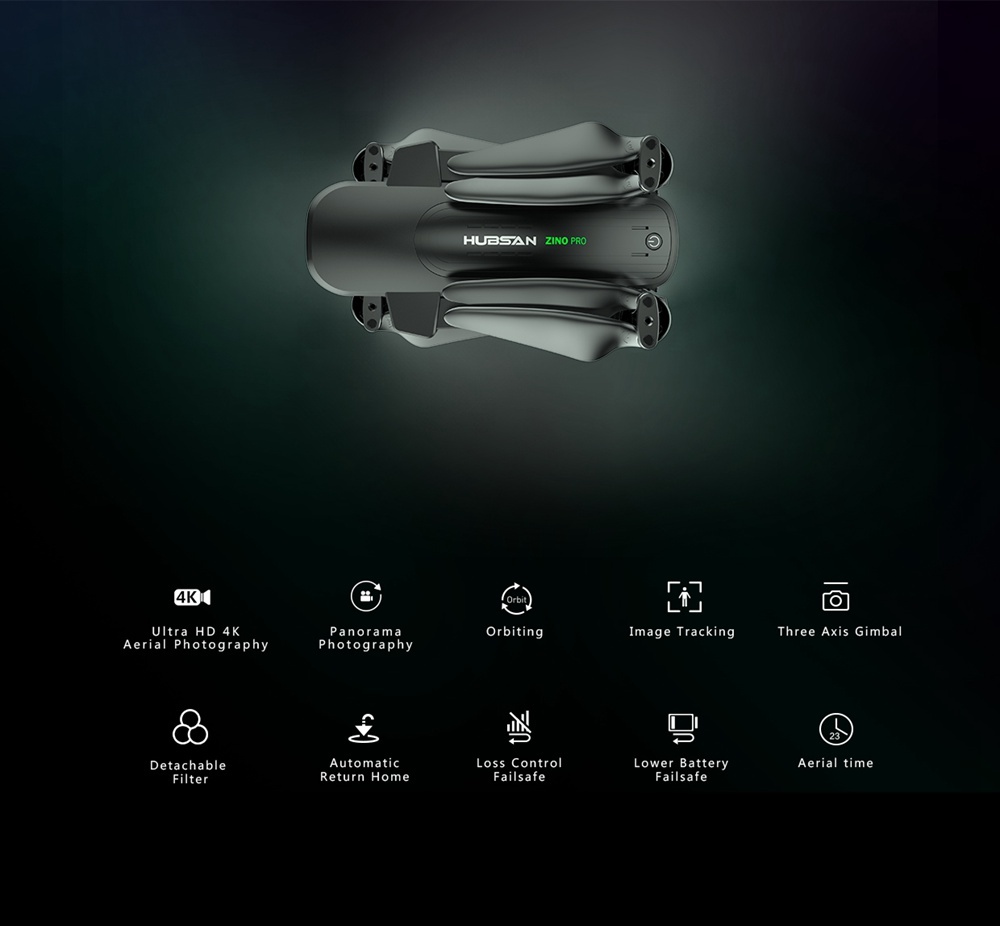 Through the controller, you can perform a variety of flight modes and functions with the Zino Pro. You can take 360° panoramic videos, follow a specific subject, follow a custom flight plan, and more. Thanks to built-in GPS, you can fly the Zino Pro stress-free, as multiple fail-safes and a “Return to Home” function helps to keep the Zino Pro safe. With a folding arm and blade design, the Zino Pro is compact and can be taken almost anywhere you want to capture jaw-dropping aerial photos and videos. 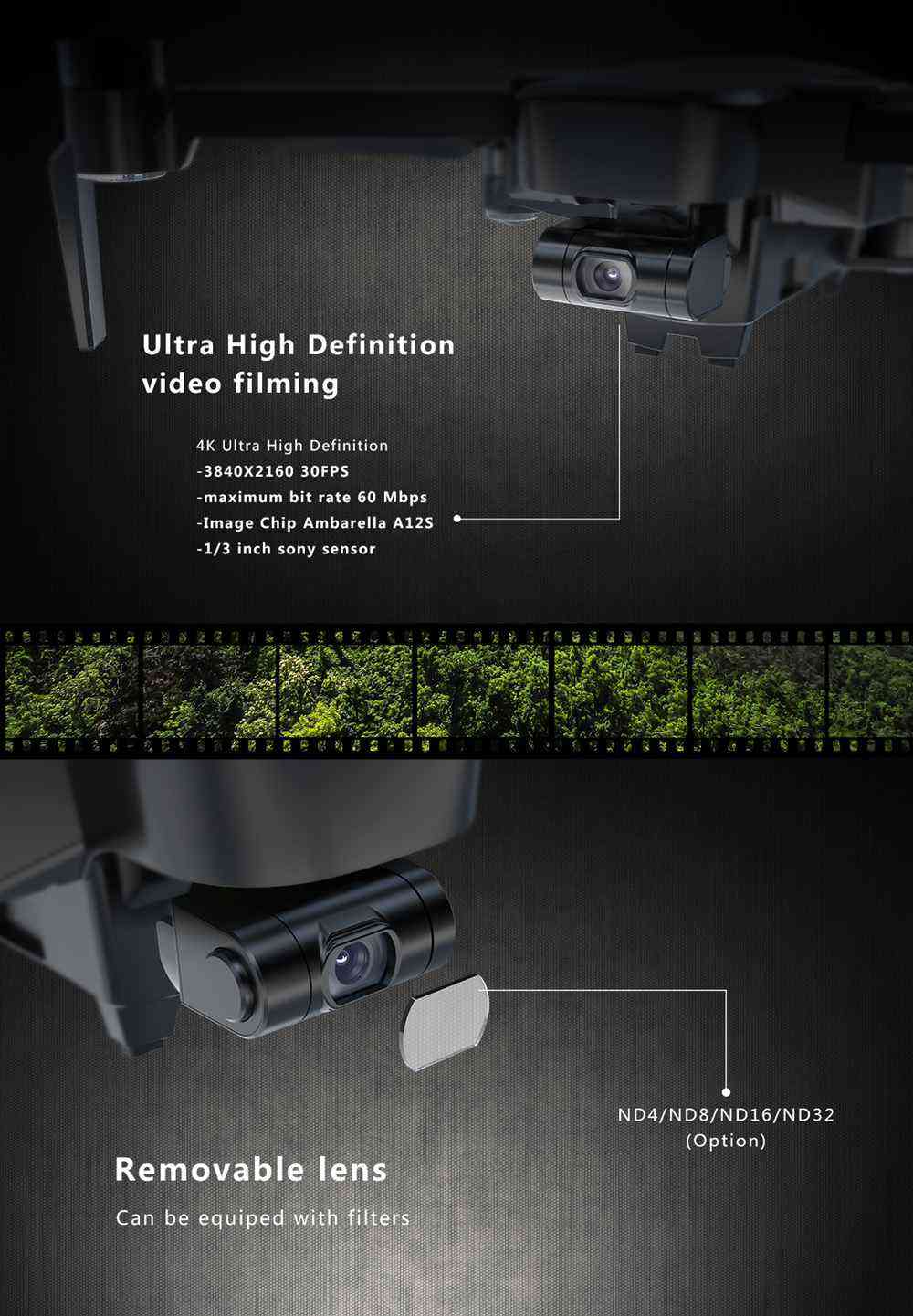 Compared to the basic Hubsan Zino, the new model PRO version differs mainly due to the new communication system between drone and controller (according to the manufacturer it has a control range up to 4km), and for the newer, more powerful processor, which should make the processing of images and filming even more fluid. For the rest, we are faced with an older brother who looks almost like a twin, especially with regards to the outward appearance (just change the color from white to black), a folding drone that is easy to carry and weighs 700 grams. 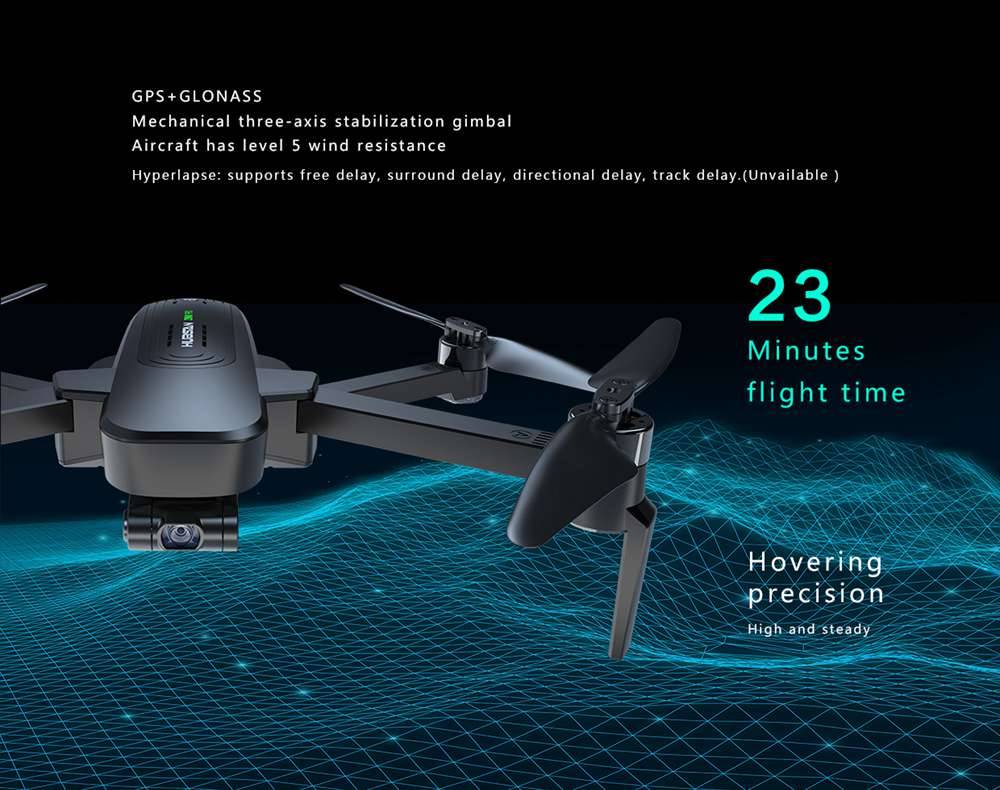 As for the flight, Hubsan Zino PRO reaches a maximum speed of about 30 km / h and uses GPS and GLONASS sensors for orientation. The battery is 3000 mAh and is fully charged in about two and a half hours. According to Hubsan, it ensures a flight autonomy of up to 23 minutes, but obviously the manufacturer speaks of “optimal circumstances”, ie in the (unlikely) event of no wind throughout the flight, so it is advisable to evaluate a more realistic duration of just under 20 minutes. 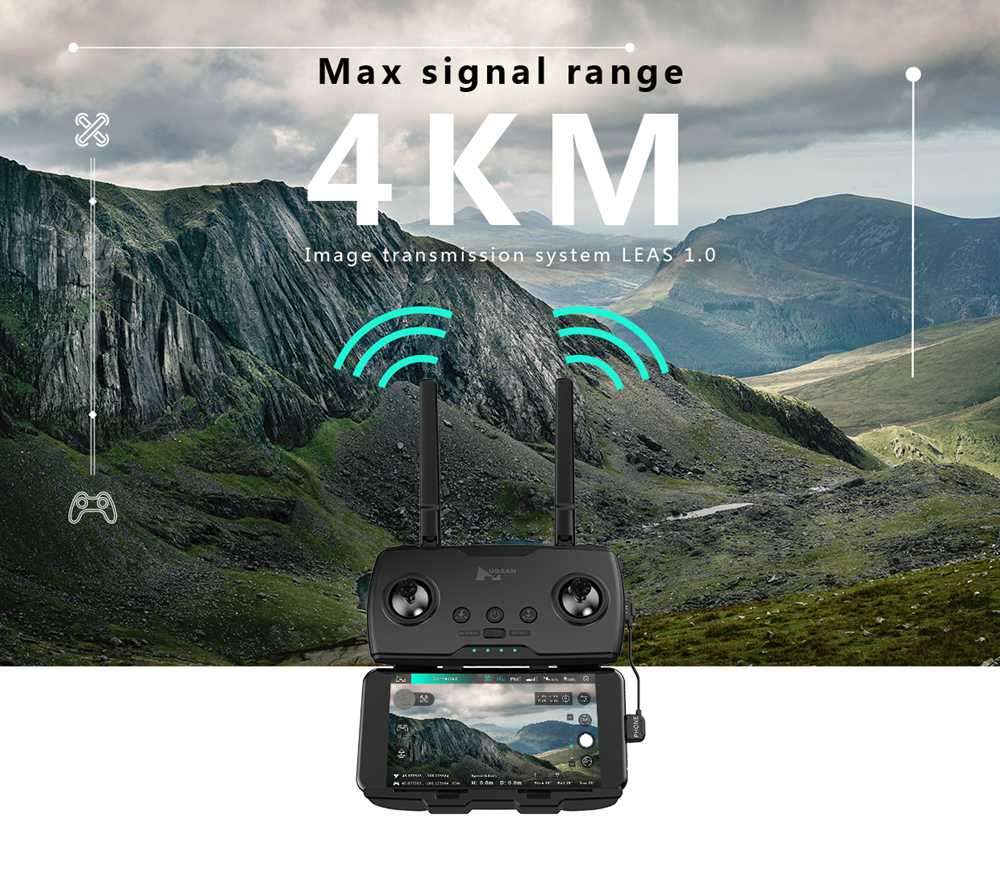 The camera shoots in 4k at 30 fps (but lowering the resolution even reaches 60 fps) and uses the Ambarella A12S chip. The stabilization takes place mechanically thanks to the 3-axis gimbal, while the lens is removable and more filters can be used (to be purchased separately). The Hubsan Zino PRO is full of smart features, first and foremost those related to security. The RTH function, that is an automatic return to the starting point, can be activated manually but is also activated in case of signal loss or low battery. During landing, after the drone has reached the coordinates, a special optical sensor is activated to improve accuracy. 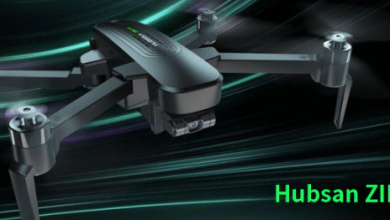 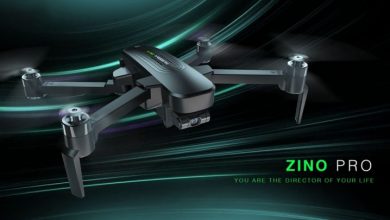