The Huawei Nova 5i quad-camera phone is the most affordable of all three new Nova 5-series smartphones. The Android device packs a Kirin 710 chipset with expandable onboard storage of 128GB and 6GB or 8GB of RAM. The Nova 5i features a 6.4-inch FHD+ punch-hole display and on the rear are four camera sensors and a fingerprint reader. The phone packs a large 4000mAh battery and supports dual 4G LTE.

The big screen has a size of 6.4 inches, IPS LCD touchscreen display with a resolution of 1080 x 2310 pixels and a pixel density of 398ppi. The display supports 16.7 million colors and DCI-P3. The smartphone is fueled with by a HiSilicon Kirin 710 processor with eight cores, GPU Turbo, and up to 8GB of RAM. Both variants come with 128GB internal storage which can be further expanded by up to 512GB with a microSD memory card. 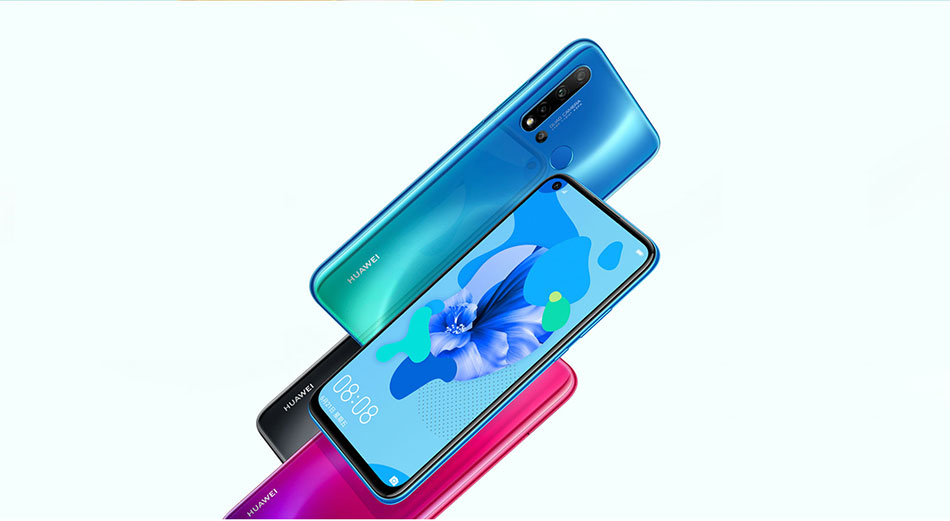 On the back of the Huawei Nova 5i, phone are a total of four camera lenses. The quad-camera setup consists of a 24-megapixel primary sensor with an f/1.8 lens, an 8-megapixel ultra-wide-angle shooter, a 2-megapixel 4cm macro lens, and a 2-megapixel depth sensor. In addition, there is a 24-megapixel front-facing camera with f/2.0 aperture to take selfies or video calls.

The Huawei Nova 5i houses a 4,000mAh battery and supports fast charging technology with up to 18W. The USB port has 2.0, Type-C 1.0 reversible connector for OTG, and USB On-The-Go. Sensors on board of the Huawei phone include a rear-mounted fingerprint reader, accelerometer, gyroscope, proximity, and compass. Connectivity options on the Huawei Nova 5i include Wi-Fi 802.11ac, Bluetooth 4.2, and 4G LTE support. The Huawei Nova 5i is running EMUI 9.1 based on Android 9 Pie. The Android device is available in Black, Amber Red, and Sea Blue colors.

You can find this amazing Buy HUAWEI Nova 5i in the Geekbuying.com with an incredible discount by using Coupon Code. If you want to appropriate this HUAWEI Nova 5i  you just have to enter from the following link: 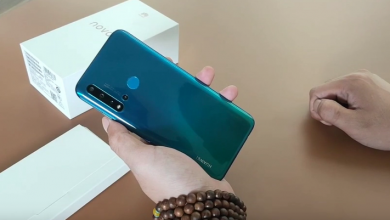