When we were reviewing the Elephone S7 a few weeks back it was the cheapest dual curved smartphone under $150. It is a great handset with many attractive features, especially this refers to the screen. But things change faster than you can imagine. The Elephone S7 is not the cheapest curved screen smartphone anymore! This title is grabbed by the Bluboo Edge – the first curved and bezelless handset of the manufacturer, which also beats all its competitors in terms of pricing. Can you guess how much it is priced? Just $129.99, but earlier it has been rumored to see this device available at $99.99. So most likely the best times are still ahead.

The first curved screen smartphone was the Samsung Galaxy S6 Edge, though LG introduced its own model the way earlier. However, the Korean manufacturer managed to sell millions of its flagship. The curved screen phones is not only the matter of design, this screens change the way we interact with the handsets. In this sense, the most attractive phone is the ZTE Nubia Z9 powered with the Frame Interactive Technology. But this handset is overpriced costing around $600. While many can think this pricing is good, we can get our hands on the Xiaomi Mi Note 2 with better features for about $509.99, but we’ll be acquiring a brand handset. So when the budget exceeds $300, we can afford ourselves to buy a brand curved smartphone. As for budget-friendly devices, we consider only under $150 models. And in this sense, the Bluboo Edge is the cheapest curved screen phone in the globe.

When learned the Xiaomi Mi Note 2 will come with a dual curved design we said this won’t be the only smartphone with such feature. But our predictions referred to Meizu, Vivo and Huawei – we couldn’t think Bluboo will come with such an undertaking earlier than top Chinese brands. However, Bluboo has come and we must pay attention to each element of the Bluboo Edge to find out whether it deserves the money we have to pay.

Before we start I have to say the Bluboo Edge differs from other similar handset by its design. When putting it next to other dual curved phones, it becomes obvious we are dealing with a smartphone designed uniquely. Just look at the photos below, and you’ll understand what I mean.

It looks quite attractive even when put next to the Bluboo Maya Max.

Well, let’s start. The Bluboo Edge doesn’t offer a symmetrical design, and the placement of many ports and buttons will surprise you. But this doesn’t mean the Edge is designed badly. Vice versa, we are dealing with a completely unique handset. It comes with a metal frame, and though it’s not mentioned what a material it is made of, I am almost sure it refers to 6xxx series aluminum we have seen on the Umi Plus E. The manufacturer has used CNC cutting and polishing instead of gaudy craftsmanship making the phone look thinner and more elegant. As a result, the Bluboo Edge comes at thickness of 0.8mm. Moreover, the corners are slightly rounded, and this handset is very comfortable to hold in hand. The ergonomics is at the highest level.

On the front we can find a 5.5-inch HD resolution screen provided by Sharp. It’s made with OGS technology found on the Elephone S1, Doogee Homtom HT6 and Leagoo T1. As you remember One Glass Solution means there is no air gap between the touchscreen and the display panel. Therefore, the saturation and sensitivity are higher due to an improved the light transmittance (over 90%). Plus, devices with such technology weight lighter, because an additional layer is missing. This screen supports up to 5 points multi-touch and it is also protected by Corning Gorilla Glass 4, which means no scratches are dangerous for it. The next advantage of this display is its support for wet hands and glove mode. Thus you don’t have to worry about your wet hands when interacting with this device as well as remove gloves.

There are an 8MP front camera along with a speaker above the screen. The Bluboo Edge comes with a single physical home button on the lower part of the front panel, and surprisingly it has a fingerprint scanner under itself. This fingerprint scanner supports 360 degrees of identification and up to five fingerprints. And it works as fast as possible requiring only 0.1 seconds to operate. But if you think we are dealing with a simple touch ID, you are wrong – thanks to a new touch technology you can make one light touch to use it as a back button, or double light touch to open the menu. Thus this is a new and better experience of using a single button instead of traditional three ones.

The back of the Bluboo Edge looks no less attractive. Thanks to an IML electroplating technology the back panel looks stereoscopic and shows multi-color visual effects at different viewing angles. Moreover, it’s a dual curved phone, which means the back panel is curved as well. Thanks to 3D body as well as iPhone 7-like antenna plastics the Bluboo Edge looks quite amazing. There is also a 13MP camera provided by Sony and accompanied with a single LED flash. But I guess the most interesting feature on the rear is the presence of heart sensor. Thus you won’t have to buy smartwatches for this purpose, as your phone will monitor your heart for healthier life.

As for the location of different buttons and ports, the 3.5mm audio jack, a micro USB port, and a speaker are on the bottom side. The micro SIM card slot is on the top, the volume rocker is on the left side, while the unlock button is placed on the right. At last, two microphones are placed on the top and bottom separately.

Usually such handsets are not good in terms of performance. But something hints me this is not the case. The Bluboo Edge sports a MediaTek MT6737 quad-core chipset found on such devices as the Uhans A101, Homtom HT17/HT20, Blackview E7, Leagoo M5/M5 Plus and so on. Thus it is one of the cheapest SoCs available in the market, that’s why it appears almst on every budget-friendly smartphone. This processor is paired with a 2GB of RAM, ARM Mali-T720 GPU, and a 16GB of ROM that can be expanded up to 256GB.

The Bluboo Edge was tested and it scored 28,603 points at Antutu.

The phone is also packed with a 2600mAh Li-polymer 4.35v battery, and though it helps to improve 15% of capacity in comparison to ordinary 4.2v battery and makes the battery thinner, I am sure it will drainage sooner than the day is over. You can say what you want, but a 5.5-inch screen requires larger battery.

As for connectivity, the Bluboo Edge comes with dual SIM card support, and what’s amazing both of them support 4G FDD LTE. The phone also comes with WiFi 802.11a/b/g/n and Bluetooth 4.0. So everything is all right with this feature.

The Bluboo Edge comes with its unique Bluboo UI based on Android 6.0 Marshmallow and identical with the one seen on the Bluboo Maya Max – one of the most popular handsets of this company.

As I said the Bluboo Edge sports a 13MP Sony camera. Though the pixel resolution is at mid level, the Bluboo Edge is capable of providing good camera performance thanks to an optimized technology. To ascertain in my words take a peek at Bluboo Edge camera samples:

As it’s been supposed, the Bluboo Edge is beautiful outside and clumsy inside. That’s why it is priced at $129.99. But if taking into account this is the first 3D curved phone with this brand onboard, it’s quite acceptable. Moreover, we known this manufacturer is capable of providing budget handsets with a great build quality. So if you want a dual curved phone, but there is no wish to shell out a fortune, the Bluboo Edge is a great option. So hurry to pre-order your own model, before the process is over. It’s highly recommended to put your pre-order before November 24, because may be the manufacturer will start selling it at higher price tag after that date.

BLUBOO Spring Festival Super Deal with 50 Chances to Get Your Phone for Free! 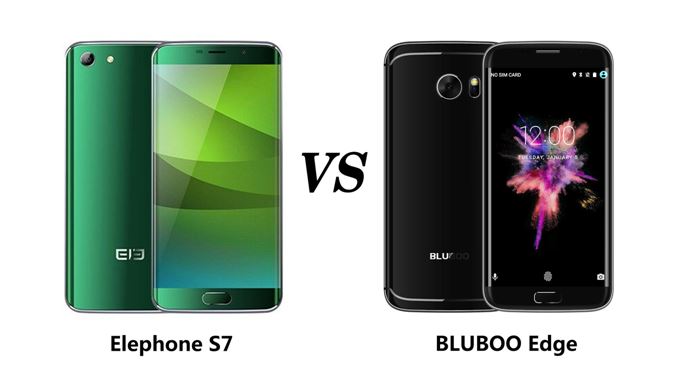 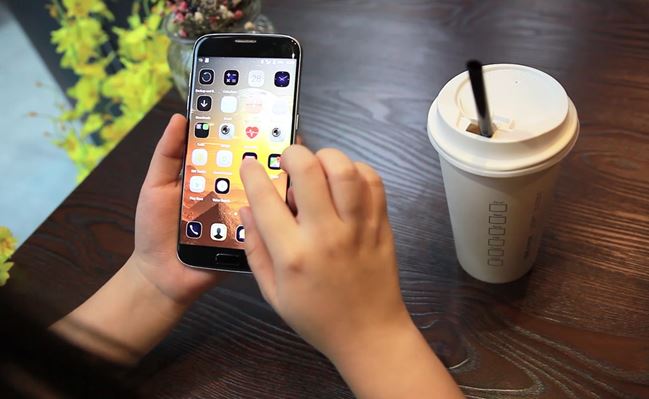