Xiaomi is a great Chinese company that, although it is in the top 3 companies in that country, is also known in almost all parts of the world, and this is both for its products and the way in which it makes them reach customers. These ways are simple, or it is thanks to the online stores, or it is thanks to the physical stores, and we are going to talk about the latter.

As we know, Xiaomi has a large number of physical stores, which are widespread from its homeland of China to many places in the world such as India, Italy, Spain, Greece, the Philippines and France.

The great expansion that Xiaomi has in China

We all know that this Chinese manufacturing giant is expanding constantly, now the company has hundreds of Mi Stores in China. This company started with an online marketing strategy, but since last year it has focused on opening physical stores.

Having said that, the best way to confirm that this company seeks to improve its recognition is to take a look at its latest moves. Last weekend, during July 14th and 15th, Xiaomi opened eight new stores in Beijing, Shanghai, Guangzhou, Wuhan, Changsha, Chengdu, Harbin and Shangqiu. 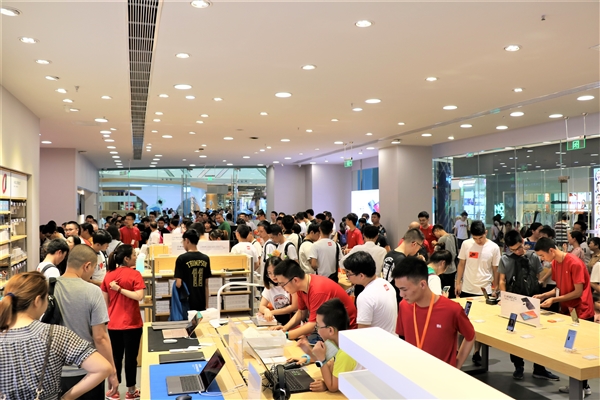 We show you how the new store Mi in China looks

The Beijing Tongzhou Wanda Plaza store (located on the first floor of the Wanda Plaza shopping center) is the twentieth Xiaomi Mi store in Beijing, and it is also the largest, thus having an area of 570 square meters. In addition to that, it also has the largest variety of Xiaomi products within a wide range of categories.

When the company announced its intention to add physical stores to its already burgeoning online marketing strategy, many smartphone enthusiasts were apprehensive and believed that the company would not be able to sustain it. However, it seems that Xiaomi is doing well with its Mi Stores, corroborating that it can achieve everything it sets out to do. 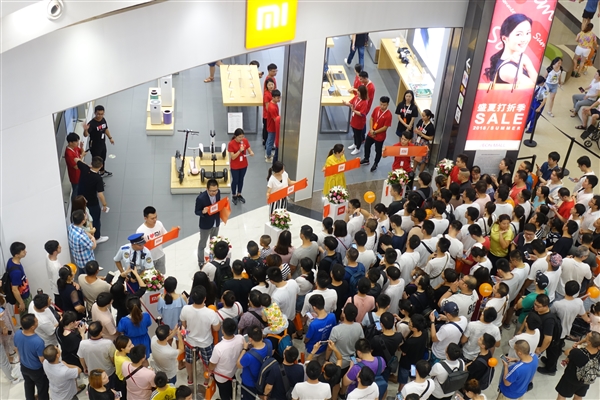