CES 2018 showed us some spectacular gadgets. From rollable LG OLED TV, solar powered smartwatches to connected fridges and connected bathrooms. You could see “smartness” everywhere. The whole show is a feast for the eyes for tech lovers like you and me.

We saw more than 3900 companies exhibit their cool products. But we pick the platinum ones from them for you. Here is our list of 5 gadgets that turned out to be the highlights of this years’ CES!

Attention Gamers! Here is your belated gift from Santa. Nvidia’s Big Format Gaming Display screens. The monitor is a massive 65-inches itself. Promising you a high-end and satisfactory gaming performance, it gives you a 4K HDR resolution. It also includes the help of Nvidia’s partners such as HP, Asus, Acer.

Now this big gaming screen and what about the small lags and stutters? Nvidia’s G-Sync technology will save you from them. The monitor has a 120Hz refresh rate which is lower than Acer Predator XB272 ‘s 240Hz.

Nvidia Shield streamer is installed already. Nvidia Shield is Android-powered Google Assistant equipped streamer for entertainment. You get the Shield remote & a game controller with the TV itself. Although the price is not announced, we know it’s gonna be costly.

This is a genius tech! Can’t wait to see it in action!

Expected Release Date:
It will be available by “this summer”.

US will welcome the flagship phone of Huawei – Mate 10 Pro. The Mate 10 Pro comes with a standard 6-inch display but what the bonus is the display is OLED FullView.

The resolution? 2160×1080 QHD. Movie watching experience is gonna so be great with Mate Pro. An unusual 18:9 aspect ratio may make you use both your hands at the same time. A 402 ppi gives out a clear and crisp image. There are, not one, but two cameras on the back side of the device. Both have a 27mm f/1.6 Leica lenses. One of them has a 20MP monochrome sensor, another one with a 12MP RGB sensor.

The cameras have optical image stabilization(OIS) which help in capturing more light onto the sensor even in dark surroundings. Video recording can be done with a UHD 4k resolution. It is powered by a Kirin 970 chipset with a 6GB RAM. Internal memory storage is 128GB. Mate Pro will run on the Android Oreo 8.0 flavor.

It will be available in a Diamond Black Finish. Huawei also announced in CES 2018 that Porsche Design Mate 10 will be released in the US too. It has similar features compared to Mate 10 Pro. A 6-inch OLED display with a 2160x1080p. Featuring a Kirin 970 chipset, 6 GB RAM and 256 GB of storage, it will also run on Android 8.0 OS.

Expected Release Date:
Both the devices will be available in February.

Here comes the new VR headset from HTC, an upgrade for the previous HTC Vive. The Vive Pro is much better than the original Vive. A higher resolution 2880×1600, you get a 615dpi. A clear and clean view of the picture and you can notice the tiny details better than before. Built-In headphones and better audio quality will surely attract more customers. Not only that, the device is light in weight too.

The lighthouse sensors and controllers will be sold exclusive of the device. A subtle difference from Vive is color. And the additional front-facing camera. The integrated option for headphones has a twist knob to help keep the headphones keep in one place.

HTC Wireless Adapter can remove the wire that runs from the back of the headset to PC. Performance is good & immerses the user into the virtual world. The enhanced resolution helps for the same.

Its a headset worth waiting for. But Vive owners you may not want to upgrade.

Still expecting Apple or Samsung to make history ? Vivo made it at this year’s CES 2018!

The Chinese tech manufacturer came up with the in-display fingerprint sensor on a handset that gives a futuristic feel when held in hand. Vivo handset is a little bit slower in learning the contours of the fingers but we can brush it off.

Well, it’s similar to the traditional fingerprint sensor that you can already find in other phones but VIVO uses the Synaptic Optical Sensor. It works by connecting the pixels on the OLED display and identifying & matching to the patterns stored previously. Why OLED? This technology cannot be achieved on an LCD screen.

You may ask the handset name in your eagerness. But you have to wait as Vivo still hasn’t disclosed the name. The device was found to be similar to OnePlus 5T . A 6-inch screen with minimum bezels.

The Razer’s project Linda is an ambitious project that has taken the world of gaming and technology to a whole new level. So Precisely! Razer took the chassis of its Blade Stealth ultrabook, removed most of the internals, and replaced the track-pad with a slot for the Razer Phone. Thus built Project Linda!

Razer Project Linda turns your Razer Phone into a Laptop!

It is always hard to use your phone to do labour intensive task. This is the problem Razer is trying to solve with its new Project Linda.

Placing the Razer Phone on the dock slot is simple: and on pressing a hardware button that causes a USB-C port to extend directly into the Razer Phone, simultaneously locking it in place. Believe me or not! The Entire laptop is powered by your phone. Which is super cool! You can’t expect all the apps to perfectly adapt to Project Linda because the device is still a prototype and developers need to optimize apps for the device.

Project Linda is just the start of extending your smartphone capabilities. Can’t wait to see what the future has in stock!

Expected Release Date:
At the moment no details regarding the release date, but is expected to launch at a price tag of $699.

Lenovo made its own appearance incredible with the impressing Windows tablet – Miix 630. AAlso Yes! it comes with the latest Windows 10S. The tablet will have a major impact on sales for Microsoft. This will be one of the first laptops running the Snapdragon for Windows since the announcement of Microsoft about Qualcomm powered laptops in October 2017. It will be a major milestone for Lenovo too.

Snapdragon 835 system-on-a-chip processor (SoC) runs the Miix 630 . The GPU is Adreno 540 making your experience with watching movies or playing games or surfing easy and smooth.Possibly, it may be priced at $799 to start, with an included keyboard and a digital pen stylus.Beat that Apple!

A 12.3-inch touchscreen with a 1920×1280 resolution is the display. A protective Corning Gorilla Glass comes as a standard. A variant 4GB RAM with a 64GB storage will be available. The device comes with a new keyboard cover that bends to support the device from the back. The tablet is sturdy and looks premium. Weighing only 1.33kg, it is good for traveling purposes. Battery life is said to be amazing. The standard USB-C port, an SD card reader, a nano-SIM card and an audio jack are present.

Expected Release Date:
Lenovo Miix is said to be released in April.

The stylish fitness tracking watch is the latest product which caught eyes at the CES 2018. It’s one of the smaller watches we got to see at the tech show. But don’t judge it by its size. Its waterproof and the tracking watch is said to last around six months without charging. It can work with a normal watch battery.

It can count the number of steps, calories burned, distance traveled, sleep duration and quality! Misfit Path wearable comes with smart buttons to respect your orders such as play songs or take a picture. There are four variants available: Stainless Steel, Rose Tone, Gold Tone, and Stainless Steel with Gold Tone Accent color.

Expected Release Date:
Be prepared for its spring release for a price tag of $149.99.

Some more worth mentioning here are: 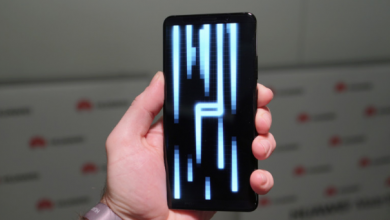 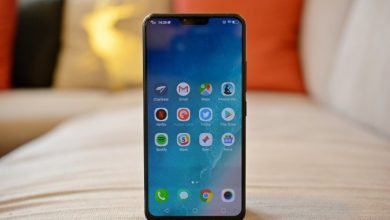