The Beelink’s GT1 TV box is arguably the top-spec Android TV box on the market today. Of course, that doesn’t mean that it’s necessarily the best, but its sleekly designed exterior houses an impressive feature set and top-notch hardware that includes the S912 Octa Core ARM 2GHz processor, 2GB of RAM and 16gb of internal storage. It’s fully compatible with 4k screens and will deliver a crisp HDR picture on the very latest sets.

The Beelink GT1 is relatively small. The TV Box is only 3.78×3.78×0.63 inches. The design of Beelink GT1 Ultimate is modern, geometric, and relatively unique, making it stand out from the run-of-the-mill, simple, black TV Boxes. On the back of the device, we will find the DC charging port, a USB 2.0, an HDMI, the Ethernet port, and the SPDIF. On the left side, there is one more USB and a microSD port. The remote control has various advanced functions. For example, it lets us program some TV buttons.

Inside the device, we will find the octa-core Amlogic S912, clocked at 2Ghz, and the efficient Mali-T820MP3 GPU. The storage space is 16GB, expandable up to 64GB. Meanwhile, it has a DDR4 2GB RAM. Finally, the UI is based on Android 7.1 Nougat.

The Beelink GT1 TV Box is a very powerful device. Its high specs coupled with the ability to play almost any media, Kodi and many other Google Play apps, means it should be a future-proof Android TV device that suits the very latest TV sets. Beelink GT1 TV Box is now available on Gearbest For Just $76.99 on Flash Sale. if you want to buy just Click the Following Button: 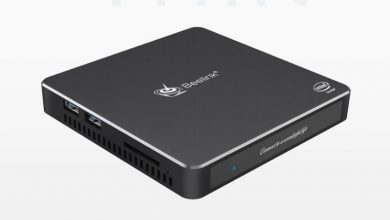 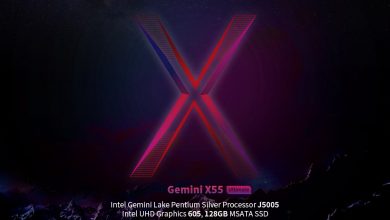