Couple of weeks ago oneplus has updated there Flagship duo oneplus 3 and 3t with the latest android nougat 7.1.1. But there was no major change in terms of designs and UI. But Finally oneplus has rolled out a major update for both the device in the form of oxygen os open beta and this update brings a major redesigned in terms of UI and added tons of features including a new launcher which looks exactly like pixel with the swipe up  gesture for the app drawer.

So basically in this article I am going to show you what are the major changes and added features in this new Update and if you haven’t updated your device yet then I had made a video on that too, so do checkout the description box for the link or you can click on the cards at the right corner of your screen.

So now with that been said let’s start.

The very first thing that you will notice after updating your device is the new revamped version of launcher which will definitely remind you of pixel. Maybe oneplus is trying to become the next pixel by following the same design language and I think they have the potential. Swipe up gesture will give you access to the app drawer which is also redesigned.

One of the best thing that I like about this UI is that it gives you the ability the change icon according to your liking, which means you can download any icon pack from play store and apply it to change the look and feel of your device. But previously you have the ability to customize your icons but unfortunately that has been removed.

Other major change in UI department is the new app shortcut feature which is again taken from the pixel. App shortcuts is basically a software level implementation which work like 3D Touch in iOS in that you can now press and hold on compatible app icons to display a context menu of app shortcuts. All the Google apps support this feature but inbuilt apps and third party apps doesn’t support this yet.

Now if you are very sensitive about your files on your device then you will definitely like this feature. Oneplus has added a built in option in the file manager to securely encrypt and hide your file. In the file manager you will find a new option at the bottom right which says secure box click on that and first time you will be asked to set a password.

Now to secure you file you just have to select it and click on the menu option and select set as secure and boom your files are moved to the secure box. You can login to the secure box either using password or your registered finger print.

The navigation keys could be very irritating while playing games and to overcome this oneplus has added a gaming mode that will basically lock the capacitive keys while gaming and you can also enable or disable do not disturb mode according to your preference.

You can also add games for which you want to enable this gaming mode automatically.

If you are one of those who like to pay using virtual wallet like paytm or any other service then you will be glad to know that oneplus has made you payments more secure and easy to access in the form quick pay. By using this you can pay by just long pressing the home button with the registered finger print and the app will pop up and scan the QR code to make the payment. Now you don’t have to go through with the app itself but as of now this feature is only available in India according to the official statement.

This time you can also adjust the yellow tint toward a colder or warmers tone for which a big thumbs up.

To enable this select the app and turn on notification denoising this option and you are done.

If you are a long time custom rom user then I am sure you will be aware of this feature. This feature will basically enables users to monitor the network speed and you can enable or disable this from the status bar setting.

Now these are the 7 major changes in this new update beside this some minor changes include call recording support which enables you to record live calls, Improved contacts management with linking and merge functions and optimized Electronic images stabilization for better video stabilization.

How to Install this update (Step by Step Tutorial) 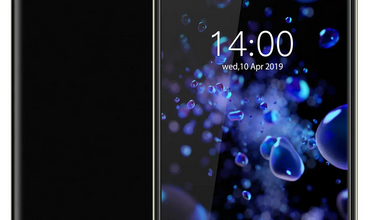 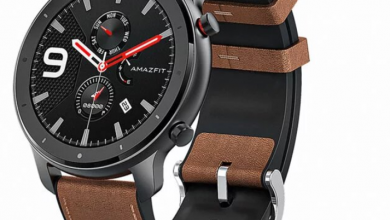