In mid-2018, the first smartphone of the Republic of Gamers ASUS ROG series was unveiled by Asus. It is the line of products aimed at players that take into account aspects that make the buyer enjoy a complete experience in the gaming world. It offers even more competition for a booming segment that has already seen the arrival of Black Shark and the Nubia Red Magic so far this year. 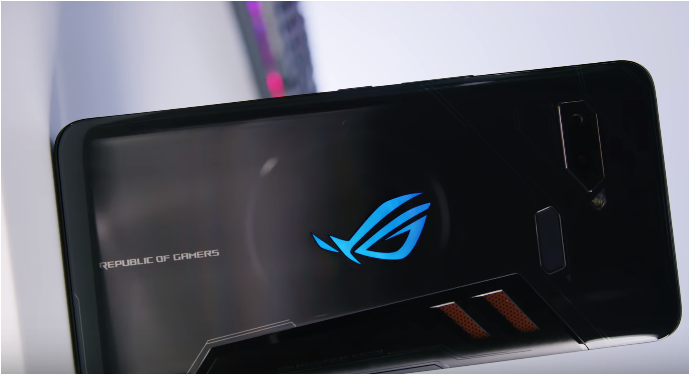 Asus is committed to controlling part of an expanding business in which they are a consolidated company thanks to their previous experience in computers.

Smartphones for gamers represent a niche in which more and more manufacturers are rushing into. The players are looking for a smartphone with very high-end hardware so it is necessary that the manufacturers can provide the necessary performance. Asus does not disappoint, as you can read below in our review.

To start with, the Asus ROG is a new gaming phone with up to 512 GB of storage. It is complete state-of-the-art technology for a spectacular gaming experience.

The last of the ROG is not a PC. The gaming firm goes to the world of smartphones to bring us a product that aesthetically makes clear their tastes. The straight lines, the ventilation vents and the illuminated logo of the company in the back give shape to a very special product that is intended for a very specific public – the players.

Looking at the front, the ROG Phone arrives with a screen in AMOLED quality of 6 inches and FullHD+ quality. The refresh rate of the panel is 90Hz. It is compatible with HDR. Although it is below that which is presented by the Razer, with this ASUS brand, they say that it is enough to provide a good gaming experience.

Looking inside, this is a real beast of technology with a Snapdragon 845 that has increased its power to 2.96GHz and is accompanied by a brutal 8 GB RAM. Do not think that it is short of storage because this device starts at 128 GB and reaches 512 GB. Yes, 512! To close the cast, the terminal features a consistent 4,000 mAh battery, an amazing QuickCharge feature and an Android 8.1 customized by ROG.

Today, we are already aware of the list of the TOP phones of May 2018, as far as power is concerned. However, be careful; this beast could soon cover that list!

As a good gaming phone that this is, ASUS has prepared for this phone some special features that help to obtain a better performance. On the side, we have the “X” button, which as it is in the BlackShark and the Red Magic of Nubia, adapts the settings for the game. The interface goes from having a bluish hue to the usual ROG red. Automatically, all tasks are closed, and the power goes to 100% to the game, activating the ventilation at maximum power. The result cannot be other than a great experience and a fluidity worthy of a Republic of Gamers.

Another interesting section is found in the additions that can be incorporated into this smartphone and that improve its use in different facets.

This new device is the type with great design and gamers components which integrates the following dimensions: 158.5 x 76.2 x 8.6 mm. With 200 grams of weight, it is a heavy cell when compared to the average. This is basically due to its 4000 mAh battery with which you will reach up to 2 days of autonomy with the common use and up to 1 day while on the game. 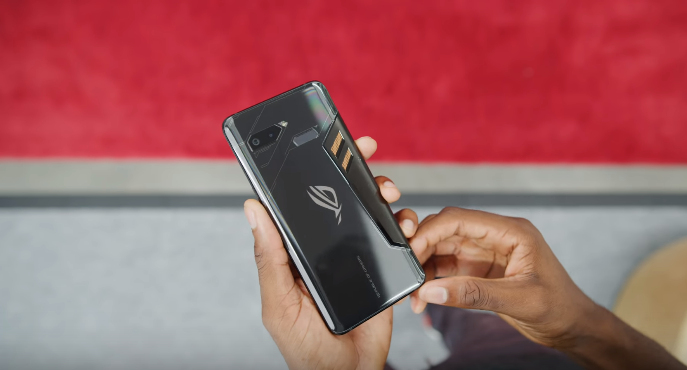 Manufactured in Gorilla Glass for maximum protection, the front, and rear design covers the hardware through aluminum materials where it integrates the Nano SIM card and three ultrasonic sensitive zones which allow interaction with the Rog Phone of ASUS and Razer, especially during gaming sessions.

A phone with a special design

The ROG Phone is not the finest smartphone, nor the lightest. It is also not the biggest with its 6 inches. This feature allows it to hold well in hand, irrespective of the position in which you hold it. The two stereo speakers are located at the bottom and provide good sound.

It is interesting to note that there’s the presence of the ROG logo which lights on the back of the smartphone. You can choose the color you want, or simply remove the effect to save battery power. The fan plugs into a port on the right of the phone, but be aware that it is not particularly stable, but it is supposed to prevent heating during gaming sessions. 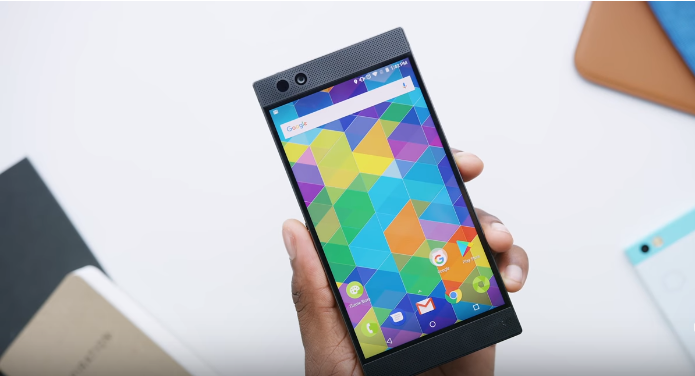 Of course, the display of a gaming smartphone should not be so puny. That’s why the ROG Phone sports a large 6-inch screen – a specimen that uses AMOLED technology. So Asus wants to guarantee a high-contrast playback of games with bold colors. The image change should be done in just one millisecond in fast action scenes. The refresh rate is given by the manufacturer at 90 hertz – more than enough to guarantee smooth playback, but less than the Razer Phone masters (120 hertz).

The scrolling is also very great. This is not only due to the processor and the software interface but also to the refresh of the screen – 90 fps. Note, however, that the Razer Phone reaches 120 fps. You can see the difference between conventional smartphones, especially in games of course. The image is clearer and more fluid since the movements are less blurred. 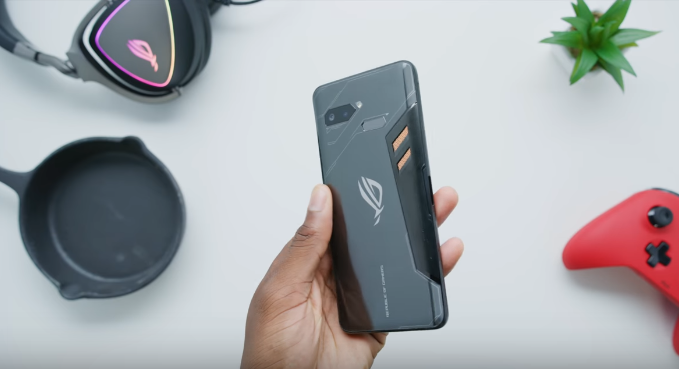 Power is provided by a high-end processor: Qualcomm’s Snapdragon SDM 845. This is one of the first CPUs to rely on ARM’s new “Dynamic IQ” power and performance technology, which replaces the older big.LITTLE format. The SDM 845 has eight Kryo 835 processor cores distributed in two groups of four cores each: the one quartet with four potent ARM Cortex A75 CPUs, which are allowed to operate at a maximum of 2.8 gigahertz, performs the calculation of demanding games. The second quartet takes the calculations of the simple tasks before – for example when using apps like Facebook & Co. The task distribution to twice four processor cores should save energy and thus ensure long battery life. All eight cores are allowed to access a 2-megabyte cache for fast swapping of data (level 3 cache).

If that’s not enough, the processor is an enormous memory for smartphones of 8 gigabytes. And so that the processor does not blow in heated battles under full load, the cooling system 3D Vapor-Chamber, which was specially developed for the ROG Phone, should protect it from the heat death. 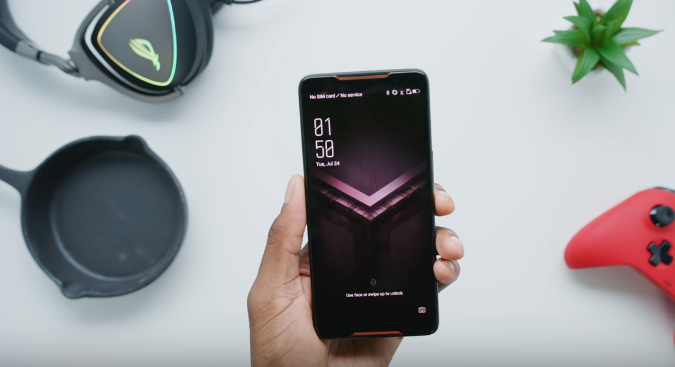 Asus has not only adapted the interface for a more gamer-oriented atmosphere, but it has also added special features for games. Among them, the fan control and logo customization, or the X-Mode.

The ROG Phone battery has a capacity of 4000mAh, which should allow you to finish the day without much problem – at least if you do not play all day. If the battery is empty, you can charge it quickly with Quick Charge 4.0.

With one of the best processors in the world, the Asus Rog Phone is launched to the competition with the powerful Qualcomm Snapdragon 845, with an Adreno 630 graphics card, hand in hand with the latest version of the Android 8.1 operating system (oreo) and two versions for 128 and 512 GB internal memory, hitting the RAM with 8 GB.

Unfortunately, on this device, Asus does not integrate a slot for SD memory, which does not seem to be a problem if you choose the 512 GB version.

A smartphone with many accessories 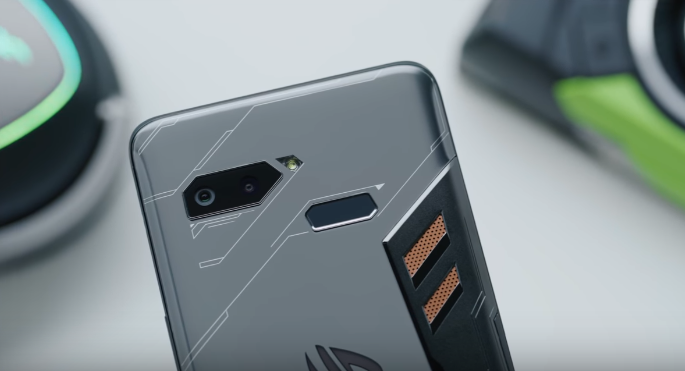 Players should also be able to set up a mobile gaming station with separately available accessories – for example, with the TwinView dock, which puts the ROG Phone into a handheld console with two screens, two additional physical buttons, and another battery. And with the desktop dock, players should be able to connect the ROG Phone even with the PC. The change between Windows and Smartphone should be done easily by pressing a button. It’s also a great thing that the desktop dock has another USB port and an HDMI jack.

Of course, the design of Asus Rog phone is not only for photo and video. However, it does not disappoint in this area as it comes with two sensors in its primary camera. The first lens is of 12 and 8 megapixels respectively, integrating autofocus detection, LED flash, Geo-tagging, face detection, panorama mode, HDR and more features. The video is well covered with a resolution of 2160 pixels at 30 frames per second. The secondary sensor for the self-portrait or selfie is 8 megapixels. 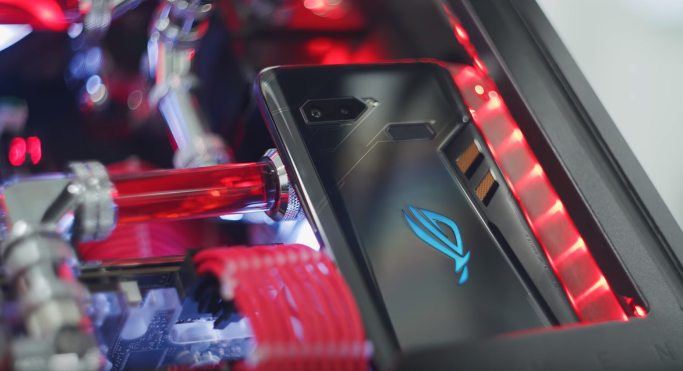 Regarding the sound section, it integrates basic vibration alerts with MP3 and ringtones in WAV format, stereo speakers, 3.5 mm jack for hearing aids, and highlights the implementation of DTS Head Phone X technology.

The ROG Phone has two speakers that broadcast the sound to the front and does not lack trunk. NXP 9874 SmartAmp is there to limit the deformations of sound, and it is clear that it works rather well. The smartphone is compatible with Hi-Res Audio.

It complements the experience with wifi connectivity, Bluetooth 5.0, GPS, GLONASS, BDS, and NFC. Unfortunately, it does not integrate FM Radio. The physical connections are USB 3.1 type C 1.0 reversible connector. The sensors of the Asus Rog Phone are back fingerprint reader, accelerometer, gyroscope proximity, and compass.

The ASUS ROG has as optional extras, different elements that we explain below:

Side Command: As in the BlackShark of Xiaomi, the ROG Phone includes a gamepad with two side buttons that helps us to improve control in the game. 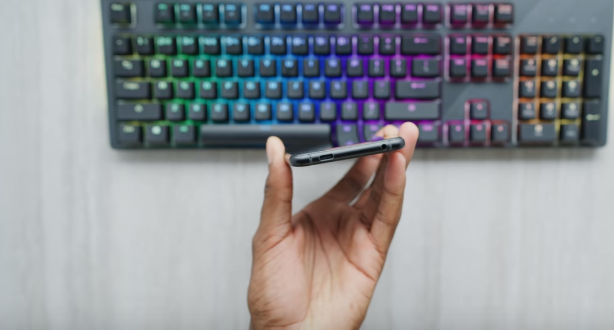 ASUS Control Dock: This product is similar to the Samsung DeX and allows you to connect the phone to a monitor or screen. We can automatically see our desktop on that new screen and use it as if it were a PC.

TwinView Panel: This accessory is quite curious since it includes a screen that we can connect to our gaming phone to turn it into something like a Nintendo 3DS. The screens would be arranged in parallel and each of them, we could perform different tasks.

Active Refrigerator: As it happens in gaming computers, the ROG phone has a docking system with a cooling fan that connects to the ventilation nozzles, drastically lowering the temperature inside.

You will be wondering where all these extra components will be connected. For these, they have been prepared by ASUS, since the new ROG Phone has three type C USB ports located along its side and bottom frame.

We do not forget that in the back, the phone has the same dual camera as the Asus Zenfone 5 of 12 + 8Mp and that promises a good user experience. 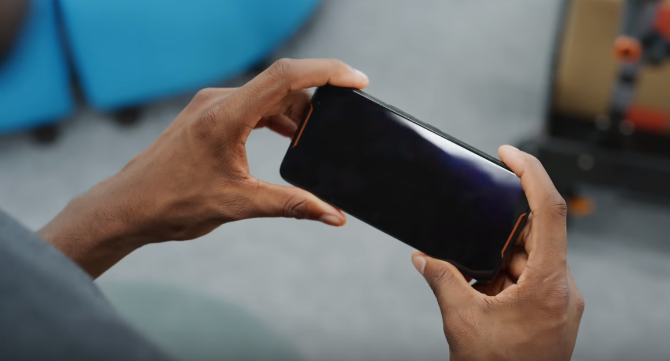 The capacity of the battery: 4000 mAh 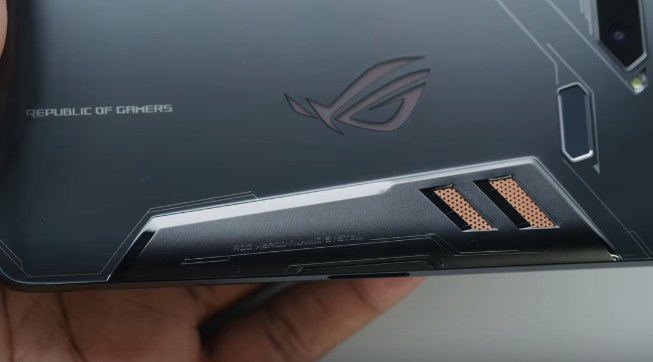 The Asus ROG Phone will only be available in stores from October. Asus has not yet communicated its price. However, according to reports, the device can be pre-ordered from 18 October 2018. There are two models to choose from: a gaming phone with a 128 gigabyte (GB) device memory. The other comes with 512 GB. The smaller version should cost 899 US dollars (about 780 euros), the larger 1,099 US dollars (about 950 euros). 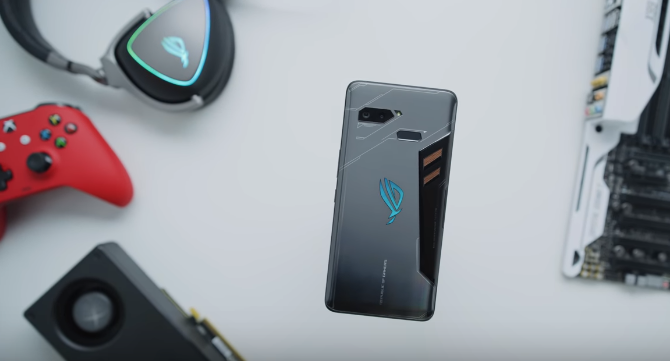 Accessories for the mobile phone – such as a dock (price: 230 US dollars, about 199 euros), which allows the connection of the smartphone to a 4K monitor – should appear in this fourth quarter, according to reports. 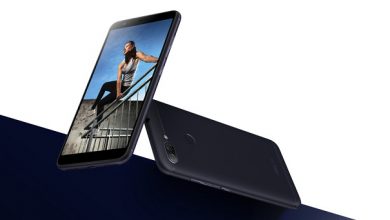 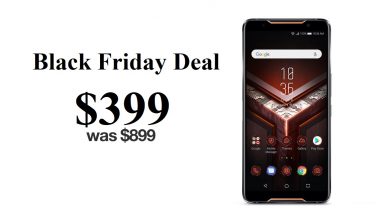